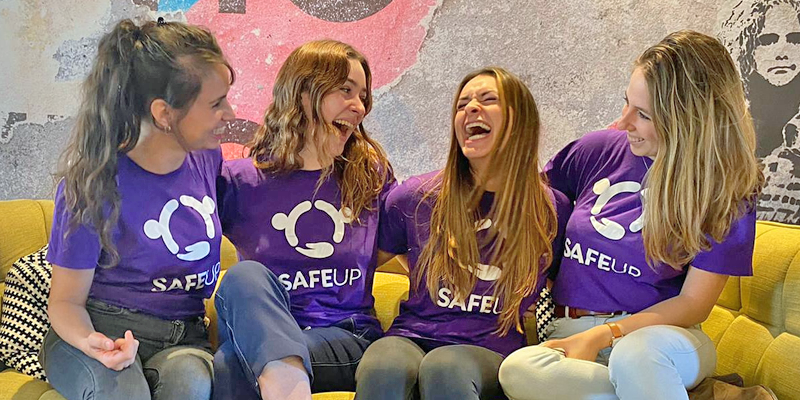 Neta Schreiber is CEO and co-founder of SafeUP, a community safety network that enables women to protect one another. SafeUP’s mission is to create a network of communities in which women can feel safer and more secure going through their daily lives. SafeUP communities strive to increase women’s sense of security and their goal is to make the world a safer place.

“On a day-to-day basis and in general, being a founder is not all rainbows and butterflies. Most people see founders alongside the image of success, but let me bring you to reality. This image should be shattered: being a founder is hard work, one might say even radical.”

An entrepreneur from within

My educational background consists of having studied economics and psychology at university, and I was also a part of a cadet programme for the Israeli local government. Post-graduation, at the beginning of my career, I began working as the deputy director of the education department in a new city while it was being built.

I am a mother of two, and an entrepreneur from within, who loves to create things from scratch and make them thrive. The seeds of women’s empowerment were planted in me when I was young, in a life-changing experience that ignited the creation of my passion for SafeUP.

I was at a house party, ten years ago. At some point, I noticed that my friend went missing and we couldn’t find her, so together with another friend we started to look for her. While searching, we heard my friend’s screams from one of the rooms and as I opened the door, I saw my friend in a vulnerable state, half-naked in a fight with two guys above her. As soon as the men noticed that my friend and I had entered the room, they ran away. Our arrival to the scene changed the whole situation showing there is truth behind the saying ‘strength in numbers’. This pivotal event in our lives gave me the idea for SafeUP.

SafeUP is a social network that enables women to use the SafeUP app when they feel unsafe, encounter any real or potential danger, and require support, guidance, or physical assistance. Giving a strengthened sense of security to women and girls in public spaces, SafeUP ensures that every woman feels safe by connecting them quickly and effectively to nearby trained women guardians. Having SafeUP, community members always know there are other women looking after them 24/7. Someone will be with them over the phone, in a video chat or even in person if the situation calls for it.

Being a founder is not all rainbows and butterflies

I am the CEO and founder at SafeUP. On a day-to-day basis and in general, being a founder is not all rainbows and butterflies. Most people see founders alongside the image of success, but let me bring you to reality. This image should be shattered: being a founder is hard work, one might say even radical. Even when there are successes to celebrate, in a founder’s world the success also leads to further responsibilities, and deeper worries are often accompanied by anxieties.

What a founder needs to be is someone who loves the twists and turns, and at some points often craves them in their day-to-day. Someone who gets excited about uncertainty, loves trying new things and challenging themselves. We, as founders, need to be interdisciplinary people and not experts in one specific field, with a lot of mental resilience and external support. 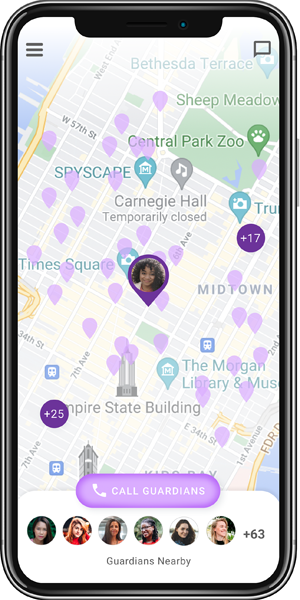 The SafeUP app is available all around the world in the App Store and Google Pay. We originally launched in Israel, as that is where our headquarters are. We made Tel Aviv our beta site as Israelis are great early adopters for technology. After one year of beta testing and gathering all the information we could on helping women feel safe, we launched in the United States and in the UK, and nowadays we have an impressive 100k user base.

The app is available globally but we have focused our efforts up until now on Israel and the UK. Both are countries with highly walkable cities and have a lot of people spending time outdoors. In the UK, we saw an organic spike in numbers using the app following Sarah Everard’s death. This humbling event helped us understand that our technology is necessary to make London’s streets safer for women.

Unfortunately, according to SafeUP’s data, nearly nine in ten women don’t feel 100% comfortable walking alone after dark and even completely avoid certain activities every day. After polling our users, we found that 75% of members feel having the SafeUP community to support them has made them feel safer, 50% of them declared they are spending one hour more outdoors every day because they feel safe having the app on hand and overall, 80% state they feel less alone.

After every single call made into SafeUP, we reach back out to the community member who initiated the call as well as the guardians who answered. The stories we hear lift our spirits every day.

“One evening I heard the cell phone vibrate endlessly. It was midnight, I wondered who it could be? I realised it was a call coming from the app, I clicked and saw the SafeUp Community Member was really close to my house. She said she was walking and that there was someone following her and that she was really scared. She asked me if I could go and accompany her, and I said of course I could! I went out to her and when I arrived the man just walked away, turned his back and left. I calmed her down and offered to call someone who could take her home.”

Hailey, a SafeUP Guardian, shared her own experience:

“I was on my way to an evening basketball practice at my high school. When I reached the school’s gate I noticed that everything is pitch black. I froze. I called a friend that didn’t answer. I remembered the SafeUP app and opened it to call guardians. Three amazing ladies that live nearby answered and spoke with me until I reached the basketball court. A scary experience was changed by a short phone call with strangers.”

Unfortunately, women are still very distant from real gender equality in 2022, hence it is still highly important to mark Women’s Day on 8th March, as long as we use it to promote gender equality and not as a day to hand out nail polish to female employees.

This year on International Women’s Day we will be participating in many panels and lectures to get the word out about SafeUP. In addition, we are producing an event for our Guardian community with inspiring lectures, food, prizes and a women’s party to celebrate the unique sisterhood that exists in our guardian community.

From community to movement

I look forward to seeing SafeUP evolve, becoming a movement as well as a community. At this point, we have local groups of guardians who get together outside of the virtual world of the app and educate themselves on how to make women feel safe in the world. My wish is that SafeUP will keep finding ways to use technology to create a better world for women and the movement will grow all over the world.

And on a final note, I feel I am living my dream: I formed a community of women who are working together to create a safer environment for themselves and others. 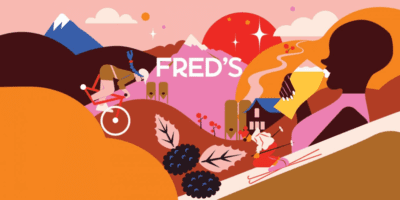 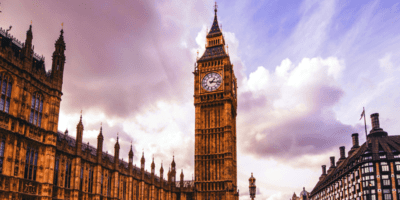 Celebrating women’s achievement, raising awareness against bias and taking action for equality this International Women’s Day and beyond 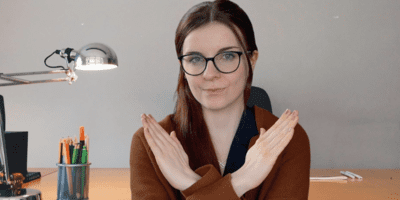