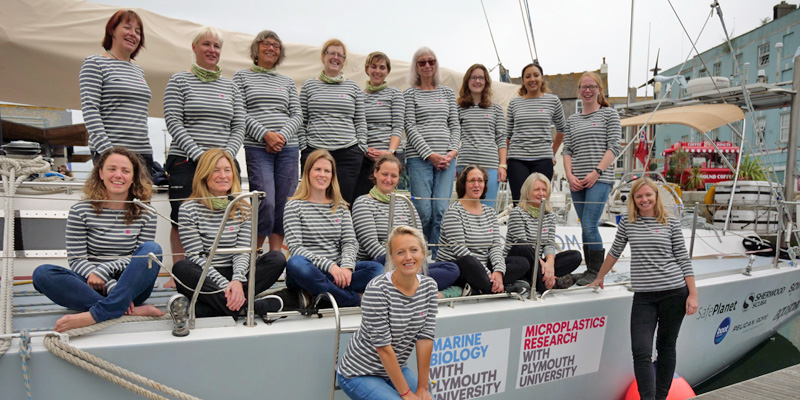 Co-founder and director of eXXpedition, Emily Penn is an oceans advocate, skipper and artist, who graduated from Cambridge University with a degree in architecture. She splits her time between running eXXpedition – a series of all female voyages which focus on the relationship between plastics, toxics and female health – and working on solving the ocean plastics issue with Parley for the Oceans and other corporate clients. In recent years Emily has organised the largest ever community-led waste clean-up from a tiny Tongan island, trawled for micro plastics on a voyage through the Arctic Northwest Passage, rounded the planet on the record-breaking biofuelled boat Earthrace, and worked on a sailing cargo ship trading western supplies for coconuts.

I actually trained as an architect but when I graduated I had the opportunity to take a boat around the world from England to Australia, as a way of hitchhiking to a new job in Australia. Along the way I saw all of the changes that were happening to our oceans – mostly coming across plastic in the middle of the ocean, a thousand miles from land, and then stopping at small islands and finding that they were covered in waste as well.

It was that experience which made me realise there was a problem, but then I also started to see some opportunities for doing something about it. So, I organised an enormous clean-up project to Tonga in the heart of the South Pacific and then set up Pangea Explorations, an organisation which takes people – scientists, journalists, individuals – out to sea in our yacht so they can find out more about what’s going on. When we bring them back to land they hopefully create change around the issue.

Day to day it’s a bit of a combination, really… Sometimes I’m out at sea, so I will spend maybe a month on a boat and 24 hours a day of sailing. You’re doing night watches, you’re doing scientific experiments during the day, and everything else about running a boat at sea. The rest of the time I’m on land, either going to conferences or events and talking about the issue or working with companies on how they can progress the solution. So, it’s very varied at the moment.

I’m working on a project is eXXpedition, a series of all-women voyages around the world. (The XX comes from women’s two X chromosomes!) We’re emphasising the plastic pollution issue, and also the toxic solution that’s in our waters, and how it could be linked to female health – particularly our reproductive health and the health of our children.

Because there’s a lot of pollution out in the environment in the form of endocrine disruptors, that mimic hormones, we’re looking closely at the way that they can affect women. So, we take groups of women around the world, and we do a lot of outreach / education. Some of the women are sailors, some are business women, filmmakers – all different kinds of people who want to look at the problem, because we realised that to form solutions for these issues we need everyone’s skillsets to come together and create a multidisciplinary response.

The extent of the damage that’s been done

In terms of plastic, which is mostly what we look at, we’re now finding 8 million tonnes of plastics going into the ocean every year, and whether the accumulation is ending up in the gyres (there’s five major gyres around the world, which are large systems of circulating ocean currents, particularly those involved with large wind movements). We’ve been going out, studying to just learn as much as we can.

We can see the impact on wildlife. It’s also the fact that these tiny little pieces of plastic, whether it’s the microbeads that are in our cosmetics or the microfibers that come off our clothing, are actually entering into the food chain.

Trying to clean up the mess is really hard because the bits of plastic break down into tiny fragments. Most of the plastic on the surface of the ocean is smaller than your little finger nail and so to clean that up is nearly impossible. What we need to do is try and stop it at source – we need to stop more plastic going out into the ocean in the first place.

The real issue is single use plastic. It’s the plastic-type packaging, water bottles, plastic bags – there are things that we use once and then throw away, and that’s mostly what we find in the ocean. That’s a real headache, but what do you do with all of that waste?

Trying to reduce the amount of single use plastic that we consume will then solve the problem of having to send it away or look what we can do to stop it ending up in the ocean. Unfortunately, most of it’s coming from us, from land, from rivers, streams, drains, waterways. If you flush anything down the toilet, there’s only one place that ends up – it’s going out into the sea and finding its way into these gyres. So that’s where we need to stem the flow.

Working towards a more positive future

What we need to do is right back at the design end of the spectrum. Rather than using engineering to come up with best waste practices, I would be more excited by us figuring out how we can redesign our products so that they can be used again and again, because at the moment we design the majority of our products to be used once and not recycled.

For example, a toothbrush often has three or four different types of plastic all pressed together into one object. If you were to design an object like a toothbrush that could be dissembled or that all made out of one material, it would be much easier for it to be recycled, rather than being thrown in landfill. I’m really excited how we can create closed loop waste systems using science and technology.

How Womanthology readers can support the campaign and make a difference

There’s so much we can all do by eliminating our consumption of single use plastic, each and every day. It means you have to think about taking your plastic bags to the grocery store, taking your water bottle with you or your cutlery so that you don’t have to use disposable cutlery when you’re out and about.

Although it sounds hard, there’s so much that we can do to limit our own personal use, and we can also think about what skill-set we have that we can lend to this issue. If you are passionate about solving this problem, think about how you could effect change in your local community. If you love teaching, think about passing those messages on to others, and becoming an ambassador on the issue, because that’s clearly the best way it’s going to be changed naturally.

Coming up next for eXXpedition

So, we’ve got another big voyage this summer. We’ll be sailing from Hawaii to Vancouver across the North Pacific Gyre, so it’s going to be a big trip. The North Pacific Gyre is one of the most polluted of all of the gyres on our planet. It’ll be very interesting to go back there five or six years on from the last time we were out there to see how things are changing, hopefully getting a bit better!

At the same time, we’re working now with our amazing community of ambassadors – we’ve had nearly a hundred women go through the programme over the last four years and they’re now working in their own communities and workplaces around the world on the issue.

We’ve just launched a website, which is called plasticfreeocean.me. It’s a bank of resources that people can access to be able to be better ambassadors on the plastics issue. It’s looking at the whole spectrum of pollution, the way we can tackle the problem, and there’s also guides of how you can take action, and then a map to help you all connect and collaborate if you’re working in the same place.

If there’s a lot of engaged women out there who want to do something, then that’s a really good place to start and connect with others. Change starts with each of us. 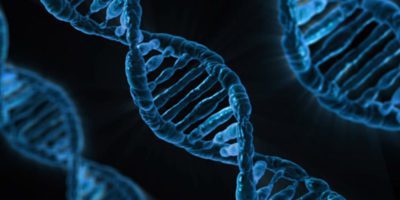 In the age of the Fourth Industrial Revolution let’s rewire the DNA of companies to create diverse teams that embrace new ideas – Saba Shaukat, Managing Director of Sentient Design Lab 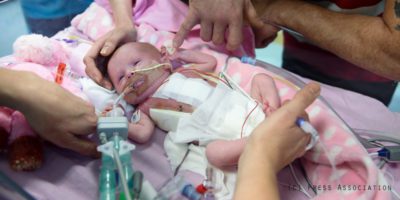 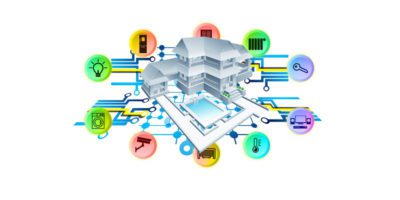 Keeping an eye on the future and harnessing innovation in tech to make our homes smarter – Jenny Trueman, Head of Connected Home and Product Innovation at Direct Line Group