You are currently reading Issue 39: Women in Automotive, September 2015
Skip to content 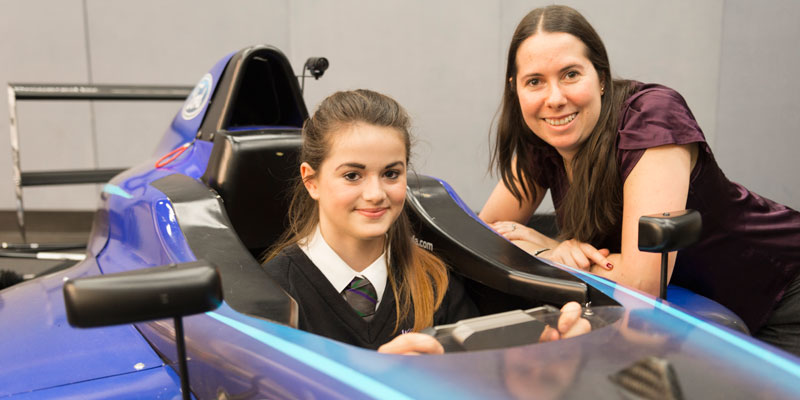 Hannah Pearlman is a Chartered Engineer who works in the Business Associations team at Ford Motor Company and she was a finalist for last year’s IET Young Woman Engineer Award. She was previously a cooling systems senior engineer at Ford where she led the design, development and deployment of the cooling system on a global programme for the next generation of Fiesta. Hannah graduated from Warwick University in 2010 with an Honours degree in Mechanical Engineering with Automotive, having won an Advanced Engineering Leadership Award from the Royal Academy of Engineering, and upon graduation she joined Aston Martin’s Graduate Engineering scheme.

“…I had the opportunity to take part in a cost benchmarking process… The team included members from engineering, purchasing, finance, cost estimation, suppliers and consultants; this was a diverse group who, together, were able to look at the problem with a rounded perspective…” 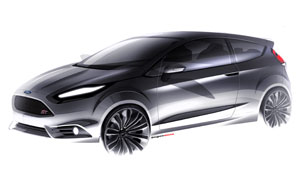 I joined Ford Motor Company almost two years ago to work as a cooling systems senior engineer where I led the design, development and deployment of the cooling system on a global programme for the new Fiesta.

One of my key responsibilities was to lead an international team to achieve the objectives in performance, and also with regard to timing, quality, weight, safety, recyclability, package and cost. This was particularly challenging as my team was located throughout the world, and it was not unusual for me to speak to colleagues in India, Brazil, America, Germany, France and Poland all in one day – however this was a challenge that I particularly enjoyed!

Bridging the gap between engineering and business 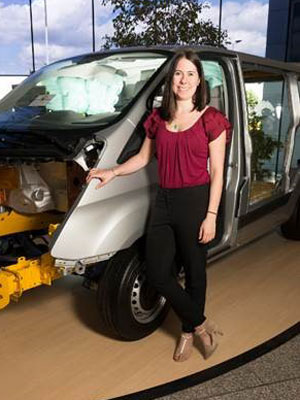 I recently joined the Business Associations team at Ford, where I bridge the gap between engineering and business, working with other companies on shared technologies and manufacturing.

I love the fact that my job is varied and I am able to use a whole host of skills. I enjoy the team work and learning about the different backgrounds of my team, and I even get to use my language skills occasionally. (I speak French to a good level as well as basic Spanish and Italian). There is always something for me to do and work on, I never get bored and enjoy (almost) every moment of it!

It is important in any business to not only keep costs down, but also make sure that you are competitive in regards to your performance against other businesses, and to contribute to the competitiveness and profitability of your company. This is especially important at companies such as Ford who operate in a very competitive market, and manufacture a large volume of products globally – in this situation, every penny counts. 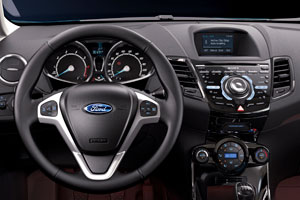 To this end I had the opportunity to take part in a cost benchmarking process. My main responsibilities were to lead the working group, undertake the engineering responsibilities and facilitate the team to achieve a good result. The team included members from engineering, purchasing, finance, cost estimation, suppliers and consultants; this was a diverse group who, together, were able to look at the problem with a rounded perspective.

The process started with the team identifying competitors in terms of cost and performance as well as target market, and I lead this section by researching the vehicles and their components, ordering in examples of the parts, dissecting them and comparing them to their Ford equivalents.

I used this information to select a few key competitor products and we asked suppliers to quote in depth for these parts. The data received from each supplier was then analysed in order to find the theoretical lowest cost for these components; then I further analysed the performance of the competitor parts and the costs to allow me to discover the theoretical cost to a target cost for our parts going forward.

I was awarded a recognition award by Ford for my contribution to this exercise and for going above and beyond in order to deliver an excellent result.

Female engineers at Ford supporting the next generation

This year I organised the National Women in Engineering Day event at Ford Motor Company, where I led a 20-strong team and took responsibility for the design, organisation, planning and running of the day. This was a high impact event which was supported within Ford by both the Manager responsible for all operations at Dunton and also Ford’s chief operating officer for Europe, Barb Samardzich.

The day consisted of welcoming 70 young women aged between 14 and 16 to the Ford Dunton Technical Centre where they spent the morning participating in a number of hands-on activities including clay modelling and building a model car, as well as being introduced to women in engineering at Ford, whilst in the afternoon they went on a tour of the Dunton site, including a drive in some of our products. 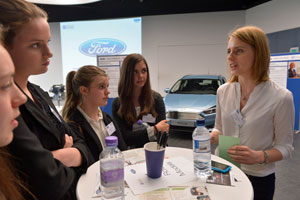 In the afternoon we welcomed 50 engineers from Ford who took part in a diversity and careers workshop. They explored a range of subjects including gender and nationality stereotypes, and unconscious bias.

On the day I made sure everything ran smoothly, fixed any minor hiccups and made sure all the invited guests were looked after and fed!

As one of the leads for the organisation of the day I had the opportunity to not only meet a variety of other employees, but also the external visitors and young women with an interest in STEM subjects. I was able to actively network and speak to the various groups, encouraging the young students, explaining my role and learning from other female engineers.

The day was extremely successful and a very positive experience and I enjoyed the opportunity to meet the various different groups of people both internal to Ford and external. I also found it very rewarding to meet the young women who are, hopefully, the future of engineering in the UK.

There is a quote from Henry Ford which says: “To do more for the world than the world does for you – that is success,” and I completely agree! My motivation to succeed and to achieve in my work as an engineer is based on trying to be a good role model and by giving back to society by encouraging young people to pursue STEM subjects, and engineering in particular.

When I was still a student, I participated in a number of engineering courses and was supported by institutes such as the Royal Academy of Engineering (RAEng), from whom I received an Engineering Leadership Advanced Award.

These courses and the award gave me a real taste for engineering and the confidence to go out and pursue an engineering career. Without their support I may well not be where I am today and I will always be grateful to the people who encouraged me when I was still young.

I therefore understand how important it is to work with young people, to speak about what I do and explain why engineering is a fantastic career. To this end I am a STEM and IMechE Ambassador; I have supported the Engineering Education Scheme; I am helping Ford with the design of a course at a new Engineering Academy; and I am also the single point of contact at Ford to support young engineers who are completing their monitored professional development, as well as mentoring young engineers myself.

The future of engineering is bright 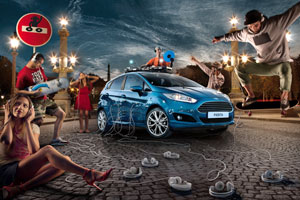 I have also supported the Smallpeice Trust on their Girls into Engineering course both as a pastoral supervisor and as a speaker, giving me the privilege of speaking to 100 young women aged 13-14 about engineering, why I love it and answering their (numerous!) questions. I also had the opportunity to get to know ten of the girls for whom I was responsible a little better and what I saw was incredibly encouraging. If these girls are anything to go by, then the future of engineering is bright!

Having said this, I know that we lose a large number of potential engineers to other disciplines and other areas. Some of this is through a lack of understanding about engineering, and I would love to have the opportunity to reach out to more young people and hopefully help them understand and consider engineering as a career.

Mark Twain said that “the difference between try and triumph is a little umph,” – in which case I hope that I can show you that I have plenty of “umph”!

Entries for the Ford Prize for Women in STEM study are open until 6th November 2015. Click here for more details. 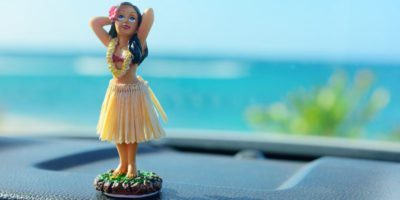 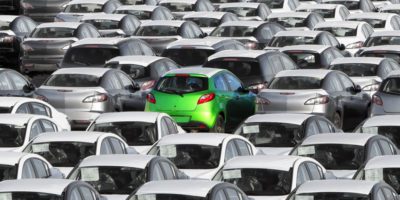 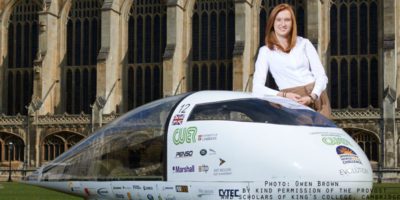 Catch the sun: Leading my team in a 3000km human endurance challenge across the Australian desert in a solar powered car – Aurelia Hibbert, Programme Director at Cambridge University Eco Racing