You are currently reading Issue 145: International Women in Engineering Day
Skip to content 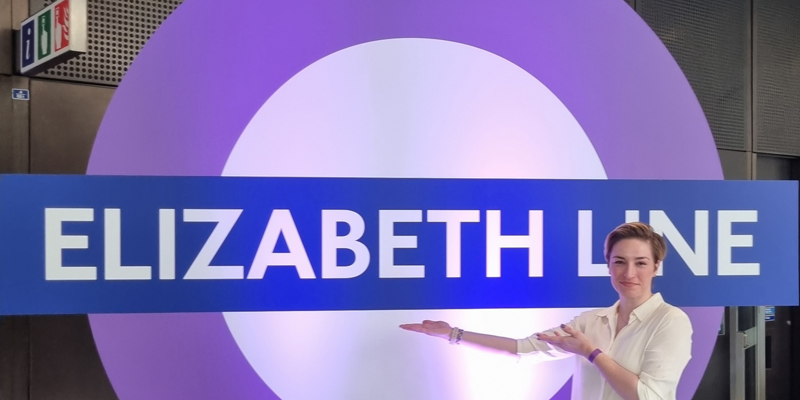 Olga Konopka is a project delivery engineer at Crossrail, having discovered her passion for civil engineering after a career change, initially starting out in craft design. She has more than eight years’ experience working within the rail sector on the client side on several of Crossrail’s largest contracts, i.e. the newly opened Elizabeth line. Olga is primarily involved in contract and design management, stakeholder liaison and interface management, handling and resolving engineering issues, working directly with contractors and Crossrail senior management to ensure a safe and controlled contract delivery.

“Celebrating women in engineering normalises that it’s not a ‘boys’ club’, in this club EVERYONE is welcome.”

My civil engineering career didn’t really kick off until I was 29, when I started at Crossrail. I’ve always been a very practical person and inquisitive about the way things work, but also creative. I have a knack for picking up crafts quite easily, which made choosing a career a little difficult — probably because I didn’t really know at the time about what civil engineering actually involved. I picked subjects I thought would be fun and interesting, leaning towards the creative side.

After my photography, drama, and psychology A-levels, I did an art foundation course, which was right up my street, and from that went on to do a bachelor’s degree in craft design at Staffordshire University. It was three years of playing around with materials, designing and making things – I enjoyed it immensely and in my final year I focused on jewellery, creating a series of kinetic rings, necklaces and earrings. Once I started working in the industry though, I realised that it was simply not for me.

In 2009, two years after my degree, I enrolled onto the engineering foundation course at Kingston University and went on to do civil engineering (securing my bachelor of engineering). Looking back, I think I had an advantage over most of the freshly enrolled students since I already had my fun university experience – this time I was there to do nothing but study hard, for which I gained a 2:1.

Serendipity and the power of becoming one of the lucky seven

In my final year, one of our tutors organised a trip to a Crossrail site at Bond Street, and I remember meeting several people who would later become my colleagues, although I didn’t know it then. It was very cool. I had impeccable timing as 2013 was the year Crossrail was running their first (and only civils focused) graduate scheme – and I managed to get a place!

There were seven of us, and we started in September 2013. I started at Plumstead with the depot enabling works. I very much enjoyed the fact that getting out on site was wholeheartedly encouraged, and I probably should have taken even more advantage of that than I did. The learning curve was extremely steep, and I did doubt myself a few times, but persevered.

After a year at Plumstead I moved to Farringdon, where tunnel enlargement was underway for the platforms. I spent almost three years at Farringdon and witnessed some of the most interesting and varied array of construction works a graduate could hope to see.

As works at Farringdon progressed, I recognised my knowledge banks increasing. With all going well, my line manager asked if I was interested in transferring to a site where my skills could be put to even better use, so I moved to the Ilford Depot.

I focused on Ilford for more than two years and as it drew towards completion successfully and on time, I transitioned into the role of project delivery engineer for minor civils. I looked after evacuation compounds (used in the event of an emergency) and perimeter security for portal areas (a portal consists of two vertical masts which support a single horizontal beam that spans the railway, a bit like a massive goalpost).

The whole job was a massive challenge as I was completely new to civil engineering. There’s so much to learn that it can be overwhelming at times, and I think that was one of the bigger challenges — not drowning in all the information coming at me. Most of the time it was a case of ‘I don’t know what I don’t know’ but it’s not easy to admit that sometimes. Thankfully everyone on the project was always understanding and there’s a really nice atmosphere where everyone helps everyone learn.

The day job varies depending on the workload, but generally, at this point in time, there is a lot of interaction and coordination between Crossrail and Rail for London to effectively translate and hand over knowledge that staff such as myself, who have worked on the project for several years, have accumulated. There are lots of meetings, reports and presentations but that means we are all aligned and able to fully communicate with each other.

As my role has progressed from focusing on individual sites to several at a time, I’m less constrained to a single area. The working from home that started during COVID is actually quite compatible with the work I do now. I enjoy being at home, and find Teams calls work very well as a means of having meetings. When I was in the office, I would often wear headphones to do work, as I found the noise of the office distracting.

The first time I went to see a finished Elizabeth line station was for a rehearsal at Paddington station before Her Majesty The Queen came to open the station. That was when it started to sink in — the grand scale of what we had been working towards for all those years.

The fact that Queen Elizabeth was able to attend on the day made every one of us wide-eyed with excitement and pride — knowing that she had made this effort to be there to open the line despite reports of her mobility issues. It was clear that she recognised how important it was that she pull that cord and officially open the Elizabeth line.

We knew just how lucky we were to be there on that day. All the past issues and challenges were gone and everyone was living in the moment. From then on, the momentum carried on in the media, and the public recognised that and started to get excited too.

Seeing all the images and the hordes of excited commuters on opening day was just magical. The public were with us — excited, inspired, proud — to have Elizabeth line finally added to the Transport for London map. My first actual train ride was on that day and it was also the first time I had come back to Farringdon since my departure. It was such an amazing moment to see the station finished in real life and no longer be looking at the diamond ceiling on a sheet of A3.

I was genuinely beaming with pride seeing people take photos and videos, and taking in the stations and train. I wanted to be a fly on the wall to listen to all the commentary — there was nothing negative, just a constant flurry of “wow” and “it’s so nice” and “oh, look at that”. My favourite comment was from a boy who couldn’t have been more that 12 or 13, speaking to his friend on the Liverpool Street platform saying: “It’s big, it’s bright — it’s everything you want!”. I couldn’t stop smiling after hearing that! (I hope he is on the engineering team in the future!)

I think back to when I was at college and one of my volleyball friends said he was going to university to study engineering and I was completely confused as to what that actually meant. It may have been my ignorance at the time but the thought of sitting in front of complex calculations, or going out to fix a boiler, didn’t really appeal.

It was only after watching a documentary on the Hoover Dam that I gathered my senses as to what civil engineering was. I don’t want to simplify it, but my takeaway was that it’s the most interesting and varied job there can be — it’s like getting paid for solving puzzles and playing with LEGO!

I think there needs to be more information in schools, especially aimed at girls who have interests, not just in maths and science, but who are creative and inquisitive, and have that knack for problem-solving. At that age, had someone suggested civil engineering to me at school I would likely not have been interested. But if they showed me that Hoover Dam documentary, I may not have had the life I’ve had — not that I have any regrets, my timing has been impeccable! Showing girls what all engineers do, but in particular what female engineers do, is a means of giving them someone to aspire to be like.

Celebrating women in engineering normalises that it’s not a ‘boys’ club’, in this club EVERYONE is welcome. We need to even the keel, and future engineers will do that, there is absolutely no doubt in my mind. I’ve already seen school trips visiting the Elizabeth line — that’s what we need to inspire the next generation.

I’ve been extremely fortunate to work with a vast number of extremely talented and intelligent engineers, particularly the engineering managers I’ve worked with. Their knowledge base and problem-solving skills are just mesmerising and I find it really inspiring when I see someone resolving a complex, seemingly-impossible challenge. These people would be able to solve a problem in a single meeting with just a drawing in front of them.

I’ve also had the pleasure of working with several skilled project managers whose work I don’t envy but can stand back from afar and admire. Their skill in managing the project to deliver to deadlines and having those people management skills to drive a team – it’s inspiring. The Elizabeth line engineers are my role models because this is where I learned how to be an engineer, delivering a world-class railway.

Well, where do I go from here?! I’m not really sure how anything can top the last nine years for me! I struggle to think where I will be able to experience the excitement of all the construction elements in a single project. I may have to wait until Crossrail 2 … but I may have to let that one go to the next generation of engineers (and be jealous for all the amazing work they will be able to enjoy)!

There is still some work to close out on Elizabeth line, but I’m excited about the prospect of potentially working abroad. There are some very exciting projects in the USA and also in the East. I think one of those would be very interesting. I’m at a stage where I have the flexibility to do that, so I may have my timing right again!

Crossrail/Elizabeth line will forever be my first civil engineering love though — with the Hoover Dam coming a close second. It’s on my engineering bucket list of places to visit! 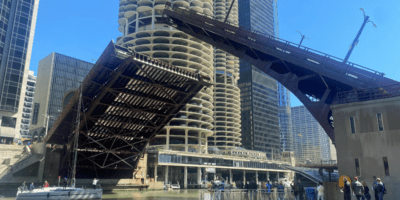 Bridging the inclusion gap and encouraging more women into engineering 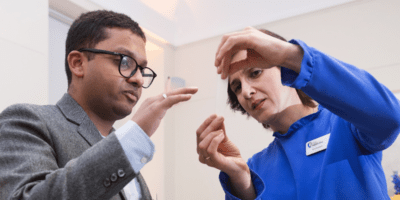 Female engineers in the spotlight: Harnessing the power of engineering to build a sustainable society and an inclusive economy that works for everyone

Ana Avaliani, Director of Enterprise and Sustainable Development at the Royal Academy of Engineering 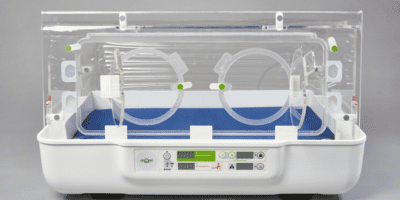