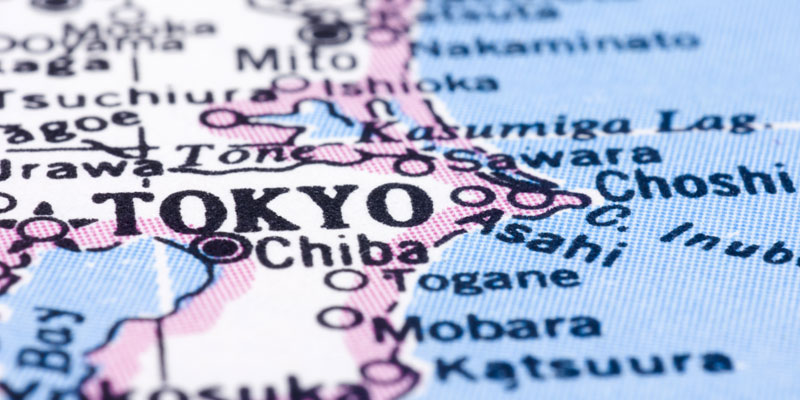 Kay Deguchi is General Manager at healthcare company AbbVie in Tokyo, Japan, within outsourcer 23 Wards. Prior to this she held senior roles at Bell System 24, Stryker Japan, Stryker Orthopaedics, Johnson & Johnson, GE Plastics and The Disney Store in addition to Bain and Company. Kay studied law at Tokyo University and received an MBA from Harvard Business School, where she gained a distinction; she was also awarded the highest achievement on the Dale Carnegie Institution Leadership Course.

“…Take risk. Give it a go. Give it everything. (This is different from being a Wonder Woman.) Too many people are afraid to make mistakes…be it pride, ego, reputation…”

Please can you tell us about your career to date and the route you took to get you to where you are today?

In 1989 I graduated Tokyo University Law Department and joined a multinational seeking an equal working environment and also to learn various industries quickly to find the “right job” for me. I joined Bain & Company (consulting) from 1989-1997. From there I went to Harvard Business School to earn an MBA as it was a “must have” credential at that time in consulting.

After two years at business school, an operating company versus consulting (advisory role) felt enticing. I wanted to get into the real actions of an operation. I joined a start-up company Disney Store Japan, then onto GE Plastics where I served as the first female board member (CFO). GE experience taught me how flawless execution can impact the bottom line, and how in difficult situations we can still move with agility. I also realised that gaining a commercial experience is critical in earning trust from organisation.

I joined Johnson & Johnson’s pharmaceutical arm, Janssen in 2003 and restarted my career as a medical rep (sales rep) in US, throwing myself into a new industry, new function and in a different country. My career went through sales, marketing, business unit director and deputy VP marketing roles in the US, Australia and Japan.

At Stryker Japan (orthopedic implant company)  I was fortunate to became first female president in the orthopedic industry. A few years later, I joined AbbVie, a bio-pharmaceutical firm (a spin-off of Abbot Laboratories) in 2014 as President. Again I was fortunate to be the first female president in a pharma company of a size of over $700 million.

Have you heard the phrase ‘the bamboo ceiling’ and do you think it exists?

It’s there. Not as obvious as glass ceiling, but more subtle. It can be in ways how male bosses treat women:

“If you worked late, wouldn’t you not be able to take care of family?”

“The business trip must be a burden for you.”

“I trust you but your team isn’t sure about having you as the manager.”

These things will continue to exist as we pave our way along. If we take a big picture view, there is always discrimination… Human beings are prone to some kind of prejudice, right? Be it gender, age, ethnic background, heritage, etc. Japan has tendency towards gender and age discrimination.

How is Japanese culture changing in respect of women and work?

Compared to 20 years ago, we have moved the needle. At workforce entry level, the percentage of women matches our US / EU counterparts. It starts to fade as women move up the career ladder. More women have had academic / career experience overseas and have more global mind set.

In April 2013, Prime Minister Shinzo Abe announced his intention to boost the female employment rate in Japan. Why was this and how successful has he been?

Our PM has always been a proponent of gender diversity. He has also made efforts to increase female presence in his cabinet. To make it a nationwide movement, Abe felt Japanese society required a quota by the government (a top down approach) to realise diversity.

Sure enough, a number of large Japanese corporations followed the trail setting goals and promises to enhance female promotion. It is actively been followed.

However this can also be a double edged sword. Setting quota forces quantity over quality. There have been isolated cases where sub-par females employees were used as “iconic figures”. These unfortunate cases have caused more disruption than enhancement.

I believe we will learn over time. Japan only adopted gender equality in hiring in 1988 (16 years ago).

What is your experience of diversity initiatives in large firms? Do they work?

Many companies strive to make the infrastructure (day care, short work time, etc.) and HR process (female advancement quota) work. But without the change in mind set of both male and female colleagues / bosses / teams, it really won’t make a material difference.

Is it true that you were in the same class as Sheryl Sandberg at Harvard Business School?! What do you think of Lean In?

Lean In is a book that talks openly about who we are as women, how we think, how we react, how to be ourselves. Sheryl shares her experiences shedding tears, being angry at unfair treatment, etc. Her style of “being your true self” is invigorating.

So many women in earlier years (i.e. “Nice Girls Don’t get the Corner Office”) fought hard in the male network just to stay above the water.

You’ve talked about research demonstrating the positive effects of diversity on firm’s bottom line. Why don’t all corporates take this thinking on board?

Many Japanese companies wait to see “what the next door neighbour is doing”. The data I referred to was run by McKinsey on US / EU companies. If there is strong data Japanese setting / companies that suggest the same, I feel there will be more of an urge to make things happen.

How do you find male and female leadership styles differ from country to country?

In US, female leaders are more assertive (i.e. Hilary Clinton, Condoleezza Rice). Japanese female leaders are expected to be more subservient and co-working, less aggressive. Both in Japan and US, it seems male leaders tend to have a close-knit internal network, almost like a fraternity. This network is something we hope to be able to learn from and replicate in Japanese women senior management teams to support each other.

You’ve mentioned the analogy of women not trying to be Wonder Woman. How do we dispel myths about the need to ‘have it all’?

We have to compete in every area. We sure need to have strengths (i.e. technical skills, people management skills) that we excel in vs. our peers.

Who did you turn to for guidance and support in your career?

I also admired Jack Welch’s verse “Control Your Own Destiny. Or Someone Else Will”. These are powerful words that made me stand on my feet even at the darkest times in my career.

What would your advice be to women looking to mark their mark in the workplace?

Take risk. Give it a go. Give it everything. (This is different from being a Wonder Woman.) Too many people are afraid to make mistakes…be it pride, ego, reputation, etc. Look at entrepreneurs. Many fail, yet they pick themselves up and start over again.

Who are your role models?

Not a particular individual. I was fortunate to have learned from strengths / weaknesses of many people around me. Fabulous teachers from my school days, “Miss Popular” in class who was able to always get positive attention, truly smart colleagues, difficult clients, even difficult bosses. We can learn from everyone.

During your time in the workplace, have you noticed things improving?

Yes. When I first joined workforce in 1989, male bosses / clients didn’t know how to treat women. I was asked to clean up after meetings, make tea, wipe desks, called “girlie” instead of my name. There were sexual advances from clients which were tolerated within our culture. Nowadays, women stand up more, speak for themselves and there are more of us to look after each other.

What is next for you career wise?

I focus on what I need to do now and the next few years. What comes next… is what my destiny holds for me. As Forrest Gump said, “Life is like a box of chocolates. You’ll never know what you get.” I like to believe that!