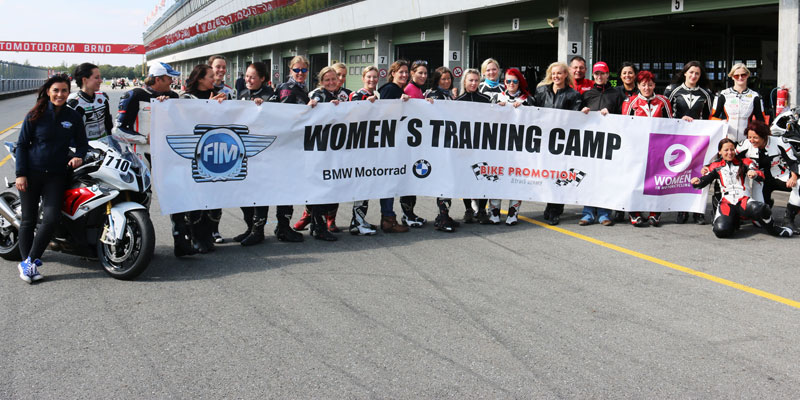 “…we didn’t want to limit the camps only for pro or possible future racers, but also wanted to offer this possibility for amateur riders as well. After three camps it seems that we made the right decision…”

This was the third time we organised a training camp for women together with BMW Motorrad Motorsport and the second time when Bike Promotion was on board as well. This road racing project was started in May 2013 when we had a meeting with Dornaat Jerez MotoGP event where we discussed the possibilities how to get more women into the highest level of road racing – after all Ana Carrasco for example has done a great job in MotoGP.

We decided that the high level training camps are the best possibility to both see the level of female riders and to improve their riding and racing skills. However, we didn´t want to limit the camps only for pro or possible future racers, but also wanted to offer this possibility for amateur riders as well. After three camps it seems that we made the right decision. Now in Brno we had four different groups in order to be able to provide everyone what they needed.

In Brno we had 26 women from 11 different countries so this was our record. This time we also had a race for the first time. All who wanted could take part of the mixed competition between female and male riders and it was pretty cool to see the podium full of only women. 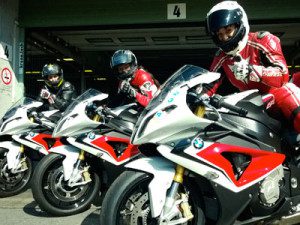 I am also happy that the word about our camps has spread around and I have been contacted by ex MotoGP riders who would like to give their input to our camp. This time Simon Crafar, who is highly appreciated racer and instructor, joined our camp by holding a work shop for the participants.

We organised two previous camps in Spain, at Albacete and Almeria circuits and now this was our first time at the legendary Brno MotoGP circuit. I am sure we will go back there as we all enjoyed so much riding on this beautiful track. You just can´t think anything better than riding with BMW S 1000 RR on that circuit. The bike is just so powerful but smooth and easy to handle which everyone – including me – appreciated a lot.

We had 26 girls from 11 different countries in Brno, we made history in a mixed gender open race showing that many of the women on the camp are extremely strong competitors, and it would be great to see more women competing at the highest level of road racing. And, more importantly, everyone genuinely enjoyed themselves. So all in all we are really happy and already discussing the possibility to organise the next camp in February in Spain.