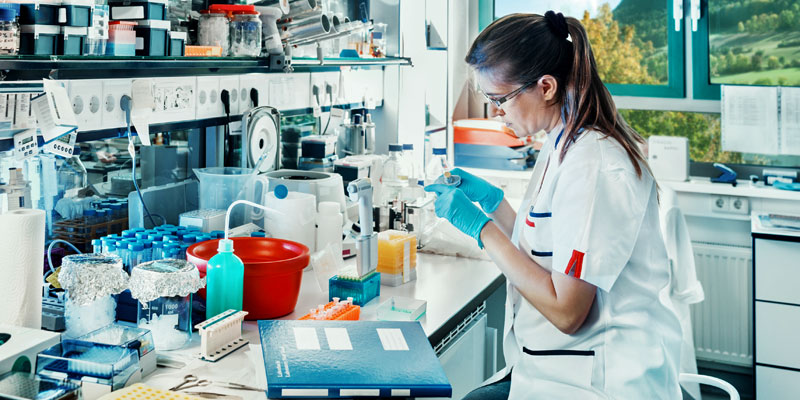 Tera Allas is originally an engineer, but has worked on economic issues in financial institutions, business and in the UK Government for the last 20 years. She has been involved in shaping the Government’s growth and industrial strategy, understanding and finding solutions to boost productivity, enhancing the understanding of market dynamics in energy and climate change policy, and applying cost-benefit analysis and game theory to resource allocation and regulatory decisions. She is currently a Visiting Fellow at the McKinsey Global Institute, a trustee of the National Institute of Economic and Social Research, a Member of the States of Jersey Fiscal Policy Panel, as well as being a member of the Governing Board of Innovate UK.

The power of economics in predicting “how the world works”

I initially trained as an engineer (with a healthy dose of economics thrown in), but soon after joining McKinsey as a management consultant, I realised the power of economics in explaining, and even predicting, “how the world works”, especially in relation to our clients’ businesses. I had always loved data and quantitative modelling, and economics seemed the perfect way to combine elegant conceptual thinking with some real-life, pragmatic analysis.

Later on, when I joined the Government, I discovered what an important contribution economic thinking and evidence can, and should, make to public policy. Answering fascinating questions robustly, while making tax payers’ money go further, was a real motivator for me.

My role within the McKinsey Global Institute

At any one point in time, I tend to lead one of our research projects, typically on productivity or growth, while supporting colleagues around the world working on client engagements and sharing our thinking on discussion panels, through speeches and presentations, and in private meetings with decision makers.

Serving on the Governing Board of Innovate UK

Innovate UK is the UK’s innovation agency. With around £800m of Government funding (in 2015/16), Innovate UK helps companies commercialise science and technology innovations. There are some really exciting examples of companies Innovate UK has supported, such as Ella’s Kitchen, which is transforming the organic baby food market, or Delta Motorsport, whose micro-turbine charger is making wide-spread use of electric vehicles a much closer reality.

The role of the Governing Board is to steer this activity, ensuring that Innovate UK has the right strategic direction and is well-governed. Given the ever-changing economic, political and policy environment, a lot of our work is focused on helping the organisation evolve and change to meet new challenges. 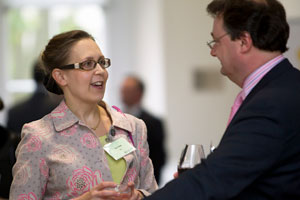 In practice, beyond the formal duties, board members spend time with stakeholders and staff understanding their perspectives and acting as ambassadors for Innovate UK’s work. For example, I took part in a panel discussion called Diversity Disrupts at the fantastic Innovate 2016 event in November, which brought together innovators, funders and policy makers from around the world and showcased the UK’s strengths in innovation.

The InFocus Women in Innovation campaign was set up by Innovate UK to encourage more diversity in innovation. In particular, Innovate UK wanted to make a step change in how we attract and support more women entrepreneurs in the UK . The proportion of UK women in entrepreneurial activity is around half the level of men, and only 14% of applications for Innovate UK’s funding in the last three years came from women. So, there is huge untapped potential here.

Indeed, the response to the competition was almost overwhelming, with significantly more applications than had been anticipated. In the end, rather than giving out a single prize, Innovate UK ended up awarding 15 amazing female innovators. Each winner received £50,000 and a tailored business support package, including mentoring from well-known business leaders.  We believe that raising the profile of female innovators will make a real difference by providing more relevant role models and encouraging women to have high aspirations to grow and the confidence to seek external finance.

Why is female labour is a key driver of economic growth 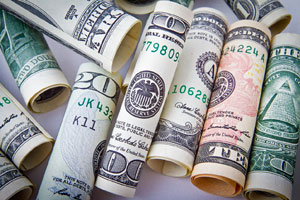 At a global level, the McKinsey Global Institute estimates that improving women’s participation in the workforce could create $12 trillion of additional economic output (GDP); this is roughly equivalent to the economies of Japan, Germany and the UK put together. [Source: http://www.mckinsey.com/global-themes/employment-and-growth/how-advancing-womens-equality-can-add-12-trillion-to-global-growth]

In Britain, if women participated in the economy as much as men, it could add £600 billion to GDP in 2025. More realistically, if each UK region were to improve women’s participation at the fastest pace it achieved during the past decade, then the United Kingdom would add £150 billion to its GDP in 2025. This is equivalent to 0.7% additional GDP growth per year for the next ten years. [Source: http://www.mckinsey.com/global-themes/europe/productivity-the-route-to-brexit-success]

So diversity, and women’s participation is a global and national economic issue. But diversity is also a critical success factor for businesses. McKinsey research shows that more gender diverse firms are 15% more likely to have high financial returns; and that more diverse businesses are 70% more likely to enter new markets – a critical sign of innovation. [Source: http://www.mckinsey.com/~/media/mckinsey/business%20functions/organization/our%20insights/why%20diversity%20matters/diversity%20matters.ashx]

And diversity is an important leadership issue. Staff engagement for individuals that are in a minority is significantly better when their representation rises above a 15% threshold. And given that staff engagement is an important driver of innovation, productivity and performance, it seems a particularly important lever for managers to consider when designing their organisations and nurturing their talent pool. [Source: https://hbr.org/2013/12/how-diversity-can-drive-innovation]

An important finding from our diversity research is that ‘diversity creates dissent’ – in other words, it is not about consensus views and acts directly against ‘group think’. This is almost guaranteed to be uncomfortable at times, but is incredibly important for arriving at the right policy or business decisions. I’m not sure it is about ‘men’ vs. ‘women’, but more about cognitive diversity: different backgrounds, experiences, skills and expertise coming together and contributing to an open, balanced debate.

I think the ideas behind the Innovate UK InFocus Women in Innovation campaign are exactly the right ones: We need to celebrate the great women we already have in STEM, so that others have role models to learn from and can be encouraged in pursuing a STEM career. Attitudes at schools also need to change to get more girls interested in and excited about STEM. There is no inherent reason why girls should not thrive in these subjects. 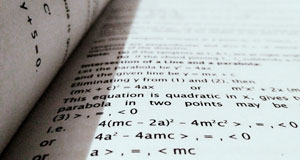 According to the latest PISA [Programme for International Student Assessment] results, in the UK, boys and girls are equally likely to attain the highest levels of proficiency in science, and they are equally likely to expect to work in a science-related occupation at age 30. While girls are more likely to work in health, and boys in IT and engineering, this is a fantastic starting point from which to encourage more women to become science innovators and entrepreneurs. [Source: http://www.oecd.org/pisa/PISA-2015-United-Kingdom.pdf]

Coming up next for me, the McKinsey Global Institute and Innovate UK

At McKinsey, I’m currently leading a major piece of work on government productivity – the degree to which governments around the world are succeeding in turning tax dollars (or pounds or pesos) into the outcomes citizens expect and value. The research is also looking into case studies on governments that have successfully delivered ‘better for less’ and improved citizen services, for example through digitisation and customer-centric design. We find that there is an enormous opportunity for governments to learn from each other, and want our work to contribute to the diffusion of best practice.

We are due to publish this research later this spring, and after that, I’m hoping to join colleagues in an effort to explain why, globally, in Europe and in the UK, productivity growth has slowed down and what the implications might be going forward.

On the Innovate UK front, the Government announced in the 2016 Autumn Statement an exciting new emphasis on, and a significant amount of new funding for, boosting the UK’s science and innovation success. Innovate UK’s challenge is now to scale up its activities in a way that fits this new mandate, and to do this in a coordinated way with all the other key partners in this space.