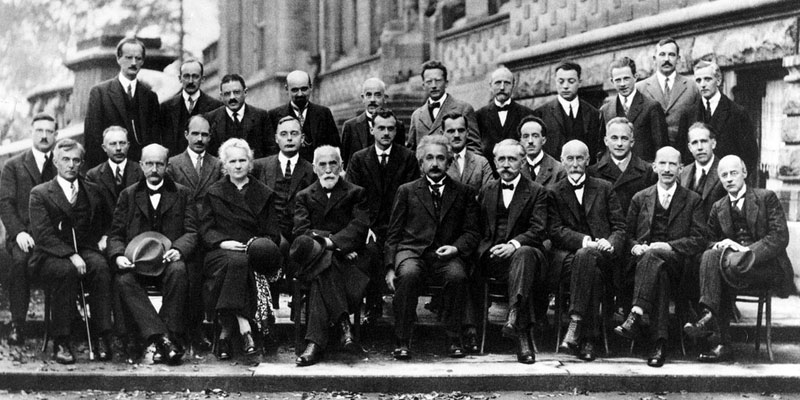 Dr. Stacey Habergham is the manager of an astronomy outreach project known as the National Schools’ Observatory run by Liverpool John Moores University, which gives schools across the UK and Ireland free access to the world’s largest robotic telescope, the Liverpool Telescope. She is originally from Bradford in West Yorkshire where she completed her GCSEs and A-Levels at Queensbury High School before leaving in 2004 to attend university in Liverpool to study Astrophysics. Following her degree she undertook a PGCE in Secondary Science, before being drawn back into Astrophysics and carrying out her Ph.D. and a post-doctoral research post, which led her to to combine her love of astronomy and education by continuing to do some research, whilst spending most of her time communicating science to the public and schools.

“…I think that it would be impossible for anyone to live up to the achievements of Marie Curie, but it is inspirational to see what obstacles can be overcome in the pursuit of something you love. When small things get me down it’s nice to have such a reality check, and to remind me to give something back…”

From wannabe astronaut to real astronomer

I have always been interested in space – I was the child who wanted to be an astronaut and never really grew out of it. The more I learned about physics and astronomy the more hooked I became. One of the things I never planned was that I would have a career in astronomy.

My mum and dad met working in a mill, having both left school as soon as possible, and worked extremely hard to give myself and my sister a wonderful childhood. One thing which was always important was that we valued our education, and that we put the effort in. I always loved to learn and after my sister paved the way by being the first person in my family to complete A-Levels, I decided to go on to University.

I didn’t know initially what to do – my parents just wanted me to be happy and take the opportunities which were ahead of me. A teacher at school told me to choose a subject I enjoyed – then I noticed a degree which caught my eye – Astrophysics: You could do a whole degree about space!

I chose the subject on my UCAS form but never thought that I would get the grades to get on to the course, however, to my surprise I got in! Then the reality hit that I had to leave home and go to a new city, alone, and study a hard subject. Looking back now it was the best decision of my life – I grew in confidence and independence and my love of education allowed me to become well qualified and continue to work in the subject area.

Running the National Schools’ Observatory: I didn’t know that jobs like this existed 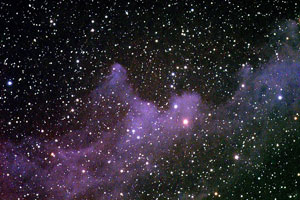 Now I have a career in higher education, with a permanent position, managing both a national project and staff. Looking back I could have never seen my life going in this direction – I didn’t know that jobs like this existed – and I just hope that now I’m in the position to let other young people, from similar backgrounds see the potential they have, and the opportunities which are available to them.

My role now is very varied – primarily I am responsible for the day-to-day running of the National Schools’ Observatory. This involves checking the observations coming back from the telescope, updating the website, supporting the teachers and students accessing the resource and managing a small team of staff.

I also get funding from the Ogden Trust, a charity established to promote physics to young people, and this allows me to coordinate the outreach in our department and to write, develop and present talks and workshops to school pupils, from ages 7 to 18. I love being in the classroom and engaging with young people – it is so rewarding to give something back, and hopefully inspire more young people to go into science, technology, engineering, or maths.

Exploring new ideas with people just as enthusiastic as you are

I also try to act as a mentor within the department, as only one of two female academic staff, and engage with projects such as the Institute of Physics Juno Project – trying to advance equality and transparency within physics departments.

I travel a lot, mainly around the UK, and find myself in meetings a lot of the time – starting new collaborations and projects – I’m still early in my career which means there are hundreds of ideas on how to improve things and new projects for the future. It’s always really energising to explore these new ideas with people just as enthusiastic as you are!

Working with the Royal Astronomical Society

In 2014 I was elected to the Council of the Royal Astronomical Society (RAS). This was unexpected as Councillors are often much more senior in their careers, but I stood for council on the premise of championing early career researchers, equality, diversity and outreach and the membership of the society obviously agreed that these were important issues.

The RAS was established back in 1820 to encourage and promote the study of astronomy, solar-system science and geophysics. I joined the society as a student as it offered support and access to meetings and resources. The RAS champions astronomy and engages regularly with governmental inquiries and reviews to try and keep the funding for science. It also tries to widen its audiences, and has committed £1 million of its funds to work with other organisations to run projects with communities who would not usually engage in astronomy and geophysics, or with the RAS.

Now approximately 20% of the membership is female – we have far to go but it’s amazing to see how progressive the society is now. Being on Council allows me to view the issues facing both our members, and the wider astronomical community, and to be a voice for a community of astronomers who may not have the confidence to express themselves. I have found council to be embracing and progressive and I am so grateful to have been elected and had these experiences at such a relatively young age.

Marie Curie: The first woman to earn a Nobel Prize, and the first person to receive two

Historical female figures in physics and astronomy can be hard to come by – especially if you are from a background like mine. You may only be aware of the women in school textbooks, and these can be counted on both hands. It’s not that women have not made an impact, but traditionally it was difficult for women to get into the field, and if they did, often they didn’t receive the same amount of recognition. However, one role model who always stood out was Marie Curie.

She was the first woman to earn a Nobel Prize, and the first person to receive two. It’s not just for her scientific achievements that I find Marie Curie inspiring, but for what she overcame in her personal life. Despite moving abroad to pursue her education, she kept a strong sense of self and always remembered who she was and where she was from – naming the first element she discovered Polonium after her home nation of Poland.

She experienced much loss as a child with the family suffering financially for supporting Polish independence, and both her mother and one of her sisters dying young. She had to fight to get an education past school level because she was a woman. After only about ten years of marriage she also lost her husband, Pierre, in an accident when he slipped and was ran over by a horse and cart.

Marie herself died aged 66, suffering from the effects of radiation exposure from her research, and work at the mobile radiography units she helped to establish during World War One. I think that it would be impossible for anyone to live up to the achievements of Marie Curie, but it is inspirational to see what obstacles can be overcome in the pursuit of something you love. When small things get me down it’s nice to have such a reality check, and to remind me to give something back.

Grabbing career opportunities with both hands

My career has very much been forged by a series of opportunities which I have grabbed with both hands, and it’s important to be grateful for the opportunities you are given in life. Some people don’t get the chance to go to university, or to work in a field they love. I try and hold on to these things and remember what Marie Curie had to go through to get the same education.

We all have the opportunity in the UK to get an education – no matter what our background, all we need is the support. I was given the support of my parents, who have always gotten me through life, and I hope that the project I now work on, and my work for the RAS, provides some support to the next generation of scientists. I hope that by the end of my career I feel that I have given something back, even if I can inspire just one person to pursue the subject they love.

Coming up next for me and the Royal Astronomical Society

I am now just over a year into my role as the manager of the NSO [National Schools’ Observatory] and I have so many ideas on how to grow the project and give more students the opportunity to get involved in astronomy. We are developing a new website which will allow students to register themselves rather than going through their schools, and will allow for much more interaction with our users.

We will be targeting our outreach efforts with some of the groups most in need, including working intensively with schools in Liverpool, recently named the third most deprived place in the UK.

The RAS continues to celebrate the 100 year anniversary for women with events and articles throughout the year, including being the principal supporter of Ada Lovelace Day in October, and the promotion of 21 portraits of current RAS women fellows who exemplify the diversity of our society now.

The first set of projects funded by RAS200 are under way, engaging audiences such as carers (Care4Carers), adult learners (Workers’ Education Association), young people (the Prince’s Trust), cultural groups (the Eisteddfodau and new planetarium show, The Planets360) and the overarching support of the National Autistic Society to make all of the projects inclusive. We will soon be advertising for the second round of applications to support more projects like this.

I’ve found myself in a position now where I can really make a difference in supporting under-represented groups in science through my different roles and I can’t wait to spend the next few years of my career developing these projects further!