You are currently reading Issue 142: Women in Space, April 2022
Skip to content 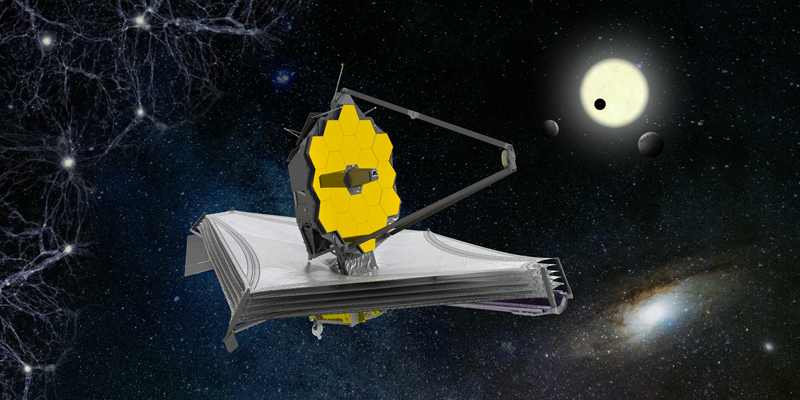 Caroline Harper is head of the UK Space Agency’s space science programme, having joined at its inception in 2011. Caroline works with the space community in academia and industry to develop the sector through strong, focused participation in missions with other national space agencies and the European Space Agency (ESA). She is a qualified mental health first aider and staff well-being champion, offering support and mentoring to colleagues as part of the Agency’s staff well-being initiative.

“Space is a part of so many aspects of modern life; every day, satellites are communicating with our smartphones, TVs, cars, and computers, telling us what the best route to work or school is, how long it will take to get there, and whether we need an umbrella.”

I did not start out in the space sector; I did a PhD in biochemistry, taught science in a sixth form college and worked for the National Environment Research Council (NERC). I programmed NERC’s research ship fleet for many years before joining the Science and Technology Facilities Council (STFC) space science team and then moving into the UK Space Agency on its creation in 2011. It’s been a steep but enjoyable learning curve!

The UK’s Space Science Programme has grown a lot since the Agency was set up in 2011. We currently have 17 major international projects in progress to develop instrumentation for European Space Agency (ESA) science missions, and we are also developing new bilateral partnerships on missions with NASA and other agencies.

To give just a few examples, we are taking part in developing missions that will search for exoplanets orbiting other stars and assess their potential for life, as well as missions to study the sun, the way it generates space weather, and how this can affect us on Earth.

There’s even a mission in the pipeline that will use gravitational waves (tiny ripples in space/time) as an entirely new way to observe the Universe. They’ve been predicted for a long time, but only directly observed in the last few years, so this work is brand new, and we can only speculate on what it will tell us.

Space science is never dull! And there are plenty more examples of our projects on the ‘Science Mission’ pages at gov.uk/ukspaceagency.

My day-to-day work varies enormously. Our Space Science Programme funds UK research and development teams in our universities and national laboratories to design, build and test science instruments and data pipelines for world-class space science missions, and I oversee a fantastic team of programme managers who look after our portfolio of projects.

These science instruments are needed to fly in space and answer the next big questions about the Universe and our place in it, and that means they have to be really cutting-edge new technology, so there are always interesting new challenges to be overcome.

I also meet regularly with our partner organisations: the ESA, NASA, and space agencies in other countries like Japan and Canada, to discuss how we can best work together. Frontier space science missions are ambitious and costly, so they nearly always involve international collaboration, and that’s a big part of my role.

I do quite a bit of talking to the media and the public as well – space science is fascinating, and often very visual, so there is always plenty of interest in any new discoveries. And we are only too happy to talk about them!

Fortunately, my team and I were able to work effectively from home during the pandemic. We have missed the face-to-face interaction, but web conferencing is a very useful tool, and when the rules were relaxed, we even managed to hold some socially distanced meetings outside.

I think our ways of working have changed in the longer term — there will be greater emphasis on flexibility from now on. This does offer more opportunities in terms of both when and where we can do our work, for all kinds of people in different circumstances, which can only be a good thing.

Space is part of our daily lives

Space is a part of so many aspects of modern life — every day, satellites are communicating with our smartphones, TVs, cars, and computers, telling us what the best route to work or school is, how long it will take to get there, and whether we need an umbrella. Space connects us and allows us to communicate around the world.

A lot of the technology we use here on Earth in our everyday lives was originally invented just to do space science and exploration – the memory foam in your mattress, scratch-resistant sunglasses, cordless vacuum cleaners, insulin pumps for diabetics, the list goes on. It’s not all just happening ‘way up there’.

There are so many ways to become involved in space as a career: There are scientists and engineers who design, build and test instruments, or who are good at writing software or analysing the huge volumes of data from science missions and using it to publish groundbreaking new research.

Then, there are project managers, legal specialists dealing with the regulatory issues around the way we use space, language professionals translating at international meetings, communication teams publicising the exciting discoveries, people working on space applications to help developing economies respond to major weather events – the list goes on. 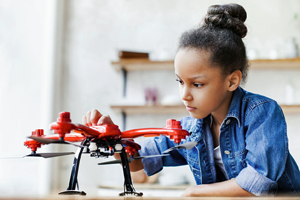 As a former teacher I know how great space is for inspiring kids – boys and girls – to take up STEM subjects and pursue careers in maths and physics disciplines. There’s just so much about the Universe we don’t know, and it’s all out there waiting to be discovered.

More women in careers in the space sector, but still a long way to go…

Thankfully, it’s becoming much more usual for women to have careers in the space sector, but there is still a long way to go, and of course, we need all the talented people we can get to keep the UK at the forefront of new developments. We do have some brilliant female role models and that really helps.

For example, when NASA’s James Webb Space Telescope (shown in main image) launched on Christmas day in 2021, it was carrying four science instruments, one of which, the Mid InfraRed Instrument (MIRI), was built in partnership with NASA’s Jet Propulsion Lab by a European Consortium led by Professor Gillian Wright, here in the UK.

As another example, we are working on a new exoplanet mission, Ariel, for which another UK-based scientist, Professor Giovanna Tinetti, provides the science leadership for the whole European consortium. There are many more, and of course, we have lots of women working at the UK Space Agency too.

I regard being an MHFA (mental health first aider) as one of the most important parts of my work for the Space Agency. Any organisation’s greatest asset is its people, so looking after their wellbeing is crucially important, and UKSA has invested in training a number of us for this role.

We are absolutely not mental health professionals, we are there to provide support, as a sort of confidential, non-judgemental listening service, and to signpost people to get professional help if they wish. With normal day-to-day pressures from work and home life, the effects of the pandemic and the uncertainties of the current geopolitical situation, many people appreciate the chance to talk things through.

Two launches in the pipeline

In the next few months, I will be meeting with ESA, along with other space agencies across Europe, to discuss and plan the next steps for their Science Programme over the next decade. This is an exciting time for space science, with lots of new ideas being proposed by the international research community to consider.

Looking a bit further into the future, we have two new missions slated for launch in the next couple of years: Euclid is a mission to try to unravel some of the mysteries of dark energy, and JUICE will travel to Jupiter to explore some of its icy moons and consider whether the liquid layer under the ice could offer conditions necessary for life.

It’s always a bit of an emotional experience watching a launch – so much hard work, skill and dedication goes into these science missions, involving so many different people, and it’s rewarding to think I played even a tiny part in making them happen. Certainly, I never would have expected it when I started out all those years ago as a biochemist! 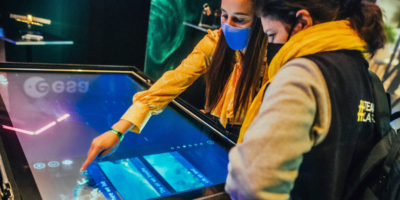 The space sector is opening its doors wider: All backgrounds welcome! 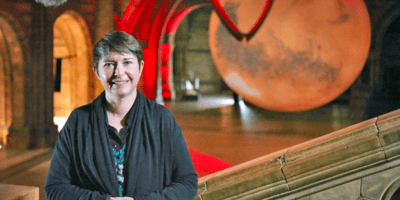 Professor Caroline Smith, Head of Collections and Principal Curator of Meteorites at the Natural History Museum