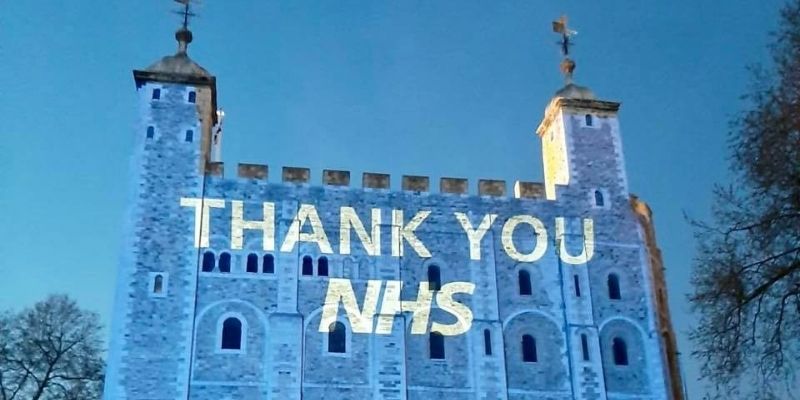 Moira Cameron is a Yeoman Warder of the Tower of London, popularly known as a Beefeater, and she became the first woman to hold the position in July 2007. Yeoman Warders are the Guardians of the Tower and their duties include looking after the visitors and performing guided tours, as well as guarding the Crown Jewels, performing the Ceremony of the Keys and looking after the Ravens. Moira was not the first woman to apply for the job, but she was the first to be offered a position.

“To girls and women who would like to follow in my footsteps, I’d say don’t follow my footsteps – make your own path and only deviate from it unless you really want to.”

No longer the only female Beefeater

In July 2007, after spending 22 years in the Army, I became the first woman to be appointed as a Yeoman Warder (Beefeater) of the Tower of London. For many years I felt I might be the only woman, despite two being interviewed, but thankfully, in March 2017, the second female Beefeater started.

I am coming up to 14 years in the job in July this year and, whilst summers are wonderful to work outside, I am not great in cold weather and every winter I am known as the rubbish ‘Jock’.

Under normal circumstances, we would be looking after the visitors to the Tower (we would expect to welcome 2.75 million people in a ‘normal’ year). We would usually be sharing the stories and history of the Tower with them, which is definitely the best part of the job.

We do however have a more serious side to the role, and we are responsible for maintaining security on the grounds and dealing with any emergencies, which could range from putting out a fire in a bin to casualty procedures.

COVID has had such a detrimental effect on all types of business, and Historic Royal Palaces, the charity that looks after the Tower and five other Palaces, is certainly no exception.

During the first lockdown, I was working on security duties for the majority of the time as we had turned back into a fortress, where no one except a few essential workers were allowed through the gates. We were incredibly lucky with such warm sunny weather.

People who were passing the Tower for their daily exercise were so happy to see us in uniform with many saying it made them feel more secure – if the Beefeaters were still on duty then it would be okay.

In the second lockdown, we have mainly been furloughed and it has been quite a strange time as we have had many of our friends and colleagues made redundant. This brings to mind how lucky we are being able to live and work at the Tower and still have a job.

We did open in July under strict health and safety rules and it was at that point we realised how much the Tower needs people and how much we need people to talk to. We were stopping visitors and making them speak to us for at least 20 minutes, which was really funny, and we had many laughs.

The sadness of COVID is the number of families and friends who have lost loved ones… Because of the silence of London, you really are very aware of the number of sirens there are.

Being part of the Tower community

This time last year we had 46 families living in the Tower, 37 of those were Yeoman Warders and it is very much like a village but with all the benefits of living in London. However, we lost five Yeomen to voluntary redundancy.

With people keeping to their homes more because of the cold weather and others staying at their homes elsewhere, it has been very quiet inside the Tower. When you happen to see a neighbour you haven’t seen for a few months, it makes you smile and appreciate. We are so much luckier than most though as we have a lot of outside areas to exercise in without ever leaving the Tower. 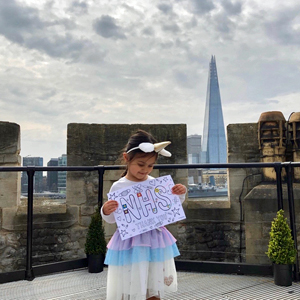 It was so lovely to see the Tower joining in with the massive pat on the back for our carers and key workers as part of last March’s ‘light it blue’ salute to the NHS staff battling coronavirus. We socially distanced that evening in front of the White Tower and cheered.

Two of my neighbours work with the NHS, and whilst one of them said “We are only doing our job,” it still didn’t seem that we were doing enough.

A couple of my colleagues volunteered to work as veterans inside the hospitals and I am hoping to get through as a volunteer vaccinator soon.

International Women’s Day has had an increasingly different effect on me over the years. I find myself seeing more ‘unfairness’ in many situations and sometimes feeling quite powerless to deal with them.

Talking to people about it and what the way ahead just seems too complicated as people are far less tolerant of others’ opinions and beliefs. It is then important to educate people to make them realise it is alright for others to have different opinions – it’s normal, and you can still speak with them even if you have don’t share the same views.

To girls and women who would like to follow in my footsteps, I’d say don’t follow my footsteps – make your own path and only deviate from it unless you really want to.

I think we all put a lot of pressure on ourselves to be perfect but all of us have things we might do differently. The reality of being the first woman to do anything brings its own pressures as if the first woman does the job ‘right’ then it is more likely women will just become the norm in the role.

Getting through and coming out the other side

There isn’t really anything in my plans at the moment; I just want to make sure I get through the pandemic and out the other side. However, one thing that this whole lockdown situation has made me realise is that my family and friends are more important than anything, maybe apart from health, and I am looking forward to spending quality time with them this year.

As far as excitement goes I am just looking forward to some sun on my back and challenging more people with regards to bias. 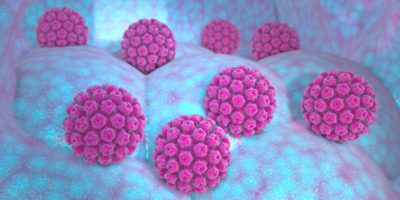 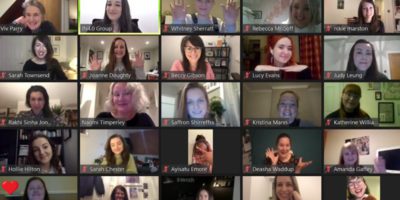 The true spirit of women lifting each other as part of a digital tech and media programme designed around life – Naomi Timperley, Project Director of FreelanceHER 100