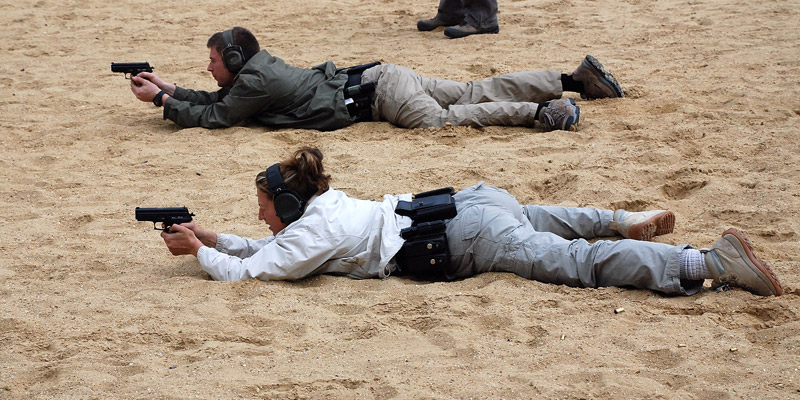 Polly Wilton served in the Royal Military Police in the British Army between 2004 and 2012 in Iraq, Northern Ireland and Afghanistan. She went on to join the Adjutants General Corps Nordic Skiing team as a novice, before competing in the army championships as part of a female team made up of British skiers who won the female trophy. Today she runs a personal training business and a fitness apparel brand – Lover and a Fighter – having worked in fashion retail in Harvey Nichols before she joined the Army.

“My tagline … is: For the females who TRY, for the women who PUSH themselves, and for the ones who DON’T give up. I want the brand to be all about strong women, and women who inspire and motivate.”

Upon leaving school I started a career in fashion retail, I was working in Harvey Nichols when I decided to make a change – I enlisted to the Army. It wasn’t a random decision, it was something that I had always wanted to do and had finally plucked up the courage to do it.

Upon returning from Afghanistan I joined the corps Nordic Skiing team, and we won the women’s trophy at the Army’s competition that year. I left the service after this due to being pregnant with my first child. Upon leaving the military I trained as personal trainer, however before I got my teeth sunk into that as career, I took the opportunity to work at the Glasgow Commonwealth Games in a security role. Upon completion of the games I began to set up my own fitness brand – Lover and a Fighter.

Running a personal training business and a fitness apparel business 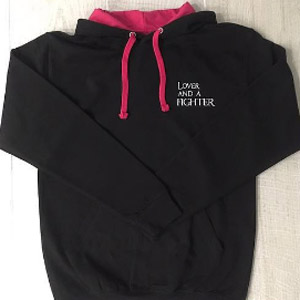 My tagline for Lover and a Fighter is: For the females who TRY, for the women who PUSH themselves, and for the ones who DON’T give up. I want the brand to be all about strong women, and women who inspire and motivate. I launched in the summer of 2015 at a Fitness Expo in Glasgow. It was a bit of a ballsy move showcasing a brand that no one had ever heard of or even seen before, however, it was received really well and I even sold out of vest tops!

After the expo I launched the online shop. Since setting Lover and Fighter up and running, my personal training business had taken a back seat – I had to give the brand the attention to get it off the ground, but I am now in a position to concentrate on them both. My approach to personal training, being ex-Army is a very no nonsense approach, I don’t believe in gimmicks or fad diets – I believe in hard work and dedication to get the goals you desire – I may not be everyone’s cup of tea!

The advice I would give to others wanting to change careers is really think about why you want to make the change. Don’t go into it half-heartedly or unplanned. Go through the pros and cons: Will you benefit from the change? What will you gain? Think about those it will impact – your partner, children. How it will affect them? For me the two things that it always comes down to are firstly and most importantly 1. Will it make me happy? 2. Will it keep me financially stable?

Being a personal trainer was my chosen career for once I left the Army as I am so passionate about health and fitness. I did all the courses and started running fitness classes, with a new baby I didn’t have the time to build my business up and the harsh reality was me and my partner needed to buy a bigger house and we also wanted to get married, but I wasn’t going to get anywhere fast on the pennies I was making, so that’s why I took a job at the 2014 Commonwealth Games. I had to make the change to achieve those goals.

Finishing my contract there spring boarded me to starting Lover and a Fighter. I wanted to be in a job where I could choose the hours and still spend as much time as possible with my daughter. Making the change from military life to civilian life was scary and starting my own business was up there with it! If you are going to make as big a change as this you need to passionate about it, you need to believe in it and you need to give it your all.

Applying the skills I learnt in the military as an entrepreneur

The skills I’ve learnt from previous roles have been put to use in setting up as an entrepreneur. Having been a trained investigator in the Royal Military Police this has helped me to always look at the bigger picture when planning and yet to always remember the finer details. It’s important not to get tunnel vision when you are focusing on something – you never know what you might miss.

Being a personal trainer / fitness instructor you always have to be upbeat and positive (nobody wants someone motivating them to get fit if they’re not motivated themselves!), so if I have a knock back I know I can’t wallow in it – I’ve got to get myself back in a positive mind set and get on with it.

In the driving seat: Creating your own business and following your passion 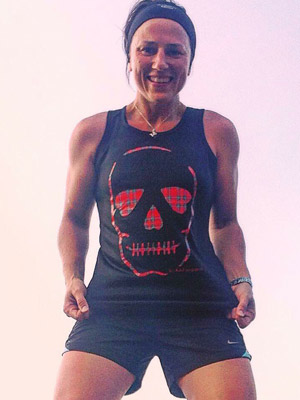 The best part of running your own business is definitely working to your own hours, having that work / life balance, it’s quite liberating not doing a 9 – 5! My daughter goes to nursery in the afternoon, so I can have all morning with her and use the afternoon to work.

Creating your own business means you can follow your passion. I’ve got to work, so I’m doing something that makes me happy and there is no freer feeling than being able to run with your own ideas and creating your own path. It gives you a sense of pride running your own business. It’s an amazing feeling when you are proud of your work, and I still get butterflies when I tell people what I do for a living. It’s great being in the driving seat – you are in complete control and you can take things as fast or as steady as you want.

No second opinions, no office banter and no one to say: “What the hell are you thinking?”

With all the highs there are definitely lows that come with running your own business. It gets lonely to say the least – you can’t have any ‘office banter’ when it is just you sat in front of a computer! I miss having daily interaction with co-workers.

The other thing about being on your own is you have no one to bounce ideas off of. Sometimes it would be reassuring to have someone there to say: “That’s a great idea you should totally run with it!” Or on the flip side someone there to say: “What the hell are you thinking?!” I’ve got to take all the risks on my own, there’s no second opinion from anyone. If you’re having a bad day there’s no one to help share the load and sometimes I just have those days when it would be good to be given a kick up the backside by someone! 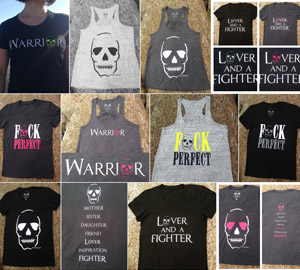 I recently exhibited at the Women’s Adventure Expo in Bristol. I actually came across it on Twitter. (I love the power of Twitter!) It is a brand new event, the first of its kind to be dedicated to women only. Once I learned what it was about I knew I had to exhibit there.

The day was filled with a long list inspiring female speakers – women who had been on amazing adventures and faced many challenges and I was completely in awe and inspired. The women who spoke and the women who attended were all the sort of women that I want Lover and a Fighter to represent – inspiring, strong, willing, caring and motivating. I’m so glad I got to be part of their very first expo and I will very much enjoy watching this event grow.

I have recently joined a women’s rugby team and I am so glad I have. Playing rugby is something I have wanted to do for long time. When I was in the army I was never in the right place at the right time to join my corps team but now I finally have the chance.

People screw their nose up a lot when you tell them you play rugby – I get told: “It’s no sport for women.” I try not to reply with, “I suppose being a bodyguard is not a profession for women either.”

What I love most about our team is that it is predominantly made up of mothers, teachers, and nurses, breaking all the terrible stereotypes of what female rugby players should be like. We have a great coach and played our very first match in November, I think we shocked a few of the men who were watching with how stuck in we got.

The England women’s rugby team winning the World Cup was such an amazing thing for the sport but it was just so frustrating to see that the media failed to gather any momentum with it – especially since the men’s side have been playing so poorly. I made Lover and a Fighter training tops for our team and I’m really proud to have my brand represented by the ladies in this sport.

Taking my businesses to the next level 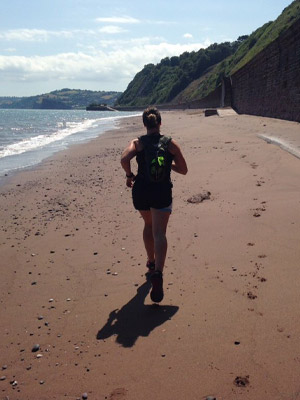 Now we’ve entered a new year I want to take Lover and a Fighter to the next level. Having launched the brand in 2015, looking back I feel like I’ve been quite cautious along the way, testing the water as such but now I’m ready to ramp it up. There is a lot of tidying up around the edges needing done. Marketing is definitely not my strong point and so I will be looking to work with someone in that field.

I will be taking Lover and a Fighter to more Expos – I love the customer interaction and speaking to people face to face about the brand. I will be returning to the SFN [Sport, Fitness and Nutrition] expo in Glasgow again in the summer – it was such a great place to launch and I gained some loyal followers and customers through the SFN Sisterhood group.

For the personal training I feel 2016 is my year for it, I’ve moved to a great area that has some great outdoor spaces to train in and I can’t wait build up a client base, there is nothing more rewarding than sharing my passion for exercise and nutrition.