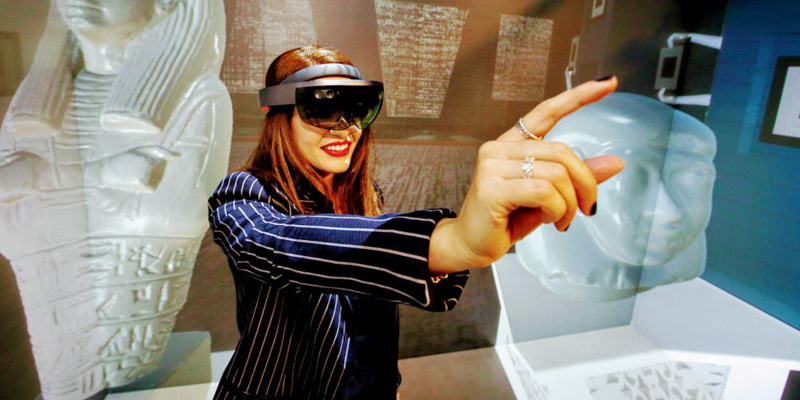 Dr. Larissa Suzuki is a passionate computer scientist and inventor who founded a software studio start up and has received numerous awards, scholarships and recognitions including those from MIT, Intel, Google, IBM, Microsoft Research, Siemens, the Engineering and Physical Sciences Research Council, McKinsey & Company, among others. In 2016, Larissa was profiled as 6 out of 200 young researchers and was named as the WES (Women’s Engineering Society) Prize Winner at the IET Young Woman Engineer of the Year Awards 2017. Larissa has published several research papers in leading academic journals, books and conferences, and she is a frequent keynote, conference, panel and tutorial speaker (including a TEDx), and co-organised a Machine Learning workshop at the Heidelberg Laureate Forum 2017, where the Turing Award winners (Nobel Prize of Computing) meet annually.

“…The power to change the world today is at our fingertips in multidisciplinary and diverse teams, and the fast-pace innovation of technology will amaze all curious girls around the world…”

I have always been fascinated with things that move or change state, like machines, cars, electronics equipment. My main curiosity when I was a child was to understand the mystery behind those things that made them to behave the way they did, and also how could I make them to do what I wanted them to do instead.

I decided to specialise, becoming a scholar to acquire more advanced skills. A couple of months later I pursued an M.Phil. in electrical engineering at the University of Sao Paulo and my thesis contributed ideas to help solve some of the challenges we have in medicine around the early detection of breast cancer in both older and younger women.

Importance of following your passion in computer science, no matter which field

After lecturing and working in industry for over seven years, I started a Ph.D. in computer science at UCL. My work has pioneered data infrastructures and platforms for smart cities, creating designs for smart cities platforms for more than 40 global cities, and the first smart cities data strategy in the world, which was for London. The Institution of Engineering and Technology (IET) has commissioned me to write a book based on my Ph.D. thesis, on which I am currently working. 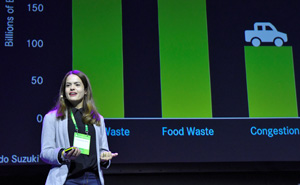 Throughout my 11+ years career as a computer scientist creating my own start up at the age of 21, and working for IBM, Bank of Brazil, ARUP, and the UK Government, I was able to take part and lead many applied computing projects such as helping to save the Amazon Rainforest, breast cancer detection, financial systems, smart cities, sustainable buildings and much more.

I believe this is one of the many amazing perks of being a computer scientist: to be able just follow your passion and work on things that matter to you the most, no matter which field of science they fall into. My inventions and work has advanced many fields of computer science and engineering, including smart cities, data infrastructures, machine learning, emerging technology, and computing applied to medicine and operations research.

My work on a day to day basis

My daily work involves solving one of the most difficult problems we have in cities today. To ensure their survival in the future, megacities of the world are competing to close skills gaps by creating innovative solutions to attract and retain digitally-savvy and creative talents.

In smart cities, young people are vital for a continuous renewal of the economic infrastructure and will be the foundation for the creation of new businesses, initiatives and ventures where innovation will flourish.

Founders4Schools is an edtech company dedicated to improving the ecosystem for scale-ups by closing the skills gap in cities. As head of data science, I am responsible for leading the organisation’s advanced data science capability.

I also lead the building and optimisation of a data and computational infrastructure that can handle batch large scale analytics, real time streaming analytics and perform machine learning, training and prediction to serve young people, educators and scale-ups and ensure that such solutions can be scaled up globally.

Every day nearly 180,000 people move to cities, creating more than 60 million new urban dwellers every year. Alongside population change, cities’ physical infrastructure is struggling to cope with the increasing demands placed on it. Inadequate infrastructures have often been accompanied by the aggravation of many challenges associated urban living in terms of law and order, health, utilities, education, transportation, and delivery basic public services.

Cities have to plan for population growth, and introduce a more sustainable, efficient, and liveable model in urban development. Digital technologies offer a new wave of opportunities to create a balance between social, environmental and economic opportunities that will be delivered through smart city planning, design, and construction.

Smart cities are based on the idea that data, analysed by a suitable framework, can help us to understand how city systems are performing (e.g. transport service levels, quality in water and energy distribution, air quality, mobility), and offer new insights and ways of improving the services delivered to citizens – from public health and social care, to refuse collection, public transport, and to retail in the private sector.

Our capacity to understand how people live and places work, and to create economic impact, as well as social value from data and technology has never been stronger. City data is an incredibly important asset and is the foundation upon which smart cities vision will be built.

Providing efficient access to public and private sector and citizen’s data has the potential to enhance and transform both government and businesses services, as well as stimulate innovation in city services to the benefit of everyone.

I got to know about the awards through an industry mentor who told me I should put forward an entry. I spoke to my boss about it and he provided me with a reference letter to support my entry and emphasise the quality of my work and my achievements as an engineer.

Several weeks after submitting an entry I was contacted by the IET (Institution of Engineering and Technology) informing I had been shortlisted to the interview. I had to give a presentation demonstrating my work as an engineer, and had to answer multiple questions from a panel of judges, which included a previous IET president. A few days after the interview I was informed that I had been selected as a finalist.

I felt very proud and honoured to have been selected as a finalist to this prestigious award. As an award winner, I will be an ambassador for the IET and the Women’s Engineering Society to help the organisations attract more women in to the field of engineering.

There is a big skills shortage in technology and we need more women participating in the creation of the technology that will change the world. I think that we need more engineers in order to ensure human survival. We have any issues in our planet that engineers are able to solve.

The award has given more confidence and faith in my results. Though women in computing have been pivotal in the creation of amazing modern technology, their story is one that’s often told nor celebrated. On the contrary, instead, great tech women pioneers have been all but erased from history, and that needs to change.

We need both women and men joining the tech workforce, however, for girls it is more difficult to make that choice. How can they aspire to become the next Grace Hopper or Barbara Liskov if they never heard of women excelling in tech? Very often women put off technical degrees not because they do not have the cognitive ability nor because they are not biologically wired to do tech.

One of the key reasons (besides barriers of organisational culture) for women not entering the tech workforce is the lack of role models. Marie Wilson once said: “You cannot be what you cannot see,” and those are very wise words. Too often in the tech world, we only see men take centre stage and being celebrated – the Gates, Zuckerbergs and the Jobs.

When I was at university, I learned about them but I had never heard of Ada Lovelace (the first computer programmer), Radia Perlman (the inventor of spanning-tree protocol – STP), Hedy Lammar (the inventor of frequency hopping technologies). The good news is that we DO HAVE amazing women doing astonishing work in computer science (though still not enough!).

We must make them visible to inspire the generations to come. Their ground-breaking work can serve as an inspiration to both girls and boys alike.

Computer science – solving problems through a multitude of activities

Computer science is all about problem solving. It is extremely multidisciplinary and involves a multitude of activities. Besides the role of engineering / programming the systems, there’s:

All the input from these aforementioned work is then translated into ‘code’ – which is also something that anyone can do! I would say to a person not sure if she wants to learn how to code to just try programming by herself / himself, and play with it at her / his own pace to have a feel on what it is like to teach a computer what you want it to do.

There are many available free online courses in computer science and programming (e.g. on YouTube, Udacity, Coursera), and several meet up groups and hackathons (a very safe and support environment) which can help anyone to discover what computing is all about. I am certain that if you dream about becoming a change maker, a career in any area of computer science will enable you to create the solutions that will change the world.

Technology is part of just about everything that touches our lives from phones, cars, movies, games. It influences how we do business and communicate with other people, and it solves the most impactful problems in the world, like creating clean energy or detecting cancer.

We must tell girls that by working in the field of computer science, they will get to dream up all the amazing inventions no one else has thought of yet, and then design and develop them. The power to change the world today is at our fingertips in multidisciplinary and diverse teams, and the fast-pace innovation of technology will amaze all curious girls around the world.

If a girl is interested in computer science, I would tell them to forget about the stereotypes, bring all their previous learning with them (tech is very multidisciplinary), and not to worry if they haven’t got a technical degree. Everyone can learn how to code, and if you don’t enjoy this part there are so many other things you can do in the field.

I am a passionate computer scientist who loves problem solving and one of the early researchers / professionals in the field of smart cities. I have several papers, keynotes, lectures and a book lined up for the New Year.

Besides contributing to science, I will continue mentoring young people, giving keynotes and lectures to transfer knowledge from academic research to corporate practice and vice versa, and deliver innovative smart cities solutions for the benefit of mankind. 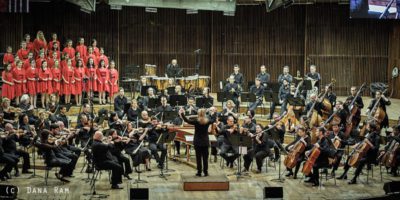 Picking up the tempo of progress towards gender balance in music: Keep going and keep believing in yourself – Talia Ilan, Conductor 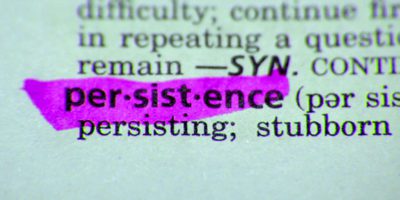 #IDidItAnyway: Here’s to the women and girls who refused to give up – Fiona Tatton, Womanthology Editor 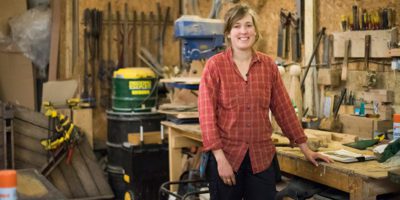