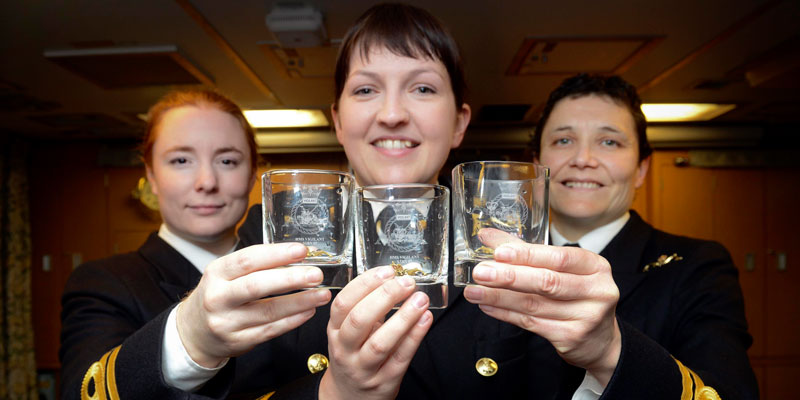 Lieutenant Maxine Stiles, Lieutenant Alexandra Olsson and Lieutenant Penny Thackray made history in May 2014 having become the first three women to serve onboard a Vanguard class submarine in the Royal Navy, following months of specialised training. During the rigorous training, previously only undertaken by men, the three female officers conducted operations on submarine HMS Vigilant learning how to run the complex systems onboard. We thank them for making us all proud. 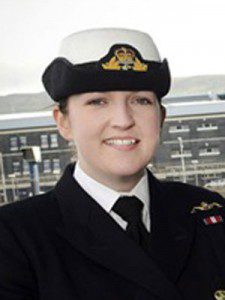 At the end of the day manpower is a big thing for the Navy – as long as you can do the job, it doesn’t matter.

I kept volunteering and volunteering until it came in. Of course it’s been challenging, but women are absolutely capable of doing this job. I think that change can always be a bit of a shock, but I look forward to seeing more and more women getting on board.

I felt like a little sister to 165 brothers. You live as a very strange family. Once we got qualified they were glad for us the same way they had been glad for hundreds of submariners before.

Having a slower process of introducing a few females first in the officer cadre and then ratings has helped. We haven’t just knocked on the door of a submarine and said ‘Can we come to sea please?’ They were really receptive.

We did a long patrol, we’ve come across most things people want to know about, like how you live and how the guys get on with you.

It’s slightly more cramped that you would be used to. Actually you bring your perspective in so you don’t see the lack of space anymore – you see the space that’s there.

It’s a bit of an odd place to live – everything smells the same, it all has this diesel oily smell which you have to get used to. But it’s not a horrible place to live. I managed to have a shower every day, we had laundry facilities, there was gym equipment. And food becomes a massive part of your day; it’s a routine you get into. 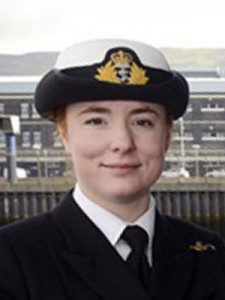 I wanted to be able to say that I had made the most of every opportunity that I had been given in the Navy. It’s very intense and very challenging but that’s what makes it so rewarding.

As long as you can do your job and you’re good at what you do, I don’t think they cared whether you were male or female. 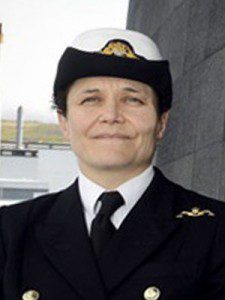 You limit your horizons. I found I just forgot about the existence of some things – someone asked me if I missed bananas. I hadn’t even noticed until they mentioned it. I just forgot the outside world; you get a whole new world.