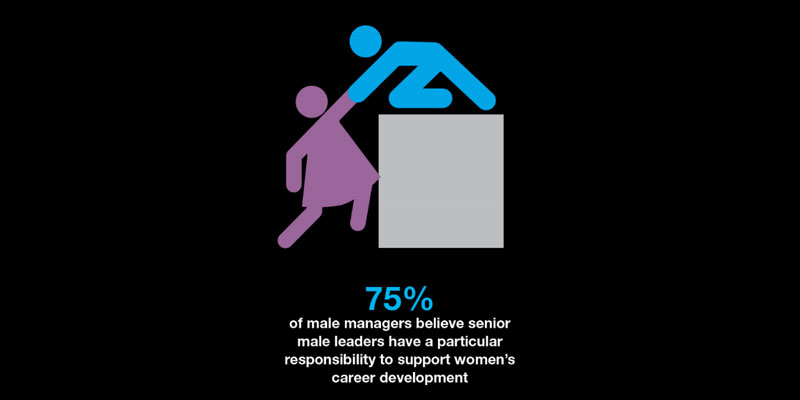 “…Our research shows that 50% of managers have witnessed gender bias in recruitment / promotion decisions, while 42% said they had seen inequality in pay and rewards in the last 12 months. 75% of managers we surveyed believe senior male leaders have a responsibility to support the career development of women…”

In January, we launched our Men as Role Models campaign to raise awareness of the need for men to champion gender parity in the workplace. What many organisations have yet to recognise is that diversity is good for business. Not only does diversity deliver better financial results, better culture and better decision-making, but it is also good for the economy. According to McKinsey, bridging the gender pay gap in the UK by 2025 would add as much as £150bn to annual GDP.

Despite this, gender discrimination is still a problem in the workplace with recent CMI research revealing that 81% of managers have witnessed some form of gender discrimination in the past 12 months. Our research shows that 50% of managers have witnessed gender bias in recruitment / promotion decisions, while 42% said they had seen inequality in pay and rewards in the last 12 months. 75% of managers we surveyed believe senior male leaders have a responsibility to support the career development of women. With International Women’s Day approaching on 8th March, men need to ‘Be Bold for Change’ for us to see any progression in this area. 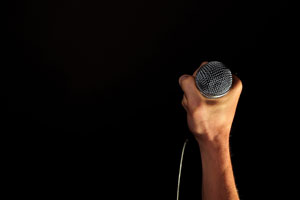 In January CMI hosted an event which showcased senior male leaders from London Underground, PepsiCo, Sky, E.ON and the online investment platform, Nutmeg, who are making great strides in working towards a more balanced workforce and spoke about how it’s vital that men play a central role in delivering a gender-balanced workforce.

Mike Lewis, Chief Executive at E.ON Climate & Renewables, outlined how although the company hasn’t yet reached gender parity, they are on the right track with 28% of its senior executives being women. Mike explained how the company has put clear goals in place to stamp our discrimination and encourage their female employees to rise up through the ranks.

Research shows that rather than being branded ‘aggressive’ and ‘pushy’, most women simply put up and shut up. It’s for this reason that men at every level of management need to champion and support women to rise up through the ranks and get their fair shot at reaching the top.

Another company leading by example is online investment platform Nutmeg, which has a proactive approach to diversity and flexible working. Women account for 40% of the company’s executive team, and CEO, Martin Stead, says he wants more. Fully aware of the rewards that can be reaped from a diverse and balanced leadership team, Martin’s aim is to build a team reflective of the company’s client base.

At CMI’s Men as Role Models event, Martin explained how male staff are helping to make Nutmeg an attractive employer for women with two of the male executives working flexibly to accommodate childcare arrangements, showing it’s possible to balance a work and family life.

It’s about output and outcomes, not about being present

Men need to follow in the footsteps of people such as Mike Lewis and Martin Stead, be advocates for gender diversity, implement programmes for talented women, put women forward for promotion and offer flexible working. It’s not about being present, it’s about output and outcomes, and the sooner this is recognised, the sooner we’ll be on our way to closing the gender pay gap and benefitting from diverse leadership teams.

Women also have a role to play in bridging the gap and rebalancing male-dominated organisations by having a voice and putting themselves forward. Women need to showcase their potential, not wait for it to be recognised in a culture where men are very good at putting themselves out there and showcasing their own ability.

Employers still have a long way to go in recognising the value of gender balanced organisations and the business benefits this brings, but if there’s one thing we can learn from the likes of Sky and Nutmeg, it’s that men have to get involved if things are going to change.