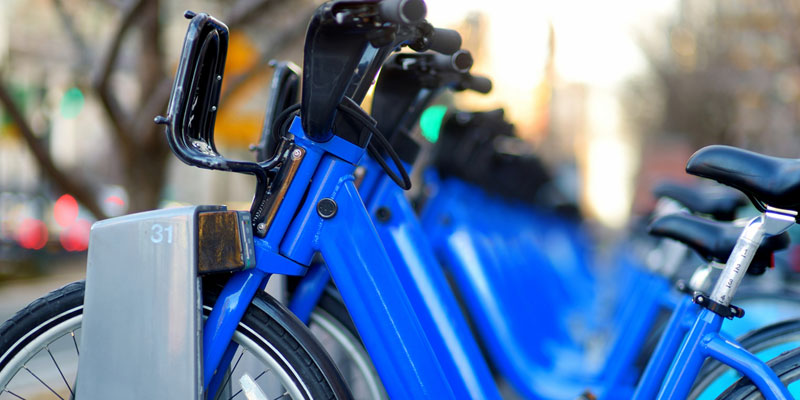 Debbie Wosskow is CEO and Founder of Love Home Swap, a club she set up in 2011 where homeowners can swap, rent or use points to stay in over 75,000 properties in 160 countries worldwide. Debbie has co-founded several other ventures including ‘Collaborative Consumption Europe’, Maidthorn Partners and Mantra Public Relations. In November 2014, an independent review of the Sharing Economy Debbie led for the UK Government was published which made over 30 recommendations that seek to help people make the most of their homes, cars and other assets, and build a nation of everyday entrepreneurs. 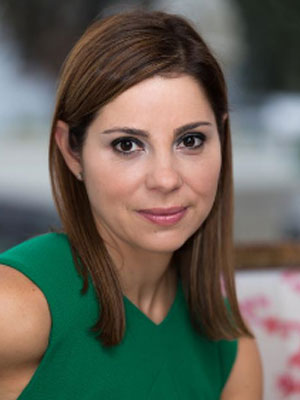 “…the more that we can make the Sharing Economy mainstream, the more that families, parents, mothers realise that this is a different way for them to work, the more opportunities there’ll be for women ( and indeed men) to increase their earnings. They can to earn money through the things that they already own and work in a different way…”

The Sharing Economy is the term that’s used to refer to a whole new breed of businesses that have sprung up to help people to make money and save money from the assets that they own – their car, their home, their clothes, their power tools and the skills that they have – either the thing that they do for a living or a skill that they might have on the side.

Some of the companies you might have heard of in the Sharing Economy are airbnb in accommodation, BlaBlaCar in transport, RentMyItems to help people rent out power tools. It’s a new space because the granddaddy of the Sharing Economy, I suppose, was ebay and that got us familiar with trusting people we’ve never met before and that we’ve only met online to either sell us items our to buy out items, and it’s that sense of trust and trust in strangers that is the big driver for the Sharing Economy.

The independent review that I did for the UK Government came about because what we want to do is to make the UK the home of the Sharing Economy and the reason there is this opportunity is there is primarily because of women. Women are the major participants in the Sharing Economy; they’re selling things on Etsy, they’re managing their property on airbnb, they’re thinking about renting out their box room as storage space.

Making the UK the home of the Sharing Economy

I think the Sharing Economy is having a huge impact. The UK was the first country in the world to review the implications for the economy. I made 30 recommendations in my report – 28 for Government and two for industry. To take the industry, the first one was that we needed to come together and self-regulate through a trade association, so I’m a founding chair of Sharing Economy UK, which now has 36 businesses as members.

The second recommendation for industry is that we put in place a TrustMark, or a kite mark if you like, that would be a recognisable standard for consumers – so if you’re thinking about letting out your home, or renting out your power tools, or going along to a grub club, or swapping your dresses for someone else’s, then you can see that TrustMark displayed a whole range of different websites.

That’s a project I’m working on with Oxford University. They’re our academic partner for the Trustmark and the plan is to launch that before the end of 2015.

In terms of the 28 recommendations for Government, they replied to my review as part of the March budget and they basically OK’d much of what I asked for. We’ve also seen some regulatory change for something like the ‘rent a room’ tax break (i.e. the money you can make tax free from renting out a room in your home). That was increased in the Chancellor’s summer budget.

On an ongoing basis the Government has announced a Sharing Economy Taskforce, so they’re still very live to the topic and there’s a lot more to be done in terms of getting rid of regulation that sits in the way of the growth of the Sharing Economy, but also ensuring that the Sharing Economy and new businesses in that space are part of the bigger productivity debate, which is on the agenda of this Government over the next few years.

The thing that’s really exciting for me is to see the impact that Sharing Economy UK has had in only six months. We launched with 20 members – we’ve almost doubled the number of members in that six month period, and as an entrepreneur and an investor I’m seeing a lot of innovation in the broader sharing space, lots of new businesses coming to fruition and lots of great minds noodling over the challenges that the Sharing Economy frames. In other words, how do ordinary people make some more money and save some money from the stuff they already own?

I think that what we’ve seen in the UK, primarily in accommodation and transport will develop over the next five to ten years. We’re seeing businesses opening up in B2B, logistics, healthcare, so I feel really proud at the mark in the sand my report made by putting the UK on the map for innovators and innovation in the Sharing Economy.

The Sharing Economy and the future of work – embracing flexibility

To me, the big debate and the defining issue for the Sharing Economy in 2016 will be the future of work. What happens in a world where it looks like there is a third way between being a freelancer and being fully employed, and what does this mean? This will become a reasonably political debate.

Hillary Clinton already gave a speech a few months ago about the nature of what she referred to as the ‘gig economy’ and she viewed that as a negative thing because it’s infringing on the rights of the worker. There was a ruling in Los Angeles about the status of Uber drivers, that they were full employees of Uber.

To me I think it’s missing the point really, which is what I see from my day job at Love Home Swap and which I see from my job as Chair of Sharing Economy UK – which is that there’s a whole breed of people who want to work in a different way, to embrace flexibility.

If 51% of the UK population are female, not everybody wants to be a full time employee of a business and I increasingly see women for whom the Sharing Economy is a revelation because they’re able to work more flexibly as mothers, they’re able to have more of a portfolio career, they’re able to have something which doesn’t necessarily feel like a ‘career’ in standard job for life terms. But it enables them to make extra money, be intellectually engaged, whilst doing everything that they want to do.

So I think we need to ask workers what they want and I think that we will see the Sharing Economy changing the face of the world of work over the next decade.

It’s all about awareness. There’s much more to do – the more that we can make the Sharing Economy mainstream, the more that families, parents, mothers realise that this is a different way for them to work, the more opportunities there’ll be for women ( and indeed men) to increase their earnings. They can to earn money through the things that they already own and work in a different way.

I presented a programme for ITV called ‘Rent-Your-Life’ where I went into a home in South East London – a mother and father and two kids and I went around their home and I said to them, “Turn your shed into a B&B. Turn your box room into storage space. Don’t own two cars. Own one car and be a member of a car club. Home swap instead of paying to stay in a hotel when you go on holiday.” And the number there for the research we did for ITV was £8,600.

That’s how much an ordinary family (this was family of four in South East London) could make from what they own already, and that’s the message that I want to get out there.

Female entrepreneurship is a topic that’s very close to my heart. It’s something that I’m looking at currently. There’s more on that to come. What I’m very focused on is we have bad statistics for female founders in the UK. Founders of businesses are generally not women – not just in tech – that’s everywhere. What I know from my own experiences of setting up my first business at 25 was there are skills that you require to run a business regardless of your gender.

You need to understand business. You need to know to manage a P&L [profit and loss statement]. There’s a lot of practical lessons alongside mentoring and networking that we need to teach women, and I say that as a mother of a daughter as well as a son, and I think we need to get really practical, as well as supportive.

We need to equip women with skills that they might not have through the education that they’ve had to make them feel confident a capable to start businesses.

We need more female investors, and that’s not just in funds. That’s across the board, so I’m an angel investor. I try to back women. We need more women to do the same, but I think that back to this confidence point, women need to understand and learn to be more confident about pitching for money and asking for money. So it feels like it’s a virtuous circle there. We need to help women to pitch but women also need to be investors and that also means the VCs [venture capitalists].

Thinking about slightly different sort of investors as opposed to just a male accountant in a suit is important if we’re going to ensure that we’re investing in the female superstars of the future.

The crowd should be good for women. I think that if I look at things like Crowdcube and Seedrs, they seem to be backing more women on an anecdotal basis, so I think the crowd will be a very good thing for entrepreneurs, male and female.

Coming up for Love Home Swap

It’s exciting times for Love Home Swap. We now have a strategic partnership with Wyndham, the hoteliers who own Marriott and RCI (the timeshare brand). We’re scaling the business internationally. We’re helping more homeowners than ever swap homes across the world. We’re really happy and excited to be part of the Sharing Economy, so watch this space for more to come.