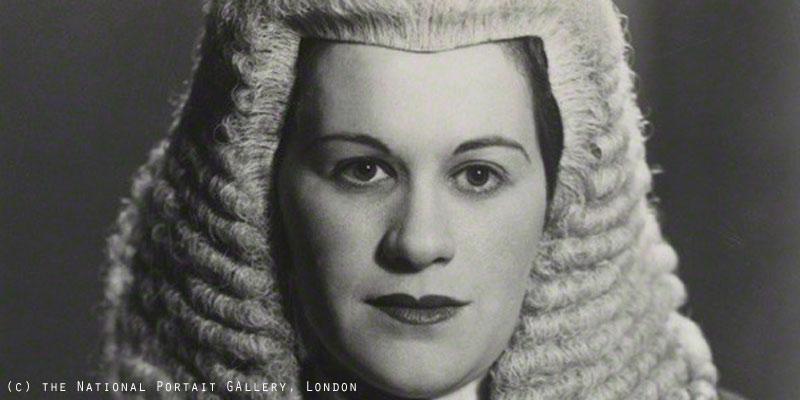 Chantal-Aimée Doerries QC is Chairman of the Bar. She was called to the Bar in 1992 and took silk in 2008, becoming a Bencher of Middle Temple in 2010. She practises from Atkin Chambers and much of her work involves representing a broad spectrum of clients in relation to infrastructure projects and the energy sector in the UK, and recently in Asia, the Middle East, and Europe. Chantal-Aimée has been involved with the Bar Council since 1999, having chaired its International Committee between 2011-2014 as well as being a past Chairman of the Technology and Construction Bar Association.

Chantal-Aimée, please can you tell us about your career to date and what first attracted you to a career in the law?

I was called to the Bar 24 years ago. Much of my work involves representing clients in cases arising out of large infrastructure projects such as power stations, airports, and transport systems. I was appointed Queen’s Counsel in 2008 and chaired the Technology and Construction Bar Association, as the first woman to do so.

A large element of my work involves international projects and for a number of years I chaired the Bar Council’s International Committee. I did not come from a family of lawyers, and had studied history at university. Why I was attracted to a career at the Bar? It offered, and offers, independence, freedom, challenge and advocacy.

For those of our readers not from the legal sector, please can you tell us more about the role of a Barrister and of a Queen’s Counsel?

Barristers are primarily advocates. Most of the higher court advocacy in England and Wales is carried out by barristers. Queen’s Counsel is a quality mark of excellence in advocacy awarded based on references from judges, lawyers and clients by reference to recent and significant work. Roughly 10% of barristers are Queen’s Counsel and of those about 12% are female.

What was the process of your election as Chairman of the Bar and what opportunities has this created to showcase in the importance of diversity and inclusion at the Bar?

The process is straightforward – all members of our Bar Council are elected and they in turn elect the officers. I am only the third female Chairman of the Bar, and the first female chairman with a commercial practice.

As a profession we are striving to become a Bar of all and for all. We have made real progress, but still have a way to travel. And we cannot take for granted the strides made. The combination of increases in university fees, a high training course price and the devastating cuts to legal aid are likely to pose real challenges. I hope that by offering leadership on these issues, and by raising them, I can encourage a greater awareness.

Which female historical figure do you most admire and why?

Dame Rose Heilbron DBE QC: she was a pioneer as a female barrister.

Dame Rose Heilbron DBE QC’s career includes many ‘firsts’ – please can you talk us though these along with their professional and social significance?

There are too many “firsts” to list here. She one of the first generation of female barristers, called to the Bar in 1939. Her practice was crime and personal injury. In 1949, just a few months after the birth of her daughter, she became one of the first two female King’s Counsel at the Bar (today’s Queen’s Counsel).

She was the first woman first woman to lead in a murder case and the first woman leader of a circuit (the Northern Circuit in 1973). As a judge she was, among many other achievements the first female judge to sit at the Old Bailey and the second woman to be appointed a High Court judge.

We have now had hearings in the Court of Appeal with an all-female three judge court. True equality will be when no one notices this anymore. But it is women like Dame Rose Heilbron who allowed us to begin to dream of this.

What does her persistence and tenacity teach women today?

Don’t let anyone tell you that you can’t do something. I was extremely fortunate in that my parents always encouraged me to believe I could do anything I wanted.

What is your advice for other girls and women who are looking to get into legal careers?

Learn as much as you can about legal business, be it barristers’ chambers or solicitors’ law firms. Take every opportunity you are given the meet barristers and solicitors and talk to them about their careers. Find out whether it really is for you. If it is, plan and accept that you will have to take risks.

If it doesn’t work out straight away, don’t give up, but think about alternative options. There are many different career paths available to people interested in the law and the justice system.

What is coming up next for you and the Bar Council?

It is a busy time so just three highlights: First, we are building on the work we carried out last year looking into the challenges faced by the profession in retaining women. We are aiming to provide more practical support and a wider offer on mentoring to female barristers.

Secondly, the Bar Council is rolling out a wellness programme raising awareness of the stresses and challenges faced by barristers, and looking to provide support around mental health issues.

Finally, I am off to Asia in April leading a trade delegation of barristers to South Korea and China promoting UK plc and in particular the skills of barristers. Our delegation includes young barristers involved in our exchange programme with young Korean lawyers.