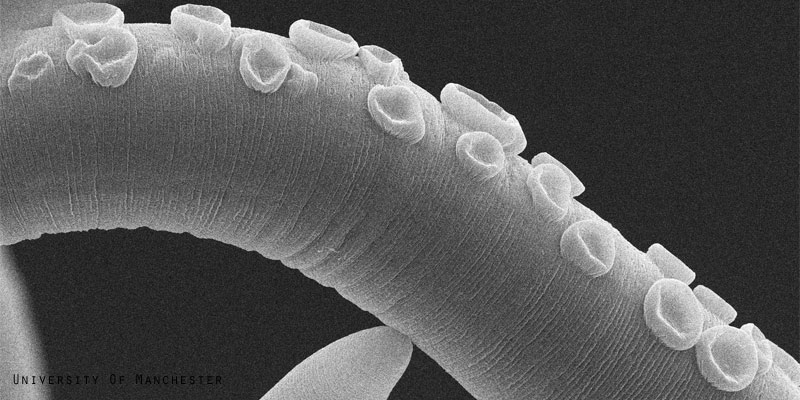 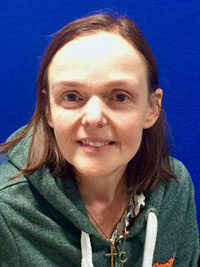 Even  at primary school I loved biology-related topics; however I only discovered parasitology and immunology during my undergraduate years at the University of Nottingham, influenced by some great teaching and a fascinating subject. Parasites are fascinating! 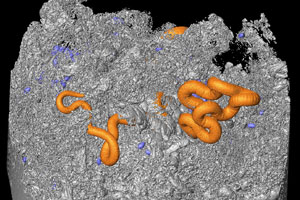 Up close under the microscope some of them are actually quite beautiful, yet they also retain a “yuck” factor and instil a natural curiosity about their life styles. I have always focussed on parasitology research and my research career has progressed largely due to my research papers, a consistent publication track record and grant income.

However nowadays, strength in other areas of academic life (for example management, public engagement) is also recognised and rewarded. I never had a “game plan”, and there were times when we had four boys under ten years old that I thought about leaving academia. But I am so glad I didn’t. I am having a lot of fun: enjoying my research, and enjoying working with students postdocs and seeing them develop their own career paths.

Variety and flexibility – you can have it all

No day  is ever the same, and I enjoy the lack of routine. Working in a university environment ensures that you can experience many diverse tasks, from research and teaching through administration to more management orientated roles. I work flexible hours sometimes at my desk for 7am and leaving by 3pm to be home for the children after school, or arriving at 10am and working later. The flexibility you have as an academic is one of the biggest advantages of the job.

It is really important that scientists can communicate their science effectively; without using scientific jargon that creates barriers. I love talking about parasites. Soapbox Science allows me to do this, but also provides a pretty unique opportunity to promote the important role women play in science.

From the time of writing there are 87 days until I will be standing on my Soapbox in Manchester discussing parasitic worms. In developing countries, where parasites are very common, they make their “hosts” feel really unwell, such that people can’t achieve their full potential, and become trapped in lives of poverty. I am going to be talking about how people catch infection, how infection can be prevented, and the role education can play.

Don’t be scared – it’s only a giant whipworm

I am doing a lot of preparation “in my head”. How can I best describe the impact that tropical parasitic worms have on people living in developing countries, to a local Manchester audience in a way to make it relevant? For example, what it is like to feel tired all the time? It is not that worm infections make people sleepy; a good analogy may be that of a smart phone, charged up overnight but never getting beyond 10%, and still having to function fully the next day.

I have real parasitic worms in jars, and I am getting a 3D print of my favourite worm the whipworm made. If I can raise awareness of tropical parasitic diseases and promote the important roles women have to play in science, I will have had a good day.

Improved gender balance – but not in all fields 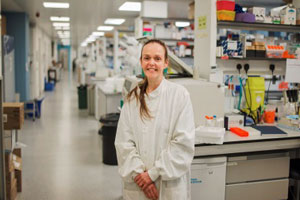 The gender  balance in science in academia is getting better, but we are not there yet. There is still an imbalance especially at professorial level, and also in particular STEM subjects. When I went to university in the 1980s I can only remember ever having one female lecturer, and it did not even occur to me that this was odd. Nowadays there is recognition that science at its best needs women as well as men, and indeed diversity in general.

There are lots of excellent initiatives, both supporting women in science and raising awareness, such as Athena SWAN, International Women’s Day and of course Soapbox Science. Gradually the impact of these initiatives is working its way through the system and we see an improved gender balance in some of the sciences, such as biology, but not yet, for example, in computer science.

There is lots of good work going on in schools to make science subjects topical and relevant for girls as well as boys. I still feel one of the forgotten groups of people are our postdoctoral scientists and wonder whether there is more we can do here. For example, I think it would be great to do a question and answer for “scientist, post-doctoral man” and “scientist, post-doctoral woman”. I think the stories could be very interesting.

It is important  to keep a sense of perspective when things in the lab don’t go quite to plan. In research we ask questions where the answers are unknown, so sometimes things do not work out. There will be lows as well as highs, and the lows are important as they make the highs seem even higher. It is your passion for your research that gets you through the lows.

Having children has also helped me keep work in perspective. I wish someone had told me years ago to remember “it’s only work.” Or maybe they did and I didn’t really listen in those days. I used to be a brooder, with low self-confidence; I multi-tasked and had fragmented time. I am much better now at focussing on single-work tasks; and I block my time for teaching and for research. Wherever you are on the career ladder, be realistic about what you can cope with and don’t be afraid to say “no.”

Learn how to manage your group, understand what motivates them; make sure they know what your vision is and take them with you on that vision. Be organised; don’t feel guilty if you leave work “early”; and, my most important advice, focus on what matters – do what you are passionate about: something you enjoy so much that you lose track of time.

We are  just starting on a new project aimed at trying to understand ways to heal the damage to gut tissue caused by parasitic worms. I have a number of Ph.D.[Doctor of Philosophy] students involved in identifying parasite-derived molecules as potential lead candidates in vaccine development.

On the teaching front we are moving in to exam season and it will be exciting to see some of the students I have taught parasitology to over the last two years complete their final exams and graduate.

I have also recently launched my first Massive Open Online Course called “Parasitic worms: Life stories” on the Canvas platform, with two very talented undergraduate students. The availability of free online learning is something I have believed in for many years and in the context of the sorts of neglected tropical parasite infections we work on, educating people about how to prevent infection is just as important as improving the sanitation infrastructure and drug administration programmes.