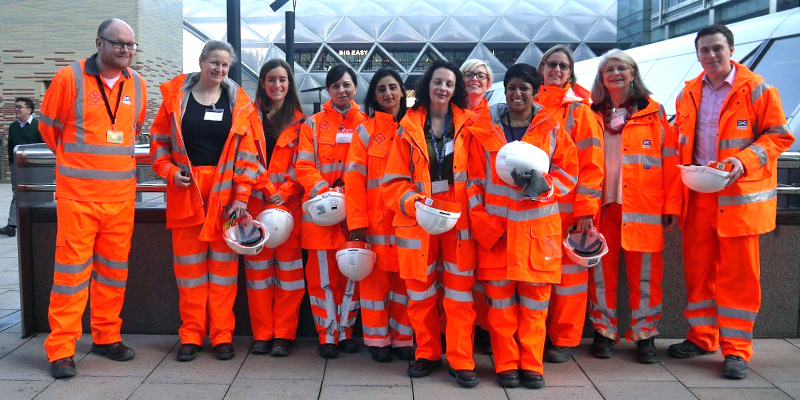 Sonya Veerasamy is vice president of Women in Transport, a not-for-profit membership organisation that empowers women in the sector to maximise their potential. She first joined as a member in 2008, before going on to become events chair in 2013 and vice president in 2017. 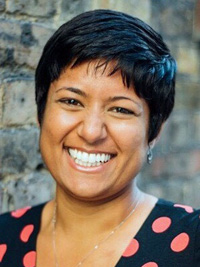 “…TfL, Crossrail and HS2 have had great success by pushing their diversity agenda through their procurement processes and making it a mandatory part of their supply chain…”

A career I could never have imagined

Honestly, I never planned to have a career in transport. I graduated with a double degree in European Business in English and French and took a temporary job as a transport survey enumerator to earn some money. It turned into a career that I could never have imagined. I progressed quickly in that first company with six different roles in six years including being a transport planner. I also joined Women in Transport (then WTS London) as a member in 2008 to build my network and support my own professional development.

Since then I’ve worked in a broad range of businesses from business services, recruitment, accountancy to engineering but these roles have all crossed over with my involvement in Women in Transport. I’ve been lucky enough to meet hiring managers that recognise that you don’t have to pigeonhole people and that skills are transferable.

My last role was head of marketing at ENGIE UK – Cities and Communities, a global services business that has 17,000 employees in the UK. Being part of Women in Transport turned out to be a huge asset in that role and ENGIE sponsored our first ever mentoring programme alongside TXM Recruit, one of its suppliers. 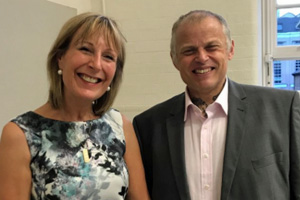 Women in Transport is a not-for-profit professional membership network that empowers women to maximise their potential. Membership provides exclusive access to our extensive events programme, the All Party Parliamentary Group for women in transport and our mentoring programme.

For me, it’s a great, supportive tribe of women (and men) who are passionate about the industry and about supporting each other. I’ve met lifelong friends through the network and had access to experiences that I could never have gained elsewhere.

My role at Women in Transport

My role with Women in Transport is voluntary – we only have one member of staff and the rest of the team of 16 volunteer their time. I was honoured to become vice president in 2017 after four years as events chair.

My role includes leading on marketing, social media and strategic leadership of the events and mentoring work streams. In the past year, my main focus has been on rebranding from WTS London to Women in Transport, including building the new website, and working with Angela Gainsford to launch our first mentoring programme.

Much of my day to day involvement now is about networking and building relationships with members, sponsors and supporters. I also create content for our blog and am active on social media which is an important part of raising our profile and connecting with our network.

Over the past five years I’ve implemented new processes for Women in Transport to make our communications and marketing more streamlined and to better serve our membership.

When I joined the board, we were using a static PowerPoint slide to send out comms – we’ve come a long way since then and that wouldn’t have been possible without the board embracing change and letting me test new approaches and systems. 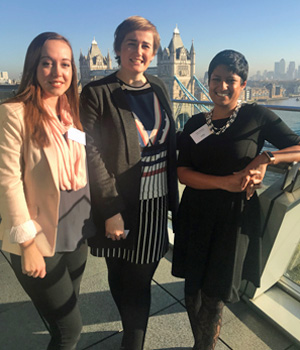 Now we deliver an extensive programme of more than 12 events every year, we have a solid email marketing strategy, over 10,000 followers on Twitter and a brand-new website that provides a more agile platform for our members and supporters. We’ve had a really positive response to the rebrand and our membership is growing fast with over 100 new members since the launch of the new website.

My background has certainly influenced the events programme in the past few years which has been a mix of technical and professional development with speakers from outside of transport. It’s been fantastic to have our new events lead, Dorota Konieczna, develop an exciting and fresh new programme for 2018.

Breaking down barriers and promoting meritocratic, inclusive workplace cultures in the transport sector

The need to recruit and retain more women in transport is not a new issue. Our network was established 12 years ago to provide support to women in the industry yet many of the issues have remained the same and our sector faces a massive skills gap.

The issue is much wider than gender or race. People still don’t see transport as an attractive choice, or even understand what opportunities are on offer.

Some of the many measures that TfL has implemented to create a more inclusive culture include: training in unconscious bias, blind CVs, promoting a friendlier environment, changing wording in job applications, flexible working, placements, mentoring, promotion of staff network groups and a Male Allies programme.

Women in Transport recently pledged our support to a diversity pledge to increase the representation of BAME young people in transport.

My hope is that the recently launched Year of Engineering and Behind Every Great City campaigns will be similar catalysts for positive change.

There are already some other great companies like WSP, HS2, Crossrail, EY and PwC leading the way in breaking down barriers and creating more inclusive workplaces through innovative recruitment practices, training and various workplace initiatives.

I would love to see all these great pockets of initiatives and schemes become something more collaborative and cohesive across industry – both the public and private sector – after all, more inclusive cultures benefit everyone. Certainly, TfL, Crossrail and HS2 have had great success by pushing their diversity agenda through their procurement processes and making it a mandatory part of their supply chain.

Creating a culture where people thrive

Leadership is also essential for culture change to take effect. If you have engaged leadership setting an example from the top that makes all the difference. I experienced this at ENGIE, I had a great line manager who was focused on outcomes and also placed value on work / life balance.

There were no emails out of hours, no expectation of presenteeism – you could work flexibly from whatever location suited you, flex your hours as needed and the company was very supportive of voluntary work. This type of leadership creates a culture where people thrive. Leaders need to be role models for positive change.

Transport is a great industry – there is such a diversity of opportunity in terms of roles. The people are absolutely the best thing about this sector. There is a job for every kind of person and you don’t need be a maths or science whizz to succeed.

We are facing a massive skills gap as a sector and companies are recognising the value of having a diverse talent pool and that’s not just about race or gender, it’s about skills, background and diversity of approach. 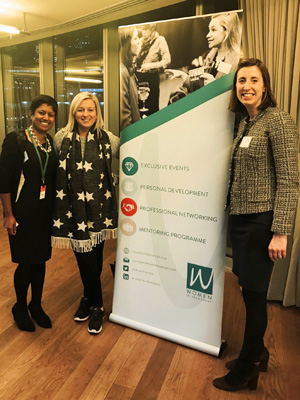 There is a wealth of information available especially online about careers in transport and various schemes, so I would say educate yourself about the opportunities, be inquisitive, build a network, ask for help and help others if you can. Oh and of course, join Women in Transport!

For Women in Transport,  the rebrand has given us such a great platform for growth. We’ve restructured our team completely to spread the workload and allow us to do more for our membership. There are many exciting projects in the world and we are looking at how we can grow our network nationwide in a sustainable way.

Our next major event is the autumn reception which normally attracts around 100 people from across industry and is open to non members. Hosted by Arup, the event will put the spotlight on gender parity in the transport sector.  The panel will chaired by Isabel Dedring, Global Transport Leader at Arup, with a female panel who will share individual insights covering four decades of experience. Check out our events at https://www.womenintransport.com/events/.