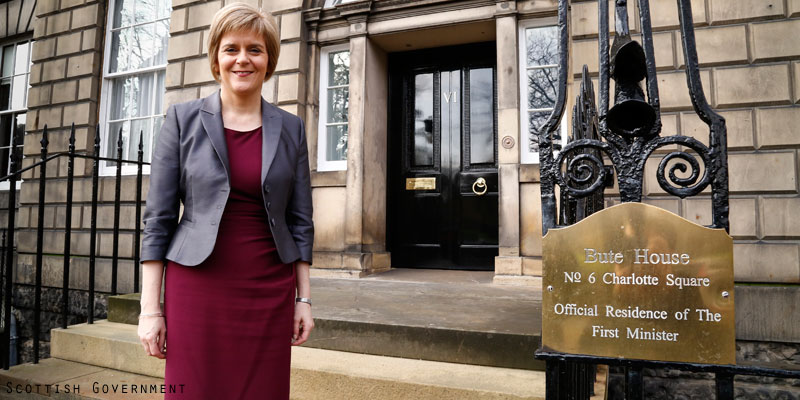 Nicola Sturgeon is the First Minister of Scotland and the Leader of the Scottish National Party, the first woman to hold either position, having been elected to the Scottish Parliament in 1999 to represent Glasgow Southside as its MSP. A law graduate of the University of Glasgow, she previously worked as a solicitor in Glasgow. She replaced Alex Salmond as Scottish National Party leader and First Minster for Scotland following his resignation after the defeat of the ‘Yes Scotland’ campaign in the 2014 independence referendum. 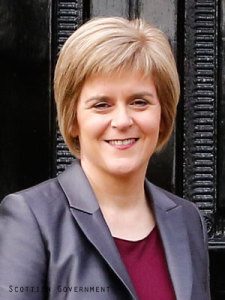 On 29th November 2014, Scottish First Minister Nicola Sturgeon addressed the 2nd Annual SNP Women’s Conference and delivered a keynote speech to delegates to encourage more women in the SNP to get involved in front-line politics, having already appointed Scotland’s first gender balanced Cabinet. She outlined proposals to challenge all workplaces to have a 50:50 gender split on boards by 2020. She also underlined the SNP’s continuing commitment to the Living Wage and childcare expansion. 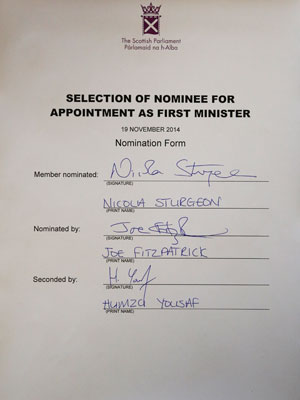 I am delighted to be attending the 2nd Annual SNP Women’s Conference and will take the opportunity to encourage more of our members to consider getting into front-line politics.

Scotland’s first ever 50:50 gender balanced Cabinet: On our way to becoming a more equal society

In my first week as First Minister I took action to appoint Scotland’s first ever 50:50 gender balanced Cabinet – a move the UN has called on others to emulate, branding it a ‘role-model Cabinet’. And in this week’s Programme for Government I outlined further steps that will help us on our way to becoming a more equal society. 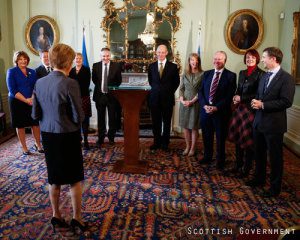 Companies invited to commit to extend payment of the living wage

Our new Scottish Business Pledge will invite companies to commit to extend payment of the living wage – a move that will benefit women and build on progress made since the SNP introduced the Living Wage.

Our ’50:50 by 2020’ pledge will challenge all public, private and third sector bodies to commit to take action on gender equality with a pledge to get a 50:50 gender split on boards by 2020.

I also underlined our continuing commitment to major expansion of childcare – a move that will help more parents – especially women – back into work after having children. The SNP in government has acted to expand childcare hours – with provision for three and four year olds up 45 per cent since 2007, saving families up to £707 per child. From August next year, all three, four and eligible two year olds will receive 16 hours a week of childcare hours.

Next year we’ll start planning to ensure that we can deliver on our commitment to double the number of hours of free childcare from 16 to 30 hours per week by the end of the next Parliament if we are re-elected. 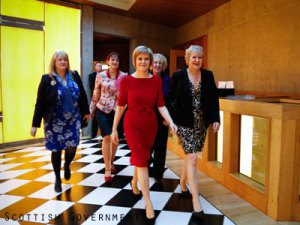 Throughout its history, strong women have played an important role in shaping the SNP – Margo MacDonald, Winnie Ewing and Margaret Ewing are just a few of the women who have helped the party become the social democratic force for change that we are today.

As First Minister, tackling inequality is at the heart of all I do. Smashing the gender glass ceiling to smithereens is an important part of making progress.