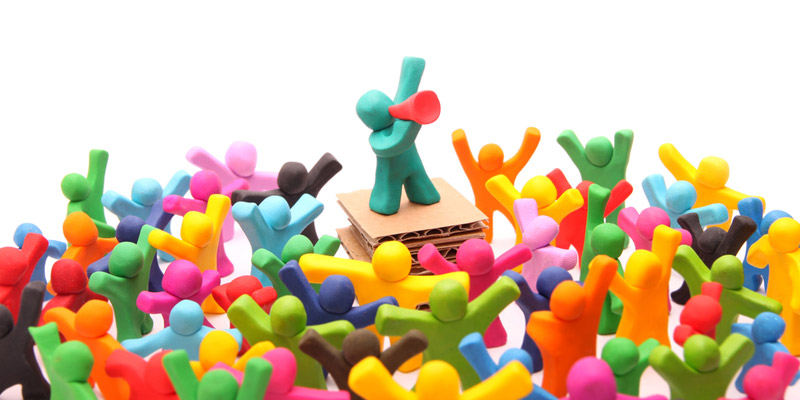 Briony Krikorian joined The UK Cards Association as principal policy adviser in 2013. She works on a range of issues for the card payments industry, including managing the impact of regulatory changes such as the new Payment Systems Regulator, and understanding changing consumer requirements for payment systems, including online and mobile use. Previously Briony worked for the insurance trade body, the Association of British Insurers, for seven years, running projects on motor and liability insurance issues.

Briony, please can you tell us about your career to date and what got you interested in the finance sector?

After university I spent two years volunteering abroad and didn’t have a clear view of which industry to work in when I returned. I certainly never expected it to be insurance, but thoroughly enjoyed my seven years at the insurance trade body.

Working for a trade association gives you a great overview of the issues an industry faces as a whole. In insurance it’s all about how to calculate and manage risk in different areas: if it’s liability insurance for a business you might take into account the type of work, if it’s motor insurance you look at the claim rate and characteristics of the driver.

There were some fascinating legal questions – for example, should you be able to charge a young man more for an insurance policy because the evidence shows he’s higher risk than a young woman (the European Court of Justice decided not)?

I spent two years studying for a Law Masters in the evening to help me tackle some of these questions, and was privileged enough to help draft legal opinions and watch a seminal insurance case be heard in the Supreme Court. However the project I enjoyed the most, and am most proud of, was helping to build a database and search functionality of employers’ liability policies so that people who suffer from an illness caused in their workplace many years previously will now always be able to find the insurer to get compensation.

I moved to The UK Cards Association two years ago, which represents the firms which issue debit and credit cards, and acquirers, who are the firms which work with retailers to help them accept card payments. I am finding the same mix of legal, regulatory issues and new business issues in the payments industry just as fascinating.

What does your role The UK Cards Association involve on a day to day basis?

I sit in a policy team of six, and between us we manage issues that arise for the card payment industry. An average day can involve writing a response to a Government consultation (for example, addressing how HMRC can use payment data to help with tax compliance); helping to brief a journalist on a specific issue (for example, explaining how payment firms help governments around the world by requiring retailers to comply with changes in the law, like under-18s not accessing gambling sites).

One of the areas I enjoy the most is helping the industry grasp new business opportunities. For example, contactless cards are a great customer proposition (fast, simple, as secure as other card payments) yet when I joined in 2013 there was a very low penetration rate in the UK. So we started a two-year programme to tackle this.

One work stream has been understanding and addressing retailer barriers to accepting contactless cards; and once retailers do put contactless card acceptance in, how to train their staff to promote its use. Tesco and Sainsbury’s are both rolling out acceptance currently.

We’ve produced a guide to help with this and disseminated through retailer organisations like the British Retail Consortium. Another work stream has been on communications, using media to help break down misconceptions on security of contactless card payments. The positive messages seem to be working – in the first nine months of this year contactless payments have more than doubled compared to 2014, with £657 million spent on contactless cards up to September.

We also ran a work stream to agree as an industry the contactless payment limit increase from £20 to £30, based on increased use of contactless cards for things like supermarket shops. The increase was also in time for the Rugby World Cup where contactless acceptance was installed in all ten stadiums – and proved very popular by removing queues for cash handling.

This year you and colleagues have been running a project to extend the benefits of contactless debit and credit cards on the TfL [Transport for London] system to other transit operators. What did this entail?

This is the final piece of the contactless programme and in some ways the most interesting – recent research shows around 70% of consumers would be interested in using their contactless card to pay for transport, because of speed and not having to buy a ticket. We’ve been running monthly workshops with card firms and transit operators (mainly bus and rail) to work out the common use cases when people are most likely to want to use contactless – generally within cities and commuting into town / cities.

We have then agreed how contactless payments should work in those scenarios (for example, what happens to the security requirement to put your PIN in every now and then), and are providing implementation guidelines (for example, whether to put in ticket gates) and a communications toolkit based on TfL’s excellent campaign for their launch last year. Next year we’re hoping to continue supporting transit operators as they trial contactless payments on their systems.

In a similar vein we’ve recently started working with charities to scope out how contactless payments can replace dwindling low value cash donations – with lots of innovative ideas like payments on interactive shop windows or next to paintings in galleries. Again a key consideration is how to help consumers understand how safe it is and how much they will be donating.

There have been regulatory changes in the sector – how have these affected your members and what have you done to assist?

The biggest changes this year have been the introduction of the Interchange Fee Regulation (IFR) in Europe, which caps the amount that card firms can charge retailers to accept card payments, and the creation of a new regulator, the Payment Systems Regulator (PSR) – previously our industry was mainly overseen by the FCA [Financial Conduct Authority].

Part of our role is to help minimise the impact of regulations on our industry. For example, the IFR requires that consumers should be able to choose which card brand they want to pay with at the till (e.g. if they have two brands on one card, or two cards saved on their Apple Pay). Obviously adding this step into a contactless transaction would undermine its speed (think standing at the front of the queue in Pret!) so we’re working out a way around this at a European level with the card and retail industries.

The PSR is still taking shape, although we have made sure we are informing the new regulator on card payments at every opportunity – through consultation responses, teach-ins and now by participating in their new strategy forum and working groups.

We have also just received the interim report from the FCA on their review into the credit card market. Broadly speaking they think the market is working well, although have concerns over the more vulnerable consumer groups. We will be working with our members over the next few months to analyse their findings and proposed remedies and consider how we can help these groups more as card firms.

What is the best career advice you received as a woman working in a traditionally male dominated area like finance?

To be honest, I received very little advice and as a result I spent a long time wondering why I wasn’t being stretched at work (as I had been at school and university). I didn’t realise that men will usually ask for new opportunities / increased pay or recognition whereas women are much more hesitant to do so.

I did however have the opportunity to work alongside some fantastic women and men – so much of what I’ve learnt is thanks to them and their encouragement. I am a strong believer in mentoring and have mentored a few women to date – often the area where they need most encouragement in is presenting themselves confidently, both in person and on paper.

So my advice as a woman in a male-dominated environment would broadly be:

2. Don’t let yourself feel belittled – as a physically small and young-looking woman, I don’t have natural authority when I walk into a room. I can remember a number of times when men have been condescending towards me – someone I was interviewing for a contract once began the conversation with: “…and how are we today young lady?” – or they have just thought I was insignificant. Show your authority by giving well-thought through and insightful comments and people will soon sit up and take notice of you.

3. Protect your employment position – unfortunately, a number of employers in the financial services sector still haven’t worked out that women can be fantastic employees and will serve the firm / organisation loyally over the long term if they are looked after during the period they are having children. (Although there are exceptions – I once heard an excellent presentation from a male CEO of a large insurance firm making exactly that point.)

Make sure your value is known in your organisation, even to the extent that it’s documented in performance reviews – women tend to be excellent team players which means they do the jobs people take for granted and don’t get recognised for it. Make sure you know your rights if you go on maternity leave – for example, any promotions that are advertised should also be sent to you by email.

4. Make friends with people from all genders – often people think the main divisions are along gender lines, but actually you will have things in common with different men and women. Take time to build up relationships in the workplace and it will not only make it a much more fun place to work, it will also pay dividends when you need to work together on different projects / call in a favour!

What is coming up for you, the UK Cards Association and your members?

This is an exciting time for payments innovation in the UK, and card payments continue to go from strength to strength. Card payments have facilitated huge online retail growth – online card payments reached almost 50 a second (130m transactions) in August this year. At the same time, we’re seeing hardware providers like Apple, Samsung and Android developing their own payment applications, but still running on the card rails – which requires us to act as an intermediary between card firms, retailers and the providers to make sure we’re getting the proposition and messaging right for the consumer.

On the regulatory side, the Payment Services Directive 2 is coming into implementation in 2017, bringing with it the requirement to allow third parties to access banks and card customers’ data, if the customer requests it, so that these third parties can initiate payments on their behalf, or provide an overview of all of their accounts. This has boosted interest in Application Programming Interfaces (APIs), a secure means of facilitating this access.