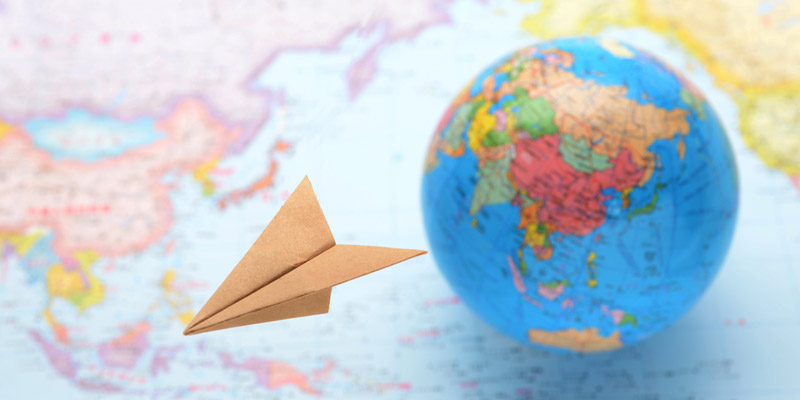 Amanda Murphy is HSBC’s UK Head of Corporate Banking. She returned to the UK in October 2013 having previously worked for HSBC in Europe, the Middle East, North America, and the Asia-Pacific, where she was Head of Commercial Banking in Indonesia – a fast-growing and exciting, emerging market.

Amanda, you’ve worked in banking since 1995, what first attracted you to the sector?

I studied Law at university and was looking to work in a general management and leadership role. I wasn’t 100 per cent sure initially what field I wanted to go into, so I did my research and went round the Milkround etc.

I paid a call to HSBC and met a number of people from there who talked about the diversity of the experience they’d had – the different type of areas that come within a financial institution – the opportunity to be customer facing, the opportunity to have other roles in support functions. This really appealed to me. At 22 years of age the idea of what I wanted to do for the next 40 years seemed a little bit far off!

I interviewed for HSBC’s graduate training programme and they said, “Where would you like to work?” I really wanted to work for them so I said, “Anywhere you want me to go! If I had to choose, I’d like to go to London.”

HSBC is a global organisation, so what opportunities has this opened up for you?

I came to London on our graduate training programme with colleagues from over 3o different countries and graduate trainees from everywhere in the world. For me it was an unbelievable eye opener – the world that was out there and the diversity of it, but also how much common ground we had, how much shared ambition and enthusiasm and passion for the business that we had. I was so excited by this and I thought, “How do I get myself some of this?”

We have an international manager programme in HSBC, so I found out about how to apply for that, which meant going back and finish the graduate programme and taking on my first management role, doing a good job with that and then come back and talk to them. So that’s what I did.

Can you tell us more about some of the international roles you’ve done?

My very first overseas posting was in Hong Kong, where I was responsible for 60 people in a Trade Services department looking after import and exports, and helping customers do that. 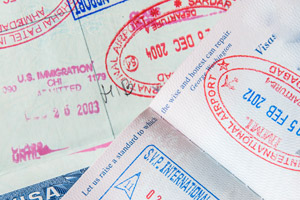 After that I had an opportunity to go to Canada (Toronto) and be a relationship manager looking after a portfolio of corporate clients. That was super because you were really at the forefront, visiting customers at their factories and their premises, hearing about their dreams and their ambitions, and I just loved that.

Then I went down to Dubai. Today Dubai is very famous and everybody’s heard of it, but in 1999 I promise you, I hadn’t heard of Dubai, and I had to get out the map and see where I was going! I lived and worked in Dubai for the next couple of years in the Corporate Support function, so how we develop products to better serve our customers.

I returned to the UK and did an international training role where I was on a plane most of my life! I trained everywhere from Mexico to India, to Iran, to Hong Kong, to Canada. You name it – I’ve delivered some training there! It was one of those jobs that was just phenomenal because it was training, the attitude was very positive. People came along and they wanted to develop, and the bank was really good at this stuff.

After that training job I went back to front line banking in the UK as a relationship manager looking after corporate clients. I then had my children before I went to a risk role in Hong Kong, then afterwards I went to Indonesia and spend two and a half years there, before coming back to do this role.

What are your observations of how the challenges and opportunities for professional women vary from region to region and country to country where you’ve been assigned?

I think that probably the first challenge is one of mind set. Often as women we look at reasons why we can’t do stuff, as opposed to reasons why we can. I know many of my female colleagues and friends will see a list of ten requirements for a job and they’ll see one that they can’t do and they’re not great at and say, ‘Well I can’t do that job.’

I know many of my male colleagues will look at a list of ten things and say, “Well I can do five of them. I’m in!” So I think we need to be a little bit more relaxed with ourselves and be more confident of our own ability to take on new challenges and not to worry about the unknown so much.

It was just an amazing experience to see customers and staff in so many different countries, and talk to them about what their customers were facing and how we could help them was brilliant. Going down to Tehran, it was at a time when we had special permission from the central governor to allow women and men to eat at the same table. Again, that was something a little bit different, and you just had to roll with it and trust that it was all going to be OK.

Most companies these days recognise that having the best talent is what’s really good for the company. They don’t mind what race or creed or gender people are. They’ll do everything to try to support them. That’s probably quite a big change in the last 20 years I’ve been working. There’s more awareness around conscious and unconscious bias.

Childcare can often be an issue for women with children, have you noticed a difference in attitude towards this throughout your career?

I’m now in my forties and I think if you choose to have a family, childcare is obviously something that becomes much more important. I’m from Ireland where people tend to live quite close to their families and have a reliance on them for childcare and when they need a bit of extra support, whereas in London people are often a lot further away from their family, and you’ve got to look at how you resource that properly.

Please can you explain a bit more about your role as HSBC’s UK Head of Corporate Banking and what this entails?

In our business we’ve got three customer segments – we’ve got large corporates, which are those big names that everybody recognises, the big multinational corporations. We’ve got smaller clients, business banking, and then in the middle we’ve got corporate banking in the mid-market and I look after customers with turnovers roughly from ten million dollars to about half a billion dollars, so many of the companies you’d think about on the high street.

We look after their normal banking as you would anticipate, how they make their payments, maybe borrowing money for their standard business, and also some more complex structures when they’re taking their business to market or they’re bringing private equity funds in, expanding overseas – that type of thing. We look to support our customers through that. 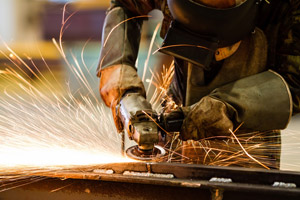 What’s really exciting for me is that we had an independent research report called Hidden Impact – The Vital Role of Mid-Market Enterprises, which we commissioned earlier this year. It talked about the vital role of the mid-market enterprises and how, as we look at a recovery in the UK economy, these mid-sized businesses are driving that recovery strongly and far more than anybody realised. They’re contributing about twice as much as the whole financial services industry, so the importance of these companies for us is massive.

We’ve often heard of Mittlestand in Germany. The UK mid-market sector – or Brittelstand – is among the largest in the world in relative terms, with 8,000 businesses and about 3.5 million people, so meeting the clients every day is really quite exciting.

What does a normal week look like for you?

We have many, many customers, as you might imagine, so my week comprises of attending internal meetings, where I’m talking to my team about what we need to achieve that week, what customers we’re seeing, what’s happening in the different regions and if there any challenges or any problems we need to be aware of.

I will attend events, for example, the UK ASEAN Business Council dinner, so countries like Cambodia, Singapore, Malaysia and Indonesia. We’re particularly trying to bring connections to our customers through that.

We also visit a number of customers each week on their premises. I’ll host some dinners, breakfasts and lunches for customers, so we can ask them what are they seeing in the marketplace? How can we help them? What are their concerns and their ambitions? How can we help with either of those?

How has HSBC responded to the changes in the banking sector in recent years?

When I think back to the UK two years ago, it was stuttering back into growth and there was a big sentiment that banks didn’t want to lend, and we were really keen to put that myth to rest. We realised that it’s got to be more than just banks quoting big numbers.

We’ve got to make that connection in the community with businesses, so we’ve spent quite a lot of investment of time and expertise with external partners, running workshops up and down the country – to date we’ve done over 200 of them. The aim is to help customers – one of the subjects is how to access to finance, and what’s the right type of finance to have.

It’s also helping companies write business plans because often the reason that a company struggles is that they have a great idea, they can deliver it, but they don’t know how to write about it. So we’ve run a whole load of workshops for customers and non-customers alike to join us and learn about financial planning, and about business planning.

They’re free and they’ve been right across the UK. We can see the result of that in our lending to new businesses. Our net lending is up well over 15% – up about 17% year on year. That’s a really good result for me and it shows we’re getting that message out there.

What is coming up for you and corporate banking at HSBC?

We are absolutely committed to our role in sustaining economic growth. We want to support British businesses and help them to deliver both here and overseas. I was at the CBI conference recently where the Prime Minister spoke about the importance of unlocking the export market.

There’s been turbulence in the financial markets, but in the UK we are well positioned. Our economy is growing far faster than any of the other advanced economies so we want to help our customers really make the most of that opportunity.