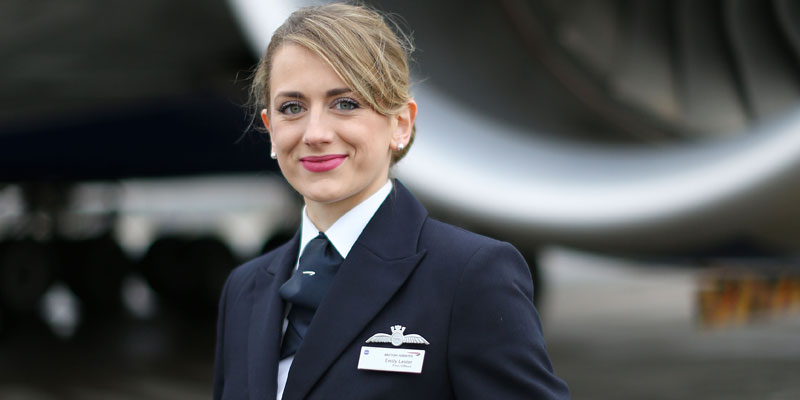 The Future Pilot Programme is an 18-month pilot cadet training programme, leading to a job as a British Airways pilot flying commercial aircraft on BA’s London-based short-haul fleet. The programme is a sponsored pilot training scheme offering anyone aged between 18 and 55 with the right skills, passion and potential the chance to realise their dream of becoming an airline pilot – regardless of financial background or flying experience. The application window opens on Monday 23rd February and closes on Sunday 8th March.

I began commercial pilot training with the British Airways Future Pilot Programme (FPP) after graduating from university in 2012. This was a challenging, yet highly rewarding 18 month programme designed to take a beginner like me right through to becoming a British Airways First Officer, and I now fly to destinations in Europe and the Middle East.

I’ve always had a fascination with flying, but in truth, I hadn’t always planned on becoming a pilot. At university I was lucky to discover the University Air Squadron, and it was here I realised that a career in the sky was for me. The British Airways FPP provided the perfect opportunity for me to achieve it.

Gender makes no difference whatsoever in the flight deck

I still find it really surprising that there are so few women applying to become pilots in the commercial aviation industry. Of course, flying in days gone by was a strictly male-only profession, but airlines have been employing female pilots for decades, and I am fortunate to have joined at a time where gender makes no difference whatsoever in the flight deck. I’d love to see more women making the most of this opportunity!

British Airways – the most female pilots of any UK airline

British Airways has the most female pilots of any UK airline – nearly 200 – but we’re keen to see this figure increase. I’ve been involved in promoting flying as a career to women with British Airways, including a campaign with modern-day aviatrix Carol Vorderman.

I think there are a lot of misconceptions out there about the job, and I’m passionate about spreading the message of the benefits of flying as a career for women. There’s so much more to this job than I could have ever imagined.

British Airways’ pilots engage face-to-face with customers, and play a vital role in the complex logistical processes that go on behind-the-scenes in getting a commercial flight ready, not to mention safely managing the operation of the aircraft itself! No two days are ever the same, and it’s always an incredible feeling to climb up above the rainy clouds hanging over London into the bright sunshine above.

The FPP is an industry-leading scheme that trains people with little or no flying experience to become fully qualified First Officers with British Airways. Commercial flying training wouldn’t have been an option for me without the financial help offered through the British Airways FPP, and the opportunity of a life-long career with a world leading airline at the end of it provided a prospect that nothing else could compete with!

As part of my training I lived in New Zealand for eight months to complete the hands-on flying elements of the course, and I couldn’t dream of a more beautiful place to fly. There was a lot of information to take on over the 18 month period, and the training could be intense at times, but the Liaison Pilots from British Airways were really motivating, and were always there for support when we needed it.

Female pilots: Is it possible to have work / life balance?

This is obviously a consideration for many women as they embark on a new career, and I remember being really impressed when I met a couple of female pilots with young children at my interview day for British Airways, and knew straight away I needn’t worry.

In many ways, flying is far more compatible with becoming a parent than most other careers. Our schedules are incredibly flexible, and part-time options can really help with the work-life balance. It also helps to have a job where there is very little work to take home with you!

As the FPP recruitment begins again, I’ll be doing my best to promote the scheme to as many people as possible, and it would be great to engage with future cadets through the Liaison Pilot scheme.