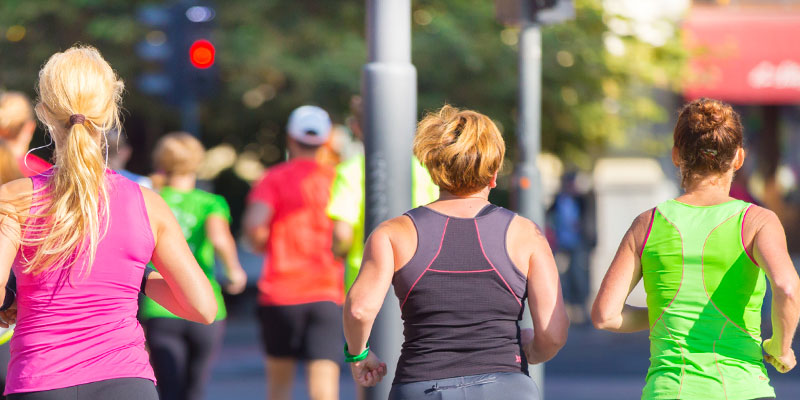 Gay Fletcher is a Student Support Officer at Sheffield Hallam University and in May 2011 she launched Strideout, a running group for women in Sheffield, alongside her good friend and fellow fitness fanatic Andrea Barber. Almost four years on, Strideout is now backed by Run England, Accelerate Running Store and the team at Wisewood Sports Centre. Now with over 350 members on their Facebook page, the group has three weekly run sessions at two sites and has recently launched Strideout Kidz for parents and children.

“…#thisgirlcan is what we have been trying to instil in women from the first run session we offered back in 2011. It doesn’t matter what shape or size or fitness ability – it’s the dedication and enthusiasm that we all feel that counts. We shouldn’t care what others think – it’s how we feel during and after a workout that counts, and whilst the majority of us think this way, it sometimes takes a national marketing campaign to encourage it…”

Gay, you seem like a woman who is always on the move! Please can you tell us more about Strideout and what made you decide to set it up?

I love running, cycling and enjoying the great outdoors – anything basically that keeps me fit and positive both mentally and physically and enables me to be a positive role model for my daughter. Running to me means good times with good friends in beautiful parts of the country, whilst having as little negative impact on the environment and my pocket, but maximum positive impact on me, my family and friends.

I work full-time (and love my job), help my hubby with his business and have after-school activities (every night of the week), but does that give me an excuse not to look after myself? Not sure it does. In fact, in my eyes it gives me every excuse to grab that hour to de-stress and re-fresh. I heard lots of ladies saying “I wish I had your stamina and enthusiasm…” Well surely everyone does, it’s just some need a little motivation and support to get going and that’s where Strideout comes along…

So to me Strideout was a no-brainer. I had an hour to spare (whilst my daughter Izzy was at gymnastics), so me and pal Andrea Barber invited other women to join us for a sociable run. We wanted to empower and encourage women to give it a go no matter what ability. We were convinced that if we had a power-walker and an experienced runner we could accommodate and encourage women to run as a united group… and we did!

Whilst I had the experience as a runner, Andrea had the experience as a fitness instructor and so we felt we had the tools, dedication and enthusiasm and we set about trying to encourage more ladies to join us. A few flyers, a very poor attempt at a blog later and a couple of months in we saw around 10-15 women pounding the streets of Sheffield, South Yorkshire with us, then the word spread and more wanted to join us.

With little funding support (well none actually!) we blagged the use of a room in the local sports centre and we booked ourselves on a run leadership course. Four years later, we now have funded seven of our runners to become Run Leaders and we have developed Strideout to offer over nine ability run groups per week over two sites.

Who has supported you along the way?

Our families first and foremost, although our aim was always to ensure that our Strideout plans never impacted on family time. We couldn’t do it without the continued dedication and support of our Run Leaders (Laura, Katie, Emma, Ali, Lou and Siobhan). They are amazing!

Emma Hirst, Sport Co-ordinator for South Yorkshire and Humberside, has been a massive support, her expertise on aspects of training, funding and leading a run group has been invaluable and she continues to advise and support us despite only working two days a week whilst supporting other affiliated running clubs and developing Run England groups in the region.

Venture Matrix at Sheffield Hallam University has linked us up to working on projects with undergraduate and postgraduate students, which has allowed us to look evaluate whether we can develop Strideout into a business, charity or remain as a non-for-profit community group.

We’ve recently worked with animation, web design and marketing students to look out our branding, social media and promotion… It’s all getting very exciting whilst still working to a limited budget!

What has the response been like from local women? 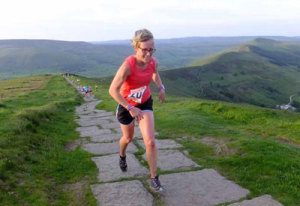 Massive. Positive. Brilliant!! We really value our ladies’ feedback and so regularly ask for their opinion and adapt our run sessions to ensure that we are accommodating out members expectations. This is what has forged Strideout into what it is and what it offers: Various ability groups led by seven Run Leaders; speed reps, hill sessions and off-road routes.

The Venture Matrix students held focus groups and posted polls on our Facebook pages which led to positive feedback and responses. It seems that we are doing it right as no negative feedback so far!

How do you make sure the group is as inclusive as possible for those of us who don’t consider ourselves the ‘sporty’ type?!

We are big on promoting ourselves as a non-competitive, friendly group – ‘no-speed required’! We offer ‘couch to 5k’ programmes in the beginner groups, ensure that all groups follow a strict ‘run-back’ regime making sure the group stays together.

We chat to our members when they first arrive, learning more about them and their health, goals and hopes. We discover early doors whether they have joined us to achieve a personal goal or to just simply have an hour to themselves away from the demands of everyday life.

We aren’t about losing weight or being ultra-fast (unless our ladies want to of course). We are about being a united group, enjoying each other’s company and supporting each other. That being said we also realise that we have some really good runners that join us and that they also need motivating and pushing, so we push them – hard!

We don’t put our ladies under pressure to be something that they simply aren’t (we aren’t all the next Jessica Ennis or Zola Budd, although we may want to be!) We like to think of ourselves as being inclusive, but yet we are female only, so are we? We recognised quite early that the majority of our members had previously felt reluctant to join or had a negative experience at a running club and felt too self-conscious to run alongside stronger male runners. (They shouldn’t… Remember: #thisgirlcan)

Since Strideout has developed we have asked the question to our members again, “Would you like to open it up to guys?” The answer remains the same… “No, thank you.” That being said, maybe a beginner male only run session might be on the books? Would we be inclusive then?

Our new project is to support people with visual impairment and both me and Andrea have qualified as Guide Runners and hope to be of support to someone who may wish to achieve their own goals by guiding them in a local race or to simply invite them along to Strideout to run with us regularly.

How does Strideout make it easier to stay fit whilst juggling a busy professional and family life?

We give our members options: Can’t make a run at 6pm? We will offer a 7pm session. Can’t make it to one location in Sheffield? We will offer you another location. Can’t make either of those? We’ll suggest a run / power-walk to work. Dropping the kids off at nursery? There’s no excuse – there’s 24 hours in a day, so 40 minutes exercise is sooooo good for you!

We use social media to encourage and share positive ways of introducing and maintaining our fitness goals. We follow national campaigns like #thisgirlcan and #waywerun. We connect with other vibrant run groups like Run Mummy Run, use Twitter to follow local and national run incentives that we hope our runners feel enthused by.

We also want to show women that they can encourage their children to give running a go too and we launched Strideout Kidz in October 2014. Each week we have around 30 children (eight years old plus) to run with us either alongside their parents or solely. We need to recognise that national stats show that there has been a huge leap in the percentage of 14-24 year olds who opt out of physical activity… Why??? It’s not cool? I have a boyfriend. I want to go to the pub. Noooo! You can do all these and run too!

Andrea has also used her fitness instructor expertise to launch a weekly Strideout Strength Conditioning Class which offers the alternative to running, if members are injured or wishing to focus on other fitness goals.

What recogition have you received?

How has the Sport England This Girl Can campaign inspired you to get more women involved?

#thisgirlcan is what we (Strideout) have been trying to instil in women from the first run session we offered back in 2011. It doesn’t matter what shape or size or fitness ability – it’s the dedication and enthusiasm that we all feel that counts. We shouldn’t care what others think – it’s how we feel during and after a workout that counts, and whilst the majority of us think this way, it sometimes takes a national marketing campaign to encourage it.

#thisgirlcan allows small non-for-profit community organisations like Strideout be part of a bigger picture and national campaign encouraging more women to get involved and give it a try. I love #thisgirlcan because I hope it motivates my daughter and niece to not give a s**t and to do their stuff!

What are your future plans for the group?

Lots… Strideout Kidz is expanding into other areas in Sheffield and will focus on targeting a specific age group 12-16. (We have a regular participation from 8-10 year olds, but we need to help national averages improve in encouraging 12-24 year olds from regularly running.)

We will be launching Strideout School Mums on the Run in Sheffield (parents school drop off run). Strideout will be hitting new locations in Sheffield – Crookes and Stannington.

Gosh – there are just not enough hours in the day!!