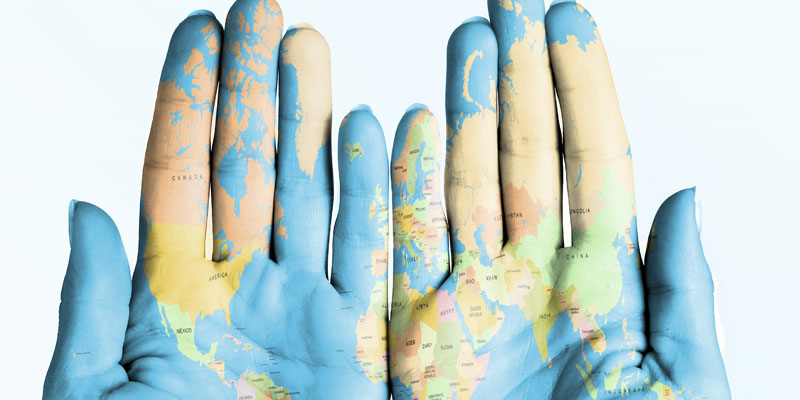 Naomi Francis is currently studying Business Management with French at Roehampton University, having just completed her year aboard in Tours, France where she studied musicology with translation. In her spare time she writes and performs songs; in 2011 she opened for Tinie Tempah at the RaR! event and whilst in France she recently showcased her innovative blend of trumpet playing and rapping that she calls ‘Trapping’, on the French station Radio Béton. In 2012 she won a Black Youth Achievement Award for her music and she continues to perform at community events.

“…I really do think having a real carefree mind set and thinking, “What can be the worst thing that can happen?” is the way. It’s still a learning experience, whatever the outcome! Attitude is the most crucial thing to stepping out your comfort zone. Step out and enter someone else’s!..”

First of all welcome back to England. How did you enjoy your year in France?

Thank you, it’s very good to be back. I nearly didn’t get into my own country as I left my passport and purse on the plane, but I was very lucky that the plane was still stationed at the airport and also my items were retrieved!

France has been such an interesting and emotional test! I have met lifelong friends from all over the world and have really been lucky on experiences that I have had out there.

What made you decide to take the plunge and go?

Well I study Business Management and French as my degree and although I have majored in business it was compulsory for me to spend a year out in France, and at a university. I was told that I could only study only French taught modules and what I wanted to study could be anything.

So in a space of two weeks I returned home, grabbed my trumpet and returned to France, arrived at my co- coordinator’s office and said, “I’m studying musicologie!” However, prior to this, I almost didn’t make it out to France as I was resitting a final exam that would determine if I would go or not. I was determined that I would be out in France that summer so I worked really hard, passed the exam and the rest is history!

What were the most important things you learnt?

The most important thing I learnt whilst living in a rural town and knowing not a single person is that you really are your own best friend! You really have to toughen up a bit when living in another country. As not only are the rules different, but the culture shock is enough to send someone packing!

The importance of speaking another language was so vital. Day to day vocabulary was what I really struggled to have when I first moved out to France, as I had no idea what the word for an ‘oven’ was or how to ask for a bus pass. It was really weird knowing it all in English and looking so silly having to play charades with other French students to describe what I wanted to say! However, being able to translate for my parents and friends has been really interesting and I can see how valuable being bilingual really can be.

I also learnt that family really are so good to you and really are the best. I have been blessed with my support from my parents who have funded my travels when I have burned out the money pot and have not left me starving with a rotten baguette!

I owe them much more then I could explain and without their aid my year abroad would have been very uncomfortable. The reality of saving has never meant too much to me and I am definitely taking a more grown-up approach to my saving habits.

You also really learn the value of appreciation for everything. For me it was the smallest things that I took for granted being from London. Simplistic things like having supermarkets open until 11pm, and then moving away to having supermarts that close at 7pm can really make you grateful of where you are from.

What support did you have?

My parents’ financial support really was the backbone behind my year abroad. But I also had Music. As we all do, we have bad times and good, and in my situation I really couldn’t just hop on a plane and go home every time things were getting a bit rough.

So I wrote songs a lot and expressed how I felt about certain situations within my music. I also read a lot of motivational books and if I’m honest, I just got on with it! I had no family or friends who were in France so I really was on my own. But you do have to really put that behind you and make the most of being in another country.

How has the experience changed you?

This experience has without a doubt changed and shaped me as a young woman. I am more culturally aware and tougher. Now I just to go and do anything! I have enjoyed hating and loving the French language and I have loved the spontaneous opportunities that have arisen from my trip. I definitely have become more of aware of how NOT to treat others and really how someone’s attitude towards another, positive or negative can leave such a lasting impression.

I have come back fluent in French, musically tuned, with lifelong friends and I’m ready to enter my last year at university in full storm!

What is your advice for anyone thinking of spending time studying or working overseas?

My advice would be for anyone thinking of spending time working or studying abroad would be to be prepared from the worst! …And then prepare yourself for the worst of the worst! Expect to find it hard to make friends and expect that not everyone will be as friendly as you.

Learn the basic words for the everyday usage of the language, and be prepared to how many people do not speak English! There will be lonely times and days when you question yourself and what you are actually doing in another country, but embrace the opportunity that someone else would love to have and make the most of everything by trying everything.

Rapping in a foreign language, on the radio, seems like a pretty brave thing to do. Please can you tell us about this? If you’re stepping out of your comfort zone, how important is it to step right out in order to grow?!

Before I left for France I told myself, “Naomi, you were once told by a teacher in sixth form that you must make a rap in French.” The thought of it was awful! I mean I was barely getting by trying to learn to speak the French language, let alone try and rap in it! But I thought, “Here in France is perfect opportunity to do it.” I wanted to have something of a musical memoire from France so I thought to myself, “This will be something I will never forget!”

Also I had the opportunity to work with a French rapper (who I met in the gym – the effect of good networking really is priceless!) And I didn’t want this musical opportunity to be like any other. I mean it’s easy to rap in your own mother tongue, but what about pushing the boat an extra mile and really doing something different? So I did.

I really do think having a real carefree mind set and thinking, “What can be the worst thing that can happen?” is the way. It’s still a learning experience, whatever the outcome! Attitude is the most crucial thing to stepping out your comfort zone. Step out and enter someone else’s!

In 2012 you won a Black Youth Achievement Award for your music. Please can you tell us about this?

In 2012 I was nominated for the Black Youth Achievement awards, which was an award that recognised young talent amongst the black community and how it is making a positive difference. The nomination in fact came from my dad who really believed and admired my drive and perseverance in music.

He reminded me recently that when I when I first started out in music at the age of ten how I would use all my pocket money to purchase ‘studio time’ at the local studio and also take all of his blank CDs to make my first ‘album’ He never really told me how proud he was of me until nine years later when I received this nomination.

I didn’t expect to even become a runner-up as I really felt I hadn’t actually done anything other than a few performances here and there, and that there had to be so much more young talent who was doing so much more then I was for the community. But in fact I was the winner and when I gave my ‘thank you’ speech I really thanked my dad for having so much faith in me over so many years. 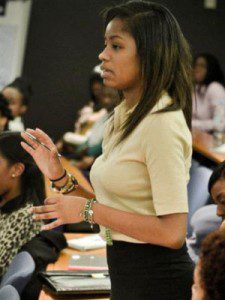 When I joined a new school for my sixth form studies a lot of my friends told me not to go because of the area’s reputation, but I really wanted to do my chosen subjects and I had turned down my offer at the BRIT school to do this! So, in other words, nothing was going to stop me. When I arrived I received nothing but kindness and for me, my sixth form experience was amazing!

What I didn’t realise was that there were no education assemblies at the time to educate others about different nationalities and ethnicities and I really felt a bit sorry for the lack of education regarding other cultures that people had.

I was already making a name for myself for my music around the school and was quiet popular with the younger years. So when I suggested that I would be hosting and rapping a Black History event I got a strong following of volunteers and support from the other teachers and students. After putting on this event I ran for head girl and was successful! It was such a great feeling! Being the only black young female in the school’s sixth form and now I was the respected face of it! I felt like Obama!

What are your career plans moving forward?

My career plans moving forward is first to graduate next June 2015 with an upper second in Business Management with French and then I know the world is mine! I have an interest in property and consultancy, so perhaps something within that field. I would also like to travel and be able to secure deals in French speaking countries! I studied Mandarin for a year in my first year at university and would really like to become conversational level at that.

However I am really looking to push an independent female focused music label called ‘Women in Music’ and focus on inspiring other young female musicians to become alive!