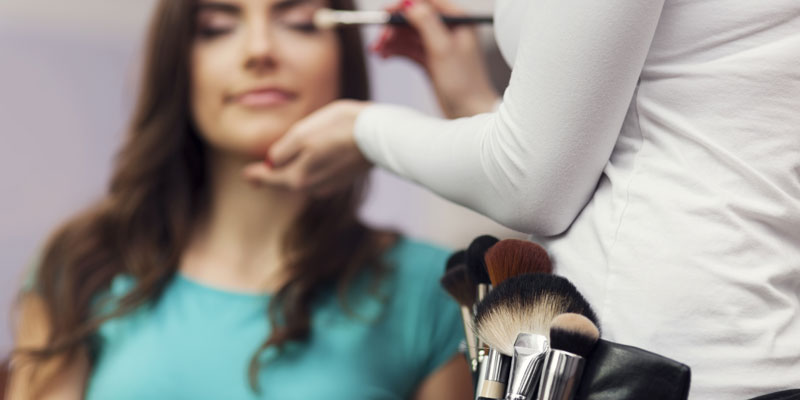 Janine Evans is an Avon Sales Leader from Wrexham who is a single mother of two children (one of whom is autistic). At the age of 28 she was diagnosed with cancer and underwent an ovarian hysterectomy. Janine used to work as a full time legal secretary, but as a single mother and with cancer, a 9-5 career was becoming impossible, so she joined Avon as a source of a steady income and distraction against her illness, but also the all-important flexible working hours. After six years of suffering cancer, Janine is now fully recovered and leads a team of 400 representatives.

Janine, first of all, it’s wonderful to see you looking so well. Please can you tell us about your journey to getting back to health?

It wasn’t an easy journey! I had to have plenty of rest and really needed my parents’ help in looking after the children and especially with the school run. I couldn’t have done it without them. I had to have a lot of follow up appointments at the hospital every month to check to see if the cancer had still gone.

With the help of my family I regained my strength and was soon told I could go back to work and live a normal life again. This was music to my ears! I felt that I had been given a second chance of life and I was going to grab it with both hands.

How important has it been for you to embrace positive thinking in your professional life?

It has been so important for me to have something positive to focus on in my professional life, as it has given me a purpose to live and has made me more determined and motivated (as well as my children and family).

It has also given me a purpose to be a successful business woman and the confidence to build my business. My children are my drive to succeed so I can provide them with a better life. It has proven to me that whatever obstacles you come across in your life, you can always overcome them and be successful and live life to the full again.

How much of a challenge it is for a single working mum to balance the needs of your family, with the need to generate a steady income?

It is a massive challenge for me to balance the needs of my family with the need to generate a steady income. When I recovered from cancer I was determined that I was going to make a successful business out of Avon. I was going to give my kids a better life and so I put my plan into action! You don’t get anywhere without hard work and support.I have had great support from not only my sales leaders, who have been amazing and inspiring, but also my mum and dad.

I used to get home from my job as a legal secretary and go straight into recruiting Avon representatives and sometimes wouldn’t get home until 9pm. It has been hard at times, but no one will ever get anywhere without putting the hard work in first. I believe that in order to have a successful business you have to lay a good foundation, build on it, and then maintain it.

I look up to successful role models like Karren Brady; although she isn’t a single parent she has worked so hard to get where she is and is very committed. Karren has got a tremendous support network, with her family behind her, and I believe that is the key to success. I had the privilege of meeting Karren a few years ago and I asked her how she manages to balance family life and work. She said support from family and trying to be there when you can. She truly is my inspiration.

Avon seems like it was built around women from when it was founded. Can you tell us a bit more about the company’s history?

Avon was started, believe it or not, by an American man called David McConnell in 1886. He was a travelling salesman selling books door to door, but he soon realised that his female customers were more in interested in the perfume samples he gave to them with the books. He also noticed that his female customers were on their own at home while their husbands were at work and decided then to establish the ‘Avon representative’.

He named Avon after his favourite place in the UK – Stratford Upon Avon. Mrs Albee was the first Avon representative and was provided with an earnings opportunity when employment options for women were extremely limited.

The start-up costs were unexpectedly low. I didn’t even notice them coming out of my commission! Today it only costs £16 to start up your own independent Avon business and even that is split over two orders; £10 out of first order and £6 out of second order.

How big is the territory you cover?

The territory I cover is expansive. I have customers who are friends from as far as Stoke on Trent, across Liverpool and Wrexham. In mileage over approximately four months I do about 15,000 miles! I have a personal online brochure and over 60 customers. I go to a variety of places including offices, hairdressers, doctors surgeries and nursing homes.

You have a team of 400 representatives working with you. How do you support them in their work for Avon?

It’s essential to support my team and to make them feel like they are supported and that I am there for them. I am regularly in touch with them and for every campaign I offer incentives such as congratulation cards and lottery tickets. I also send out balloons to my top performers as a thank-you for their hard work.

Is there any such thing as a ‘typical’ profile of a member of your team, or are everyone’s circumstances different?

No, I don’t think there is such a thing as a ‘typical’ profile. Everybody’s circumstances are completely different. I have ladies who are elderly who want to top up their pension and young mums who want extra money for their holidays. That’s what I like about my job – everyone has a story to tell why they started an Avon business. I can recruit a representative who is 18 and I have recently recruited a lady who is 73. It’s a varied walk of life.

Is your team made up of all women?

No. The majority of my team are women, but I do have a handful of men in my team who are successful representatives. Male representatives are very successful in their own right; customers are not fazed by men delivering products or brochures.

A great example from Scotland is Kevin Gibney, who started his Avon business in 2012. He was previously working in a full time management job, but saw the earnings opportunity through Avon. He now has over 100 representatives in his team and has seen great success. As a father of four, the flexible working hours Avon offers are very important to him and he loves that he can be there for his children.

What’s the best part of your job?

The best part of my job is travelling, meeting new people and giving them the opportunity that I have been given – to help them earn money and for them to create a better life. There’s no better reward than to help another person achieve great things and put a smile on their face.

And the most challenging?

The most challenging role in my job is juggling work and family life and making a happy medium. Every day is a challenge as I never stop and I’m always on the go. As soon as I get home I’m attending to office work and answering emails, calls etc. It’s finding the balance.

How many countries does the company operate in?

Avon operates in over 100 countries worldwide, they have over six million active representatives across the globe.

Who are your role models in the company?

My role models are my ‘upliners’, Dave and Debbie Carter. An upliner is a sales leader who has signed you up in their team as a representative. They become your support network and are always there to help you every step of the way. Without help and support from my upliners, I wouldn’t be where I am today. They have given me the greatest support and always believed in me, which means a lot.

Debbie and Dave are Avon’s most successful sales leaders in the UK. In 2004 Debbie was made redundant from her job working in a print finishing factory and left struggling to make ends meet, so she started her business as an Avon representative.

In her first three weeks she turned over £18,800 worth of products and couldn’t believe the money she was making. Realising she was on to a winner, Debbie decided to recruit her partner Dave Carter to her Avon team.

Debbie and Dave are now running independent businesses with a turnover of around £7 million each, heading national teams of more than 4,600 strong each and personally earning £250,000 a year each.

What are the opportunities for career progression across the company?

There are great opportunities for career progression. For those looking for the next step, sales leadership offers the opportunity to manage your own team of representatives like I do. Sales leadership is about owning your own independent Avon business.

What advice would you give to other women who are looking to branch out into a new career?

The advice I would give is never look back. If Cinderella went back to find her shoe she would never have met her Prince Charming! Believe in yourself and through sheer determination, motivation and hard work you can achieve your dreams. 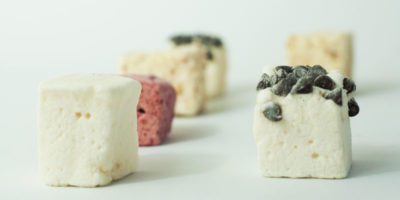 Entrepreneurship: A fine line between genius and stupidity – Harriot Pleydell-Bouverie, Founder of Mallow and Marsh 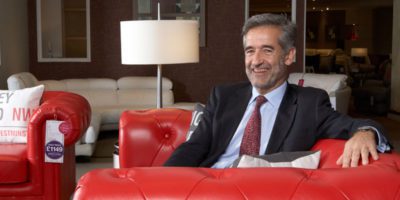 The business benefits of diversity and a women focused approach – Ian Filby, Chief Executive of DFS 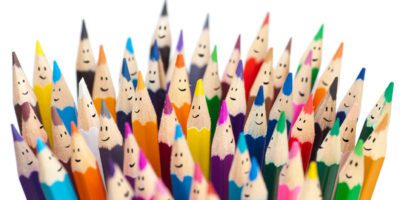