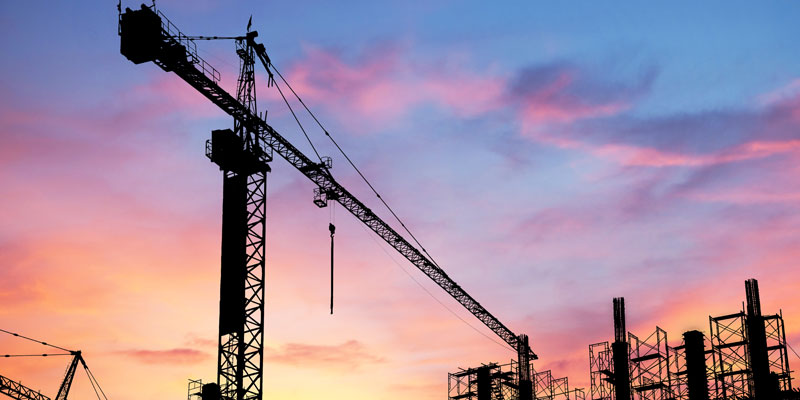 Anne Fuller is a chartered structural engineer at Capita and has worked on a number of multi million pound projects for private and public sector clients. Anne has considerable experience of leadership and technical design, having managed multidisciplinary teams across multiple offices in her previous roles. She has also been instrumental in driving the development of Building Information Modelling (BIM). Anne is active in the Institution of Structural Engineers and has a keen interest in the development of trainees and graduates to chartership status.

“…There are more similarities between people than there are differences. If you ask people what they want from a career they will list pretty much the same things regardless of their gender…”

Please could you tell us a little bit about yourself and career background?

After graduating in civil engineering I started work as a structural engineer with an engineering consultancy. As my career progressed I was given larger projects to run and bigger teams to manage until I was leading multi-disciplinary teams across several offices. I currently work as a structural director in the engineering division of Capita property and infrastructure managing the Midlands and North business.

What attracted you to a career in construction?

I hadn’t really considered a career in engineering until I was forced to make a decision about my future as I approached the end of my school days. All that I knew up to that point was that I wanted a career based around maths and sciences which were subjects that I loved and that I was good at.

As I started to consider the options, the thing that attracted me to engineering in general, and civil / structural engineering in particular, was the idea of being part of a team that produces something physical which has an impact on our surroundings and on people’s lives.

Was the industry what you expected?

I’m not sure that I really knew what to expect.

What have been the challenges you have faced so far?

The same challenges that most people in construction face; an industry that is particularly sensitive to dips in the economy and the consequent difficulties that this brings, and a lingering culture of confrontation and litigation.

The only time that I have felt at a disadvantage being a woman was during the year and a half I spent early in my career working on site for a major contractor. As a young and inexperienced engineer I found the attitudes that I experienced from some people difficult to deal with. I think things have changed considerably since then and believe that women are now accepted as equals both on site and in the design office.

What are the best parts about working in the industry?

The sense of achievement at playing a major part in delivering a project, whether this is creating new buildings or restoring existing ones; the diversity of the work – no two projects are the same, every design is a prototype; the feeling that you get when working alongside like-minded people with a shared purpose; the sense of satisfaction from using your skills and knowledge to solve problems.

Why do you think women are underrepresented in construction?

I think that historically it has been seen as a male preserve and that perception is difficult to shift.

You have suggested changing the construction industry so it is a place women want to work, rather than changing women’s perceptions of the way the industry is at present? Please could you tell us more?

My previous comments related more to contracting, and in particular to manual trades where women make up only one per cent of the work force, and I think that we need to make the industry a more attractive career choice full stop; not just for women.

While I have little direct experience of this area of construction, having spent the majority of my career in consulting, the evidence is that issues such as low pay, poor job security, long working hours, lack of training and low public image are reasons that people are choosing alternative careers. There is less of a problem in the professions where working conditions are generally much better.

What sort of things should we be doing differently to improve gender balance?

The area in which women are the most significantly under-represented is in the manual trades. I suspect that men continue to enter these trades almost by default simply because they have always been seen as traditional male jobs, but it is a braver decision for a woman to make and I think we need to tackle the issues above before many women will make a positive decision to go into this type of work.

Unfortunately there is also bit of a Catch 22 situation here as women are discouraged from entering an industry where they are going to be in such a minority. In the professions the proportion of women is higher; estimates vary but none exceed ten per cent.

We need to increase the profile of engineering and shout louder about the great things that are happening – UK construction has been at the forefront of advances in sustainable design and digital engineering, whilst our expertise in architecture and engineering is recognised across the globe.

In a recent article you also talk about the assumption that women and men want something completely different from their careers being unfounded. Please could you tell us more about what you meant here?

There are more similarities between people than there are differences. If you ask people what they want from a career they will list pretty much the same things regardless of their gender – things such as job satisfaction, decent pay, a good working environment, a clear route to career progression, job security etc. are what matter to everyone.

The order in which they prioritise these may vary from individual to individual and will probably vary at different career stages but they are fundamentally the same issues; for example women may in general place more emphasis on flexible working, (although I have personally come across several instances of men choosing to work part-time to help with childcare.)

The government published the ‘Construction 2025 Strategy’ in July 2013; could you tell us a bit about it and the effect it may have on women in the industry?

Construction 2025 is a long-term vision for the future of construction and sets out a plan for the construction industry and Government to work together to drive improvements in things such as global trade, sustainable construction and technology. It recognises that a key factor in tackling this is the need to improve the gender diversity of the workforce.

If there was one piece of advice you would give to women working in construction, what would it be?

Recognise that your input is of equal value to anyone else’s.

Going forward how do you hope to encourage more women into the industry?

I hope that by communicating with women through the media and talking to them face to face about my own experiences I can convey the satisfaction and enjoyment I get from my job and can convince them that a career in construction is well worth considering.