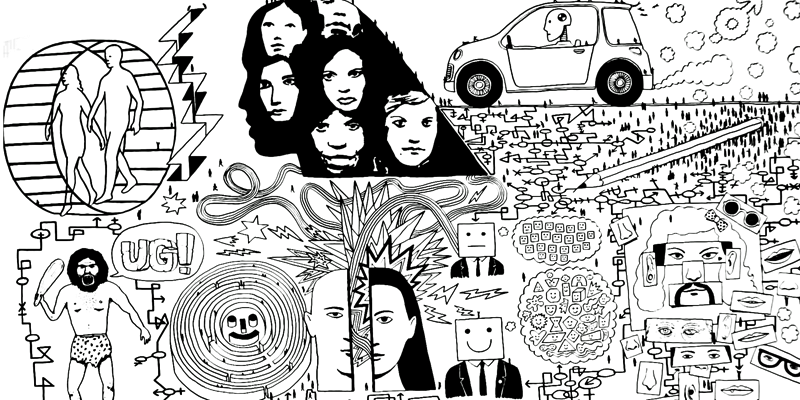 James Wallman is a futurist, author and journalist who recently wrote a report for Yell Business, called The Future of Gender Equality. James’ work looks at the history of gender equality and uses that to inform his predictions for gender evolution. His predictions cover areas like the acceptance of multiple genders, the way that smart companies will actively tackle unknown bias to drive superior business results, and the expected shift in the equality debate to move from focusing on pay parity to quality of life.

Becoming a futurist and the work I do

I spent four years at Oxford doing Classics, and then I discovered journalism. Through that I did a piece of work on trends in food and got hooked, because it’s such an interesting subject to cover – not just food the future aspect. It turns out there’s a way of reading the future that’s really useful It’s based on a sociologist’s idea called The Diffusion of Innovations, which was codified in 1962 by Everett Rogers. I started to use that method to tell the future and it’s really good fun so I’ve been doing it pretty much ever since 2004.

I spend a fair part of my day at Google’s co-working space called, TechHub in Shoreditch and I also work in West London, where I live. Essentially I will work anywhere there is coffee and a Wi-Fi signal…

At the moment I’m doing some consulting work for a very interesting platform business to help them develop their proposition. Their business model and the way they are approaching business is very positive for the future. The platform business model is used by companies like Uber and Airbnb – it’s a revolutionary model that’s enabled by the Internet, but it’s got positives and negatives. In a company like Uber the money all seems to go to the platform and not to the workers, so whilst it’s good for reducing friction it’s got some downsides, so the company I’m working for is addressing those downsides and making it better.

The Future of Gender Equality

Yell Business came to me because they work with lots of SMEs, many of which are run by women. They could have done a piece just on the future of business, but they were interested to think about business in the context of the future of gender equality, because if you’re a women and you work, you’re interested in the idea that you’re getting paid the right amount of money for the work that you do. This is particularly pertinent in many ways because the Sex Discrimination Act was passed in 1975, so from that moment on you couldn’t discriminate on the grounds of things like sex or marital status. The fact that these issues are out there being discussed so widely today is brilliant.

If you consider when shared parental leave was introduced in 2015, it was lovely, but then people would see the low uptake and say, “Is it really worth it?” If you look at the statistics for Scandinavia and specifically Sweden, they introduced effectively what is Shared Parental Leave in 1974. When they first introduced it only a few guys took it up, for now, a number of decades later it is much better used and parenting is more shared, but even in Scandinavia the fathers are more likely to work full time and the mothers part time, even now.

You have to take into account that throughout history the roles of men and women are different. Men are generally bigger physically, which is partly how the patriarchy was established. Going back to caveman times men would be the protectors to protect you from the animals and the other tribes.

Fast forward to 1000AD and you needed someone to push the plough and fight the invaders, and then moving up to 20th century, we maintained that idea of the man being the worker, but what’s happened in the past 10, 15, 20 years is this incredible shift in power between men and women. There’s been an incredible shift in terms of what a woman needs and what a man needs.

Brexit and the US election results 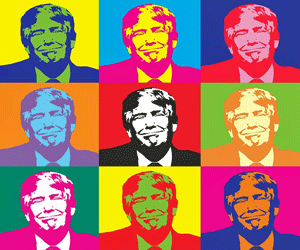 I posted something about this on Medium about why Brexit happened and why Trump won. I think one of the key reasons is that a lot of men are frightened as they feel they have lost their place in society. Their place has always been to be ‘the strong one’ and the creator of wealth, so a woman would choose a man who was older and richer and that way her genes would be more likely to continue, and a man would want a woman who was younger and fertile for the continuation of his genes and the survival of the species. These are pretty basic things.

In 20th century we’d arrived at a time when the man had to be the one with the big car and the big house and the big money, but a number of things happened though. Society is far less violent than it used to be – 150 years ago walking from your village to another village would have been considered a pretty risky thing to do, but we have lighted cities now though, so being out at night is less dangerous and you don’t need a man to protect you.

Women are now getting closer to earning what men do, and often the same in some circumstances, so they don’t need a man for that either, but for the continuation of his genes a man still needs a woman.

The things than men relied on are being take away from them, so they’re confused and angry, so “make America great again” is about “make me great again”. The “take back control” message of Brexit is “I want control back”. To be clear – this isn’t women’s ‘fault’. When things change you get ‘winners’ and ‘losers’ and I love the idea that gender equality is good for everyone, but the truth is that it could be perceived as good for women, but not good for men … in the short term. In the long term it will all be fine though.

I’m an optimist and I’ve got a daughter who’s six, so I want her to grow up in world where she can do what she wants. Socialisation and changing cultural norms is hard, although most places are slow to do it.

I find it fascinating to think that we’re having more sophisticated conversations around the pay gap, because then we can work out what the problem is. Facebook is looking into some of the ways that women and men write CVs differently. If you write a job advert saying that you’re looking for someone who’s ‘exceptional’ you’ll get men applying, but if you ask for someone who’s ‘extraordinary’ you’ll get women applying for it. It’s amazing the difference a slight change of wording can make.

Diane Perrons and Nicola Lacey of London School of Economics had a very clever idea about flipping quotas on their heads and having maximum quotas, so for example in parliament they’d say, “a parliamentary party can have no more than 70% of either gender of candidates” and then following that they’d say the maximum is 60%, and then you’d probably leave it because exact is weird and you’d have 60/40 or 55/45 – there’s always going to be little fluctuations.

I’m not trying to cop out here, I’m just trying to say what would be real. You’ve never going to have exactly 50/50 and you’re always going to want to have the best people to run your company to represent everybody. The magic of those maximum quotas rather than minimum quotas is that it doesn’t have the tokenistic feel of, “we’ll take her because she’s a woman so we can fill the quota”. It’s much more that, “we’ve hit or quota for men so now we need some other people”, because those are the people we’re representing.

Hip to be fair

The interesting thing for me it how quickly it’s changing – striving for gender equality is reaching the point where it not only becomes the right thing to do but also the hip thing to do – so this is what we’ve got to do because it makes sense.

Once you get 50% of the leadership in companies as women then they’re going to know what everyone is getting paid. Sucheta Nadkarni of Cambridge Judge Business School reinforced this in her report, The Rise of Women in Society:

I fundamentally believe that. I hope we can make things fairer. This isn’t about women and men – it’s about everyone in society, but keeping men on board is a smart idea to show them they will get something from it as well.

A lot of people who think changes needs to take a long time don’t understand how change happens, but my business is about observing how things change. Sometimes cultural change can happen quickly and if we facilitate the right conversations between men and women with can speed up progress yet further.

You can read James’ research for Yell Business here: https://business.yell.com/sme-insight/challenging-gender-norms/future-of-gender-equality/