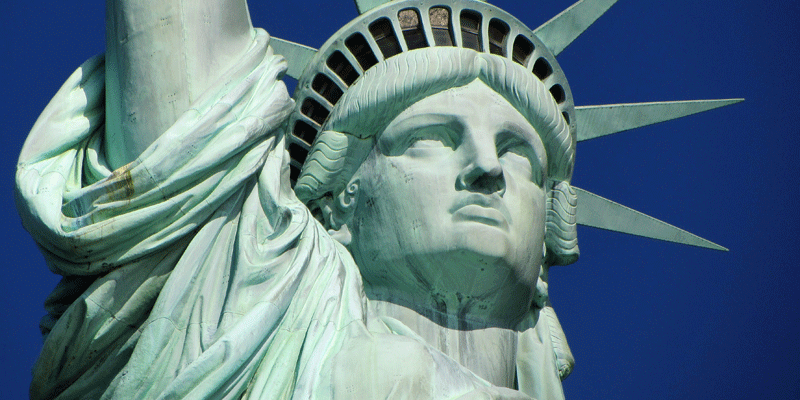 Azadeh Khalili is executive director of the New York City Mayor’s Commission on Gender Equity. The Commission is an advisory body that works across city agencies to help achieve the Mayor’s commitment to reduce gender-based inequity and build a safer, more inclusive and economically mobile city for women and girls. Prior to this, Azadeh has worked in a variety of roles including as the deputy commissioner of the NYC Mayor’s Office and also as the executive director of Language Access Initiatives.

“…Using salary history to determine the wage for a potential worker can have negative repercussions for women, since women are historically paid less than their male counterparts for the same work…”

Azadeh, please can you tell us about your career to date and what made you want to work in the gender equity space?

The largest city in the United States and a global capital of economics, media and culture has a feminist Mayor in Bill de Blasio, and a First Lady who is committed to gender equity in Chirlane McCray. Before my role as executive director of the Commission on Gender Equity, I was already working on Mayor de Blasio’s team advancing immigrant rights. I jumped at the chance to advance his vision on gender equity issues.

I have spent my career in human rights, feminism, and public health in New York City. Gender equity is an area where these causes intersect. Our big goal is to reduce poverty and increase economic opportunity and mobility for all women, regardless of race, class, age, gender identification, and sexual orientation.

What does your role involve on a day to day basis?

The Commission on Gender Equity is chaired by the First Lady of New York City, Chirlane McCray, who has made an unprecedented commitment to New York City’s women and girls. I am fortunate to work closely with her on these issues.

I focus my days on being in touch with a wide range of New York City government agencies and non-profit organisations around a set of goals the NYC Commission on Gender Equity has set forth. In the morning, I may be helping senior officials to better understand and frame their work in terms of gender, and by the afternoon I might be reaching out to community leaders to get their advice and help on communications or legislative strategy.

On 4th November your department announced that from December, New York City agencies will no longer be able to ask job applicants about their salary history. Please can you tell us how this came about and what it means? 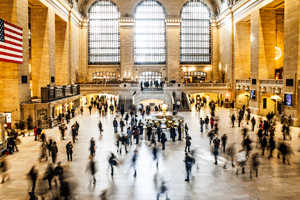 The recent Executive Order signed by Mayor de Blasio prohibiting City agencies from inquiring about the salary history of job applicants is a big win for women. Executive Order 21 is the most recent effort by the de Blasio Administration to close the pay gap.

Using salary history to determine the wage for a potential worker can have negative repercussions for women, since women are historically paid less than their male counterparts for the same work. Women continue to be discriminated against in the job application process and in salary negotiations when previous salary can be used as a baseline for future salary.

Women in New York City continue to earn less than men and are more likely to live in poverty. US Census Bureau data shows that the mean income for women in New York City was equivalent to just 80% of what men earned. Eliminating the opportunity for an employer to issue a salary based on salary history is a measure to ensure that the offering of salaries to prospective employers can be based on merit, and not sex. The Executive Order grew out of the Mayor’s insistence that the City of New York lead the way in rooting out institutionalised practices that have discriminatory outcomes for women.

This approach was first adopted in Massachusetts – what learning have you taken from this?

This falls in line with what the de Blasio Administration and Commission on Gender Equity strive for and believe in – that women should be paid the same as their male counterparts for utilising similar skills and fulfilling similar responsibilities. We are actively working to close the wage gap here in NYC, and to be an example for the rest of the country. Witnessing Massachusetts’ efforts to do the same is an inspiration and is very encouraging.

In merit-based systems such as this, how do we ensure comparable pay for comparable work?

Gender discrimination has persisted throughout the history of merit-based hiring and pay systems. Therefore, it is necessary to pass legislation to root out biases and institutionalised discrimination so that salary decisions in merit-based systems are truly based on merit. And with legislation, there is also the need for an ongoing awareness campaign so that employers comply with the letter and the spirit of the law.

Without the proper legislation and awareness, there is a risk that women will continue to be unfairly treated in the workplace like they have been throughout history. Local governments have a big role to play, especially in the absence of federal or state action.

It’s been argued that one discriminatory pay decision leads inevitably to the next, creating a cycle of low earnings throughout a career, so that’s why breaking the cycle helps. Do you think other employers will be brave enough to follow suit?

Yes! We think that there is widespread unawareness of this cycle of discriminatory pay among employers. Once they are familiar with the data, the dynamics and how the cycle of discriminatory pay adds up over a worker’s lifetime to a huge amount of lost wages and often an uncertain retirement, we think there is no going back. And, of course, having the full force of legislation with penalties for non-compliance will force even unwilling employers to change practices.

Some progressive businesses are already committed to offering gender equal pay salaries of their own accord. Their example and the success they have in publicity and in the war for talent will lead other businesses to follow suit when they become aware of the consequences of discriminatory pay practices. But, we know others will need legislation to get them to change practices.

Are there other ways we can speed up progress towards gender equity?

Progress toward gender equity can absolutely be sped up and that can be accomplished through education, advocacy, collaboration among City government agencies, organisations, and businesses, mobilisation of the public, and a dedication to human rights. If awareness of gender issues is raised, more people – women and men alike – can take a stand against gender discrimination and push locally for their government to take a stand. Awareness and education is key.

Joining UN Women’s HeforShe campaign and pushing for the US to pass Convention on the Elimination of all Forms of Discrimination Against Women (CEDAW) legislation is a good way for the public to participate in speeding up the progress towards a world free of gender discrimination.

What is coming up next for you and the New York City Mayor’s Commission on Gender Equity?