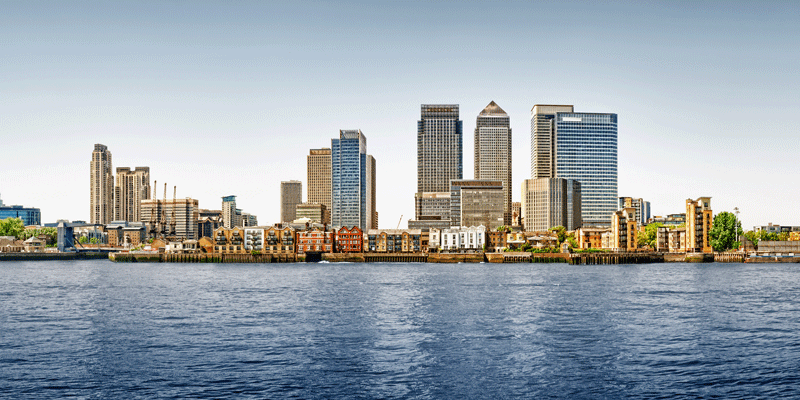 Dame Helen Alexander is Deputy Chair of the Hampton-Alexander Review, an independent review aiming to increase representation of women in the executive level of FTSE 350 companies. Dame Helen is working alongside Sir Philip Hampton, Chair of GlaxoSmithKline, and former Chair of RBS and Sainsbury’s. The new review follows on from Lord Davies’s Women on Boards Review, a voluntary business led initiative, which saw female representation on boards in the FTSE 100 rise from 12.5% to beyond the target of 25%.

On Wednesday 9th November 2016, KPMG hosted the launch of the Hampton-Alexander Review report, marking the next stage in the journey where FTSE 100 companies will aim for a third of their leadership roles to be occupied by women by the end of 2020.

An opportunity to make a difference

When I was asked to be Deputy Chair of the review it was clear very quickly that this was an opportunity to make a difference. I’ve been to so many sessions over the years where, in the best possible way, women were highlighting some of the issues they faced and it was always in that “someone should do something” category. Now we have a chance to do something and to monitor the change that we’re going to make, but it’s not just about women. It’s about the culture of the whole company and the culture in business generally, for men and for women… It’s a chance to make a difference to the whole talent pool.

When I was a non exec [director] at Northern Foods we were doing a factory tour … and suddenly a woman dived through the whole group, came up and shook my hand said, “I’m so glad you’re here now because now you can tell them how it really is!” Now that was just ever-so-slight stereotyping I think, but it did leave me with a sense of how seriously she and her fellow female factory workers … felt unheard, and also what a responsibility I had. 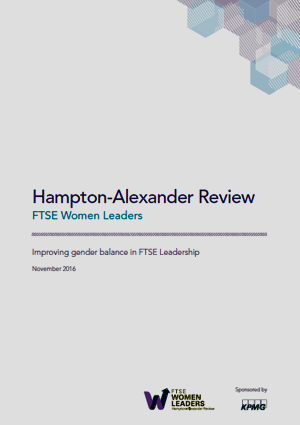 This is a new target for boards in the sense that it was set up by Davies, we reaffirmed it in the summer, but we wanted to make it clear in everybody’s minds. It wasn’t just: “25% – hooray, we did that!” but it’s actually the next step as well – going up to 33% for the whole of the FTSE 350.

The second target is for senior leadership. We spent a lot of time thinking about senior leadership and deliberating long and hard, not only me but the steering group and all sorts of stakeholders that we spoke to. Was it stretching enough? Was it ambitious enough? Was it achievable? We had quite a lot of data but some of it only related to one year so there is a little caution about that in some of the words in the report because we will now be able to see and monitor trends whereas … today we only have one year’s data on some of it.

We did look at the number of positions on boards and how that changes, the time horizon we could be expecting so see change within, the rate of appointment and making sure we’ve got all of those different variables to a state where the whole steering group and our stakeholders felt that there was rationale behind it. Some felt stretching, some felt too stretching and some felt not stretching enough, but we’ve probably got it right if we’ve got to that middle point.

The third recommendation is about … Government helping us to make sure that the reporting becomes clear, regular and transparent. There are a couple of opportunities for that either in narrative reporting in general reports or through a change to the combined code, but making sure that there is that push and disclosure that is as comparable as possible.

I’m delighted to see some investors here today because it is the fourth recommendation we’re making – that investors (some are doing this increasingly) start to make the gender balance, not only of the board but also of the senior team and the culture of the company part of their investment decision. Not only in terms of where they put their money but also how they vote.

There are definitely some search firms [here] in the room. The fifth recommendation is exultation for the search firms to build on the fantastic work that they’ve done in the field of women on boards, not only to help us get to 33% but also to make sure that the target amongst the senior layers of women is also met. They’ve showed that they can do it before so I’m sure they can do it again!

There’s lots of progress to build on, and the last five years has been quite remarkable, but there’s also this extraordinary community of support , because there is a vast number of people who care about this and who can push in all respects – in companies and outside, and many of you are here today. But it’s also now a mainstream issue in boardrooms, and that’s good news. We’re not trying to replicate any of that.

The Government backing is important to us, so thank you for that both ministers here today, because it really does give a different perspective to many of the other initiatives that are going on. In particular I think it will enable more transparency and making sure that we urge not only ourselves to make sure that we have good data but that in turn, companies themselves start to use that data to decide where there are issues and to measure what’s happening to the female workforce in their companies.

We’ve talked to many stakeholders and we will continue to talk to all those we know and all those we don’t know in these companies with the help of the steering group to make sure they understand the recommendations and to give them some ideas if needed about how some things can be changed. I suspect that the FTSE 25o leaders will realise that the target for FTSE 100 is just the start.

So, were shining a light at an aggregate level, or encouraging the companies to do the same internally so that they can see where those issues lie, and making sure measurement shows where progress is and where progress isn’t. It’d about the ability to intervene at each of those pinch points.

A marathon, not a sprint

I keep saying it is a marathon, not a sprint, so our priorities over the next year will be women on boards and moving that needle towards the 33%, and for women in senior leadership ranks, moving that needle towards the 33% goal by 2020 – memorable numbers, I hope. It’s also about making sure that use of data is really understood, because without that it’s really not helpful.

The voluntary, Government backed, business led approach has served us well, I think – the review is independent, but will nevertheless be utterly focused on making sure that we meet our goals.

Following on from this, the Hampton-Alexander Review: FTSE Women Leaders was announced in February 2016 and its terms of reference include: