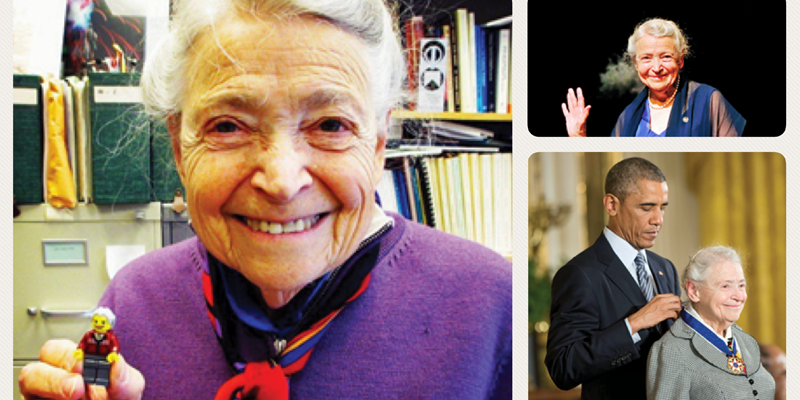 Maia Weinstock is a science editor, writer and media producer, and she is the deputy editor at MIT News, the news office of the Massachusetts Institute of Technology. Maia is a strong advocate for girls and women, who is internationally known for her LEGO projects including Scitweeps, a collection of scientist minifigures, and the Legal Justice League, a set featuring the women of the US Supreme Court, Women of NASA and, most recently, Women of Science, which became a LEGO Ideas finalist but was not approved for production. Her latest project is a biography of the nanoscience pioneer, MIT Professor Emerita, Mildred Dresselhaus.

“I was approached by the MIT Press about writing a biography highlighting a notable woman in science, and Millie was one of the people they were considering. Her name jumped out at me because, being at MIT myself, I had come to hear legends of Millie that made me really curious about her background and her contributions to science and technology.”

I am a science writer and editor currently serving as the deputy editorial director at MIT News. I have a degree in human biology from Brown University and have focused my career on writing and editing for both adult and child audiences. My work has appeared in outlets including Scientific American, Discover Magazine, Space.com, BrainPOP, and Science World, among others.

I was approached by the MIT Press about writing a biography highlighting a notable woman in science, and Millie [Dresselhaus] was one of the people they were considering. Her name jumped out at me because, being at MIT myself, I had come to hear legends of Millie that made me really curious about her background and her contributions to science and technology.

I also had a sense that she was massively underappreciated outside of the STEM community and thought writing her biography would be a great opportunity to help others around the world learn about her many varied accomplishments.

Millie had passed away shortly before I started working on this project, but I benefited from many public interviews, oral histories, and other sources that Millie had loaned her voice to. I did spend some time seeking out archival materials, both at MIT and at places like her high school in New York City.

I also connected with a number of family members as well as former colleagues and students. A tribute event at MIT in late 2017 was invaluable in terms of providing a sense of some of the stories I would pursue and people I wanted to talk with further.

Since my day job is not directly related to this book, I had to spend many, many late-night, weekend, and vacation days chipping away at the project, so it’s great for the book to finally be out in the world!

Paying tribute to a scientific legend 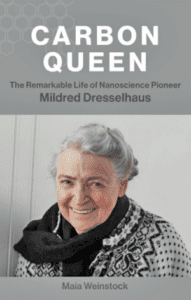 So far, I’ve received many positive comments about Carbon Queen from friends and colleagues in the STEM community, whether from former colleagues and friends or from people who knew of Millie but never got to know her personally.

Book writing can be a lonely process in the early stages, and you never know how your work will be received, so it’s very gratifying to know that the choices I made, the stories I selected to convey, and the writing itself have been impactful.

I’ve worked nearly exclusively on this book project since my Women of NASA set went on sale in late 2017, which is actually when I first started doing research for the book. Last year, once the manuscript was nearly finalised, I finally let myself dig back into my LEGOs and create another project for LEGO Ideas, the Women of Computing, honouring six women in computing history. The set did very well, achieving 10,000 votes in two months and becoming a finalist in the contest, but unfortunately it wasn’t selected to become a real product.

In general, LEGO has been doing much better with representation in the past ten years since I first started getting interested in that realm. There are many more female characters than there used to be across the company’s products and marketing materials. There are also more individuals of colour, and people with disabilities are starting to be included, which is great. However, I would really like for the company to rethink its use of yellow as a default skin colour in many of its characters.

Recent research by groups including the Women’s Brick Initiative (of which I am a member, though I didn’t conduct the research) has shown that actual humans of colour do not identify with minifigures with yellow skin, and that some individuals find the skin tone offensive.

Women’s history must be more than an afterthought

On the one hand, you would hope we’d get to a point where we didn’t need reminders during certain months of the year that women — or other groups — are important to celebrate. But the fact remains that women’s history tends to be an afterthought in children’s education, something you tack on to the history of nations and wars and other developments led primarily by men.

In science it’s the same: While the history of women in the STEM fields has certainly become more visible in the past decade in particular, women’s contributions to these fields are still largely underappreciated.

As just one example: In my book, I mention that Millie Dresselhaus had a connection to three Nobel Prizes (so far). But all of those awards went to men, so if you know nothing else about carbon nanoscience or superconductivity, you might wrongly conclude that women like Millie are absent from these fields, or not contributing at the highest level. I’m hopeful that in a small way my book will help correct the record, at least when it comes to Millie’s contributions to nanoscience and nanotechnology.

Support from the Womanthology community

I really appreciate the ongoing support of the Womanthology community. My book is available now, so readers should be able to get a physical or electronic copy or to borrow one from their local library. People can also follow me on social media; my Twitter and Instagram username is @20tauri.

Time to rest and recharge

To be honest, this book has been a huge commitment for me, and especially with the pandemic over the past couple of years, I’m looking forward to a bit of a break. Among other things, I’m hoping to take a vacation somewhere warm! I do have a few new projects up my sleeve, though, at least one book project and a LEGO project. But you’ll have to wait until they’re a bit more fully baked before I can share. Thank you, as always, for supporting my work! 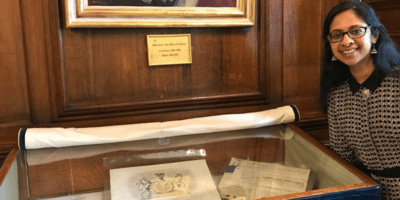 What would Elizabeth Garrett Anderson do? If you are determined enough, you can always find a way!

With special guest Sarah Moshman, Director and Producer in Film and Television, and Inês Santos 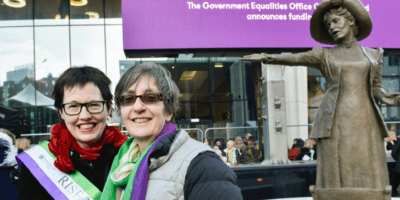