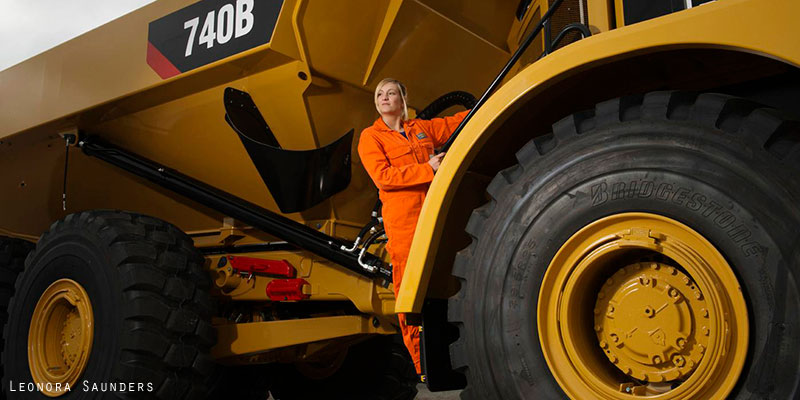 Leonora Saunders is a London-based photographer specialising in portraiture, whose work includes the ongoing ‘10%… and rising’ – a book project photographing and interviewing women working in male dominated professions where women make up less than 10% of the workforce. This work aims to celebrate these women, explore their experiences of being in the minority and challenge our ideas on gender and ability, presenting memorable and inspiring portraits of these often hidden role models in our society.

“…From time to time this work makes me angry, I just think, “This is ridiculous! Why should it take so long? Just do it. Do it now! What’s the problem?..”

The possibilities of image making

Without wanting to be a cliché, I always wanted to be a photographer. When I was about 14 or 15 it stood out to me as something I wanted to do. I was very interested in the possibilities of image making.

I don’t know if I’ve had a traditional photographic career or not. I started out at art school but then I decided I’d had enough of education, so I left and lived in Prague for a year, taught English and did other things. I came back and went to Bournemouth Arts Institute to study Photography, before transferring to Kingston University to change to Photography and Graphics.

I left after a year because I felt I just wanted to get on and do it, so I went the more traditional route of becoming an assistant, working my way up and learning the skills that way. I’m so glad I did. I’ve never, ever regretted that decision. Eventually you make the transition from assisting to doing your own work.

I was actively trying to work on my own ideas at the same time as working for other people. There comes a time where it just feels right and you know that’s the thing to do, and you start getting your own clients.

For the last four or five years I’ve been doing my own work consistently. I’m lucky enough to have fantastic people around me that I work with – great teams of collaborators.

Persistence in all things

Photography is one of those things that you have to be dedicated to do, because you get knocked back all the time. There’s never any certainty about work, clients. You never know when the next pay cheque is coming in or where it is coming from, so it’s very easy to get anxious and demoralised by the whole process.

Of course being freelance has its own benefits. You’re your own boss, you can choose your holiday time, but at the same time you can never not answer the phone, or not respond to an email because you’re ‘on leave’- you always have to be on the case because you have sole responsibility for your clients.

It has its stresses but I wouldn’t want to do anything else!

Specialising in gender and diversity 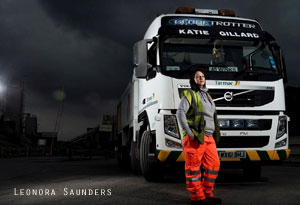 Specialising in gender and diversity related images was quite an organic process. It came from a personal project I did with a friend a number of years ago. She’d seen a bicycle courier sitting in a park and was wondering how many women did that job – it seemed so cool. We started working on a brief and came up with the 10% idea, looking at women who make up less than 10% of a workforce in a particular profession.

The project got picked up by The Guardian, who ran a feature. It started developing and sparking a lot of interest and I decided to take it further and make it into something bigger.

Collecting and curating a series of portraits of women working today

It is an on going book project and I am ultimately trying to collect and collate a series of portraits of women at work today so we get a historical and social archive of how things are in 2015 (or when it’s done!)

From a small personal project it became wide ranging. It felt very edifying to be working with imagery and challenging the way we look at women and celebrating them. When you get reactions from people saying: “Oh what! I didn’t even know you could have female firefighters!” That emphasises the need and importance to highlight these issues.

Imagery as a powerful tool

Photography is a powerful medium. Certainly we respond immediately to imagery. It’s a very influential tool and it’s very easy to get trapped in a slightly superficial language, so certainly it felt more intellectually engaging to work on things that relate to issues that I feel are important.

There’s no shortage of subjects either. So many projects suggest themselves all around this idea of ‘equality’ and there are so many ways to can express those ideas, and also, sadly, there’s so much work to be done. The Equal Pay Act was introduced in 1970 and we’re still looking at about an 18% pay gap and we’re 45 years down the line.

Until fundamental, basic things like that start to change there’s still going to be the need for this kind of work.

From time to time this work makes me angry, I just think, “This is ridiculous! Why should it take so long? Just do it. Do it now! What’s the problem?”

The interesting thing is when you start exploring some of the issues, in my case through imagery, you think of all these people who are in all these different worlds, it’s quite nuanced. It’s not quite as black and white as it seems. It’s very interesting to explore some of the reasons that women have been held back and continue to be restricted, and sadly it runs quite deep.

So we need a culture change. I think imagery goes some way towards helping that shift because every culture has its icons and visual triggers. 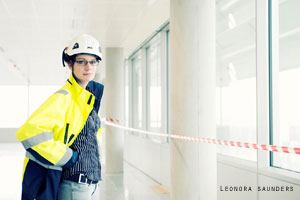 #BuiltByHer is a campaign devised by Marta De Souza. The idea behind the campaign is to rebrand the face of the construction industry, which historically has not been the most appealing to women.

We want to encourage girls to consider construction as a potential career choice. The aim is to try and break down some of those stereotypes associated with the construction industry by getting more girls interested in exploring the opportunities it can offer.

The business case for it is quite phenomenal. For example I think the number of women in bricklaying is too low for the National Office of Statistics to measure! So you’ve got this ridiculous situation where you’ve got this huge million pound industry which has little or no female representation in many areas.

Of course you’re then missing out on a huge talent pool, so there’s 50% of the population who are not having the opportunity to get involved – to improve things, to innovate and build. So through an educational programme and an ad campaign, #BuiltByHer is looking to change this.

Reaction from the construction sector

From conversations I’ve had with people within the industry there has been an extremely positive reaction to all of these projects, which I think is so important because often this change that we’re talking about does come from top down initiatives. There seems to be a big appetite for taking the profile of girls and women in the construction industry and looking at ways in which it can be improved.

The reaction has been very positive.

I’m currently working on a body of work to be exhibited for the Dive In Festival for Lloyds’ Diversity Festival at the end of September. I’m working on a number of other campaigns, which are at early stages, focusing on women in STEM professions. I’m also working on an awareness raising campaign about domestic abuse. So there are a number of ongoing projects that I hope will be heavy hitting. Do look out for them. 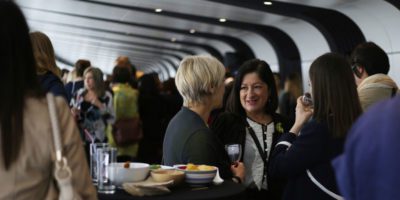 Success for professional women on their own terms: You can be a feminine woman and also an intelligent architect – Holly Porter, Founding Director of Surface to Air Architects 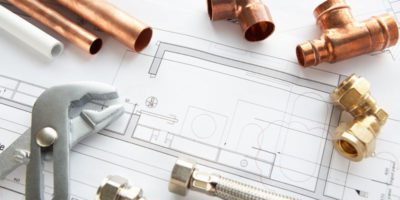 Greater expectations: Women in plumbing helping other women and girls to help themselves – Mica May, Co-director at Stopcocks Women Plumbers and Builders 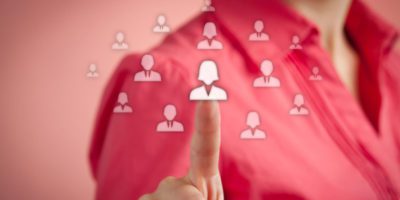 Building each other up in the workplace: Five ways you can help other women progress their careers – Saphina Sharif, Business Planning Manager for Atkins