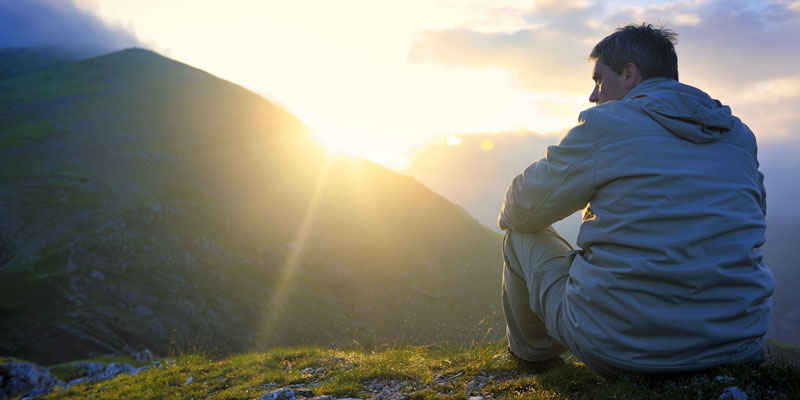 Adrian Dyer began his career in the Merchant Navy as a navigating officer. He came ashore in 2000 and has worked within the shipping industry in the City of London ever since. He is married with two children. Adrian blogs as City Dad, aiming to encourage dads to become familiar with their rights as regards paternity and parental leave, as well as flexible working.

“…Therapy should be compulsory for everyone. Problem or no problem. It’s wrong that there’s such a stigma attached to it. All it is, is chatting to someone. Someone who listens. Someone who really wants you to understand things and help you. It helps you to live life, not just exist…”

Mindfulness: Walking around with our eyes and minds open

Mindfulness has become a real buzzword at the moment. From what I have gathered, I think it’s about being aware of your own thoughts, feelings and bodily sensations, a bit like meditation. An aid to make us more aware, to walk around with our eyes and minds open.

I’ve got two jobs, two kids, a house to run and, on top of that, I have to find time to run my own website and, of course, blog a bit too! Does doing all of this actually sharpen my awareness, or does it mean I end up being less mindful?

It’s so easy to get stuck on life’s carousel without stopping to have a look around. I often talk to people who I can tell are not really engaged with the world (or maybe they are just not engaged with me?). It surprises me that I’m making a comment like that. To be honest, I recognise something of myself in such people. My eyes were closed, and I was spinning.

Much of the change has been brought on by facing the challenges of being in a long-term committed relationship. In addition, I have wanted to keep up with my wife, who is self-reflective and needs me to be self-reflective too. I also hang out with her twin sister, who is a psychotherapist!

In addition, yes OK I admit it, I’ve had some therapy. It’s a bit of a long story, but here is the precipitating event: I had a monumental headache just before my wedding some years ago. I don’t mean a one-night migraine, I mean a headache that lasted for weeks and required medical investigation.

I had two weeks off work and spent most of that time horizontal as I would throw up if I lifted my head up. Just for your information I think it was a cerebral fluid leak (google it) brought on by over-exercise, which in turn was due to my looming wedding. It was never properly diagnosed though.

A severe headache for several weeks is, well, pretty severe, and it had an additional horrible side effect. I couldn’t escape it, and pretty soon I started to feel claustrophobic within my own body. Can you image that? Because of this claustrophobia and the feeling of being trapped I started to get very anxious. Suddenly I couldn’t stand being on the tube, and even the overland train, with the doors closed, became a bit of a problem. Then other things started making me unusually anxious too and I knew I had to get it under control.

So I went to therapy

Knocking on a stranger’s door, walking in and talking about all of my problems felt very alien to me at first, but it was such a godsend. It really opened my mind. It made me think and it’s kept me thinking. Of course we talked about my headache and the anxiety but we also ended up talking about everything else in my life. Trying to make sense of it all. By the end of it (if there ever really is an end!), I was pretty tuned in, for me anyway.

Therapy should be compulsory for everyone. Problem or no problem. It’s wrong that there’s such a stigma attached to it. All it is, is chatting to someone. Someone who listens. Someone who really wants you to understand things and help you. It helps you to live life, not just exist.

I think that another hindrance to being mindful of oneself and others is, for more and more people, social media.

In my household at least, we often spend far too much time on our gadgets when we ought to be doing more useful things and engaging with each other. Realising this is half the battle and knowing when to put the iPad down is important. Do we really need to surf through so much “stuff” when the real, tangible, world is sitting right next to us?!

Having said all of this, I do still catch myself, sometimes, on that carousel letting life spin, but at least these days I catch myself doing it and get off for a proper look around.