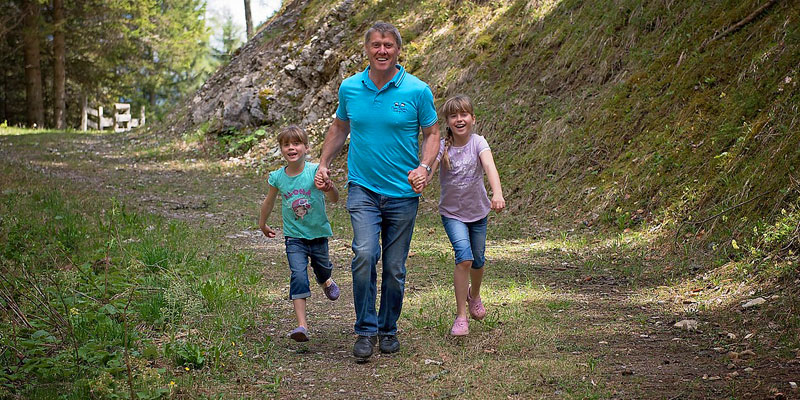 “…Leaders come in many shapes, sizes and forms and do not conform to one set of characteristics. We all need to challenge our own stereotypes…”

Awareness of inequity often happens when the inequity becomes personal. For example, fathers with daughters often see, sometimes for the first time, how a woman’s experience in the workplace may be different than a man’s. They imagine how the workplace is experienced by their daughters and they realise that the workplace needs to change.

While awareness itself does not always lead to change, a personal connection can spark action. In Australia, for example, male CEOs with daughters have smaller gender pay gaps in their companies according to the Workplace Equality Agency.

Catalyst is calling upon fathers to join its #DisruptTheDefault campaign to end the inequality that women face in the workplace. It’s a call to action for individuals and companies to make bold moves that make meaningful change for women and men so that they have equal opportunities to advance and lead.

This Father’s Day, here’s how men can help their companies create more inclusive workplaces. Their daughters and female team members will benefit, and it’s a win-win for everyone – women, men, families, communities, economies, and society in general.

You want more money in the family purse? Fix the pay gap. It seems obvious that women and men should be paid equally across all industries and regions. And yet research shows that women still earn less than their male peers, despite identical backgrounds, education, and experience. Catalyst research has revealed that women MBAs are paid, on average, $4,600 less in their first job than men MBAs.

Transparency is the key to fixing this issue. Men and women need to demand that organisations disclose salary information in a clear and transparent fashion.

Until women know what colleagues are making they can’t negotiate and be asked to be paid fairly and equally to men. We know that men respond to a sense of fairness. When they see the salary differences, they will then have the opportunity to lead intentionally and inclusively and ask for equal pay across the board.

2. Be a sponsor – expand your circle

Here are two questions I would like to put to fathers: “Who took a chance on you? And who are you taking a chance on?”

A CEO of a multi-national company asked these questions to his senior management team and found, unsurprisingly, that people tended to help those who looked like them and had similar backgrounds. Psychologists call this ‘like-likes-like’ – when people naturally gravitate to ‘people like us’. The challenge is to break this cycle.

We’re calling on fathers to disrupt the like-likes-like default and deliberately choose to sponsor women in their careers. (Sponsors are different from mentors: In addition to giving advice, they will also advocate for colleagues at the decision-making table.)

3. Embrace a new way of working

Both men and women want to work more flexibly, according to Catalyst research, but when flexible work arrangements are not available, women are twice as likely as men to downsize their aspirations for the top.

Doug Hillary, a Dell vice president, speaking to The Wall Street Journal, recently admitted that a Catalyst training programme made him realise that he might unconsciously favour male workers who spent long hours at the office. He asked a female colleague who had two young children if he adequately accommodated her needs and found that he was scheduling staff conference calls during the school run, which had meant she couldn’t attend. Since then, the call times have been changed.

We know that women aspire equally to men, yet women are often not asked career-changing questions. For example, a manager may assume that a mother with young children does not wish to relocate internationally. Former EY Chairman and CEO James S. Turley calls this a ‘silent problem’. So make sure your company asks women what they want.

5. Take a new picture: What does a leader look like?

There is still a narrow definition of what a leader looks like, physically and characteristically, and this needs to be challenged.

Female leaders, according to Catalyst research, are perceived to be innately more competent at ‘taking care’ behaviours whilst men presumably excel at ‘taking charge’ behaviours. In addition, women are either too soft or too tough, liked or competent—the Goldilocks double-bind of ‘never just right’.

Leaders come in many shapes, sizes and forms and do not conform to one set of characteristics. We all need to challenge our own stereotypes.

Let’s end inequality in the workplace and in society with the help of fathers and all men. Each and every one of us has the power to #DisruptTheDefault and change the way we think and act and to challenge others to do the same.