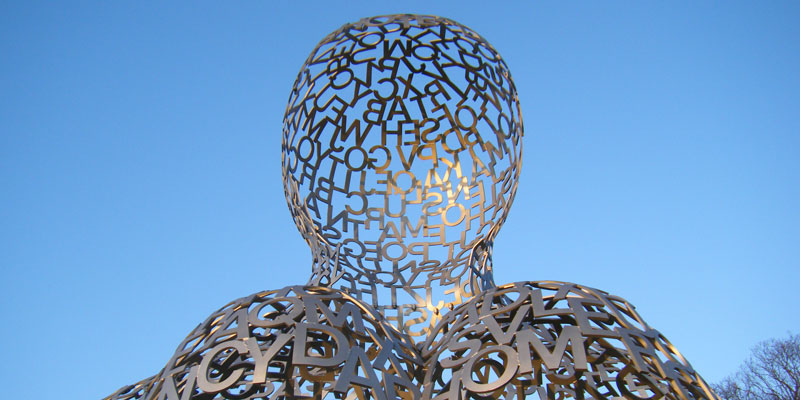 Clare Lilley is Director of Programme at Yorkshire Sculpture Park, recently named Art Fund Museum of the Year 2014. Since 2010 she has had lead responsibility for YSP’s exhibitions and projects, the collection and public engagement. Clare’s most recent projects include Ai Weiwei, Fiona Banner, Amar Kanwar and Yinka Shonibare.

“…A number of key organisations in London and around the UK are led by women. We’re engaged in teaching, interpretation, fundraising, marketing, operations and so all of these are open to those with an interest in art…”

Please can you tell us about your career to date?

I graduated from Manchester University with a degree in the History of Art and then started an MPhil, but at the same time started working as an intern at the brand new Cornerhouse contemporary art centre in Manchester. I was also part-time assistant to the curator of a major Medieval art exhibition at the Royal Academy, so over three years I managed to pack in a fair amount of experience and kept paying the rent.

While I was never paid as an intern, I became assistant to the curator, previously director of the Serpentine – the wonderful Sue Grayson Ford – who gave me tremendous opportunities and freedom, working with incredible international artists. My first salaried job was working as an exhibition organiser for Clwyd County Council, based in Mold, North Wales. I programmed a commercial and a publicly funded space in Theatr Clwyd as well as a library space in the town – all alone and on a shoe-string. I worked on education, fundraising, installations, publicity, design and publishing, and stayed there too long!

In 1992 I was offered a job at YSP, which then had a tiny staff – around twelve of us, compared to about 170 now – and we all did a bit of everything, so I suppose the Clywd experience paid off. At YSP I’ve gone from Arts Co-ordinator to Lottery Co-ordinator, to organising our landscape management plan, dealing with planning permissions, being client representative for our architectural developments, being curator, overseeing marketing and public engagement, and now Director of Programme.

Recently I’ve curated the Frieze Sculpture Park in London, an exhibition at Chatsworth House and I also do some writing. In the spring I curate a project in the church of San Giorgio Maggiore in Venice for the Spanish artist Jaume Plensa and I’m feeling pretty lucky about that!

Can you tell us a bit about Yorkshire Sculpture Park (YSP)?

We have an incredible mix of indoor and outdoor space, which provides a beautiful setting for the display of contemporary sculpture. With sculpture by artists such as Barbara Hepworth, Henry Moore, Antony Gormley, Andy Goldsworthy and Ai Weiwei, sited in over 500 acres of 18th century parkland and gardens, the opportunities to explore the relationship between art and nature are endless. We also deliver a year-round temporary exhibitions programme which includes some of the world’s leading artists, right through to emerging artists.

YSP has recently won the Art Fund Prize for Museum of the Year 2014. What was it that set you apart from the competition?

Truly, there is nowhere else like it. Stephen Deuchar from The Art Fund, and Chair of the Museum of the Year judges, said that YSP has ‘a perfect fusion of art and landscape’. We pride ourselves on making art accessible to everyone without compromising on the work that we show. We were particularly commended for our 2013 programme which included Yinka Shonibare’s vibrant exhibition FABRIC–ATION and also the bold decision to re-house Roger Hiorns’ iconic installation Seizure, 2008/13, at the Park. Our world-class learning programme is also an extremely important part of what we do at YSP. We welcome 45,000 learning visitors each year, providing exciting opportunities for school children, students in further and higher education, families, young people and adult learners.

Can you tell our readers a bit about some of the famous female artists whose work you exhibit?

We’ve recently worked with 2002 Turner Prize nominee Fiona Banner on a very ambitious new project for our Longside Gallery. Fiona Banner: Wp Wp Wp opened on 20 September and features Chinook, an installation formed from two sets of rotating helicopter blades, suspended from the gallery ceiling. It really is breath-taking. We also currently have the largest ever exhibition of work by the American artist, Ursula von Rydingsvard. Her huge, beautiful sculptures, made from blocks of cedar wood, are on display in our Underground Gallery and in the open air.

The backbone of the outdoor experience here is the collection and some of our most important works are by Barbara Hepworth, internationally considered to be one of the most eminent artists of the 20th century.

We have the entire The Family Of Man from 1970 – a group of nine ‘figures’ on a hill that range from the smallest ‘Young Girl’ to ‘Ancestor II’, metaphors for humankind over millennia. Tate will mount a major exhibition of her work next year. We also have a wonderful mosaic Buddha by the extraordinary French artist Niki de St Phalle, as well as other woks in mosaic by the Italian artist Marialuisa Tadei.

Aside from the more well known artists, we also create projects for many emerging artists, who have access to great opportunities with us – whether they’re performance artists like Helen Benigson and Florence Peake, or makers of objects such as the Indian artist Hemali Bhuta, who made her very first bronze sculpture with us.

Several members of your team are women. How does this influence the way YSP is run?

Running the Park is a huge team effort, including gardeners, technicians, chefs, finance, marketing, artists, as well as the curatorial team. Curators and the learning team are the hub of programme information, which of course impacts on all areas so it’s important we’re efficient communicators and that people are included in the major projects on which we embark. I think a close attention to detail and a care for inclusion is a feature of the team and that these qualities have quite an impact across the organisation.

What are the career opportunities for women looking to pursue a career in the arts?

Museums and galleries alone comprise a really extensive international industry and the best institutions or situations are helping to support and transform communities. A number of key organisations in London and around the UK are led by women. We’re engaged in teaching, interpretation, fundraising, marketing, operations and so all of these are open to those with an interest in art; degrees in art history, art, and related subjects abound. UK curators are particularly in demand, moving to the US, Europe, China (where a new museum is opened every week!) and the Middle East. I’m involved with Frieze in London, the UK’s biggest art fair, which now has a sister fair in New York. This role gives me a bird’s eye view into the commercial sector, where auction houses and galleries are growing year on year. These are fascinating and hugely expanding worlds and every year a new city opens its doors to a contemporary art fair or major public art project – Instanbul, Dhaka, Shanghai, Moscow, Kiev and Dubai are just a few that come to mind.

How have funding challenges affected opportunities?

Funding is always a challenge and at times life seems precarious; we feel that YSP is deserving of higher public funding, not just because we contribute over £5 million to the local economy each year, but also because greater stability would allow us to plan further ahead and enable us to raise yet more funding from the corporate and private sectors. YSP stands for quality in every respect and foundations, philanthropists and corporations value this and want to be associated with us, but we still have to work incredibly hard for funding that in London would be far more accessible.

What advice would you give women looking to break into the arts?

I can speak more for the visual arts than other art forms, which in fact is dominated by women, but research shows that these women accept lower salaries and more demanding roles than in other industries. So I would counsel women to keep pushing at stubborn doors and to not allow others to take them for granted. Also, build and use effective networks and establish good mentors – or wise women as I call them – for both your private and work lives. Finally, think about the whole picture, not just the area you’ve chosen, and keep discussing, reading and looking – like any industry, we have to keep abreast of developments and to keep innovating. 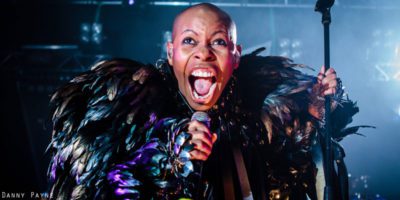 Donna Loveday, Co-curator of WOMEN FASHION POWER at the Design Museum in London talks professional women empowering themselves through fashion to build reputation and assert authority 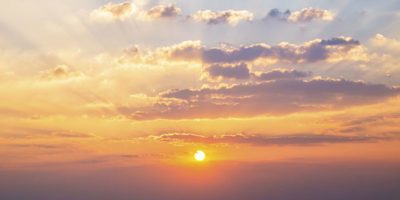 Cancer Maverick, Nina Joy on using the skills she developed in her career to help her tackle the greatest challenge of her life, whilst providing hope and inspiration to others 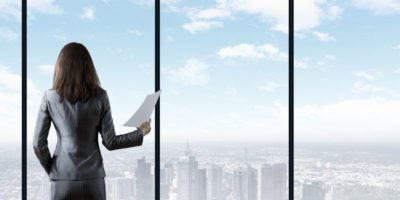