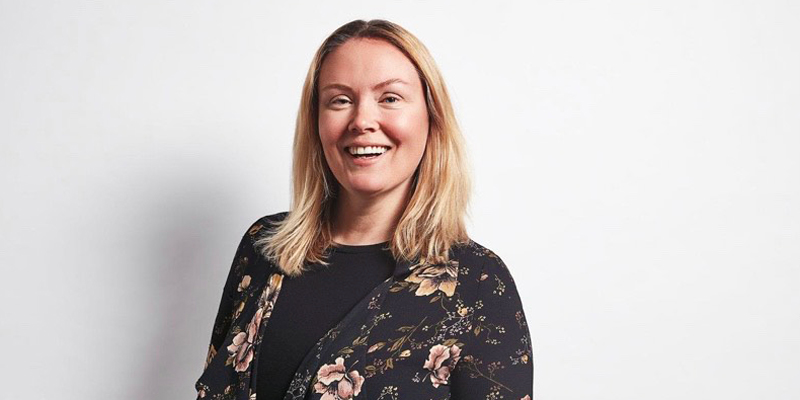 Naomi Timperley is a non-executive director and consultant at Alt Theory, a growth and innovation agency. Naomi is now working with IN4.0 Group and The Landing at MediaCityUK to create FreelanceHER 100, an accelerator to help kick-start the freelance careers of women who have lost their jobs due to COVID-19. She also sits on multiple boards, including FutureEverything and the Salford Business School Industry Advisory Board, and has featured in Computer Weekly’s list of the Top 50 Most Influential Women in UK IT 2018, 2019 and 2020.

Today I am a non-executive director and consultant for Alt Theory, a growth and innovation agency. (I’ve taken part in Womanthology before so you can read more about my background in my last article.)

Alt Theory is based in Yorkshire and Manchester. We challenge businesses to grow in new and existing markets by cutting through the noise and focusing on the most important things in a business – the customer. The business is made up of a team of entrepreneurial thinkers, creatives and innovators focused on helping future-proof businesses.

We work with many different clients, but they are predominantly from the tech digital creative sector.

I’m also a co-founder of Tech North Advocates, a private sector-led coalition of expert individuals from the tech sector and broader community who are committed to championing the North of England’s potential as a world-class hub for tech and digital businesses. I also sit on a number of boards and I’m passionate about the tech sector. I have also been a mentor for eight years and I have mentored several hundred businesses 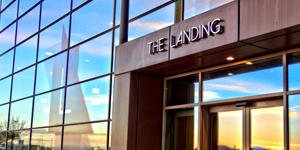 An exciting new project I’m currently working on is called FreelanceHER 100. It’s for a company called IN4.0 Group and The Landing at MediaCityUK.

It’s a fully-funded programme that will focus on women for whom COVID has resulted in a career break, as well as mothers seeking to return to work and applicants from the BAME community. Ultimately, it’s for female freelancers in the creative digital tech and media sector across the ten boroughs of Greater Manchester.

The programme starts in January, runs through to March, and it is very community-focused. The programme is open for applications now until the 31st of December 2020.

We’ve put the workshops together very carefully to maximise the impact. So, for example, each workshop will be delivered at three different times because we’re conscious that some of our cohort of women on the programme may still be in employment.

This programme is all about creating an opportunity for 100 female freelancers to thrive. It’s about us helping them develop skills in business modelling, market validation, how to look at revenue streams and cost structures, as well as how to break into new markets.

The programme is also about recognising and maximising the exceptional strengths that are unique to the female freelancer. A couple of things that I think make women stand out as freelancers are their ability to multitask. Women can easily seamlessly switch between different jobs.

Addressing the issues that matter to women

I’ve mentored several hundred businesses over the years, and I’ve worked with thousands of accelerator programmes. So, I’ve taken the experience of being a freelancer myself and built that into this programme.

The very first workshop that we have is about being brave, because it’s a very brave thing to do starting to take the plunge and work for yourself. I think certainly the women going through this programme will become braver, and they’ll become more confident in their abilities.

There’s a really big thing about imposter syndrome. So, when applying for a job, a woman may look at a requirements list and think that because they are a woman, they’ve got to have every single thing on that list, whereas a man will look at it and say that he will just a apply for a job even if he only has two of the requirements in the list.

This is also about us creating a community of one hundred very diverse women since we’re targeting women from the 10 boroughs of Greater Manchester. We also want to encourage applications from women who wouldn’t usually put themselves forward for programmes like this.

Recognition and looking to the future

Computer Weekly is the industry-leading magazine for the IT sector and they have a list every year, which lists the most influential women in UK tech. I’ve been on the list for the last couple of years, and as I work in the tech sector but I’m not a techie, it’s a big deal for me to be recognised by a publication that I’ve been reading since the late 90s. I’ve also previously been described elsewhere as “…being at the bleeding edge of anything that is innovative…”, which I quite like!

Moving into next year I will continue doing what I am all about – encouraging entrepreneurial thinking and design thinking to solve problems, and also telling the stories of women and young people who don’t get the opportunity to tell their stories. I’m also really excited about FreelanceHER 100 starting in January. If you know a Manchester-based woman who might benefit, please do share the details with her.