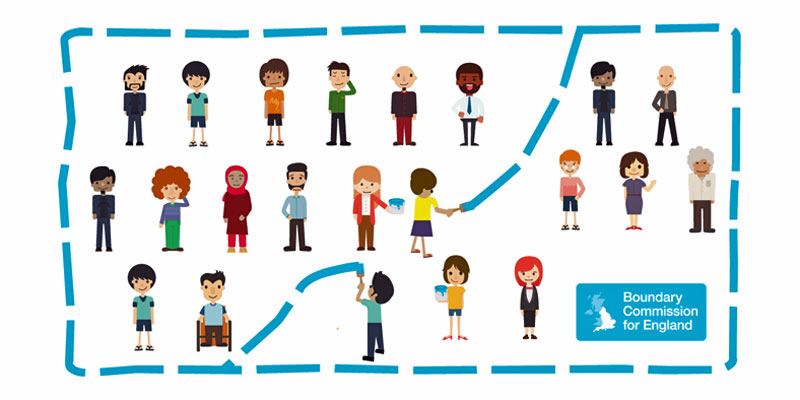 Donna Smith is a Review Manager at the Boundary Commission for England, an advisory non-departmental public body, sponsored by the Cabinet Office. She started out in engineering at Thames Water before leaving to pursue further studies and then making a career change to move into the Civil Service. Donna is working on the 2018 Review of Parliamentary constituency boundaries, where she leads on London and the North East regions.

“…The recent report by the Women and Equalities Committee in Parliament made a number of recommendations about how the Parliament in 2020 – whatever it looks like – might be more representative of our society. Our role is to make sure our recommendations are robust, based on what the public have said to us, and delivered on time, so that the political parties and others can consider their approach to representation in the House…”

Moving from engineering into the Civil Service

My early career started with Thames Water Authority in their engineering department as a draughtsperson/ senior designer estimator because I always wanted to do something outside of what was then seen as a ‘traditional role’ for a woman.

Following 23 years’ service I left to undertake some theological studies; upon completion, I was looking for a career change and was lucky enough to join the Cabinet Office in June 2000 in the fast-paced environment of Baroness Jay of Paddington’s private office, as her support officer. Baroness Jay was then Leader of the House of Lords, and I joined in time for what was to be my first state opening of Parliament.

I went on to work with Lord Williams of Mostyn and Baroness Amos when they in turn became Leader of the House of Lords and I had some wonderful and varied experiences there, including attending a UNICEF conference on Child Soldiers in Paris with Baroness Amos.

Since then I have worked in a variety of policy roles, including at the Judicial Appointments Commission, on the Government IT strategy and in the Constitution Group’s Registration and Franchise Unit on the European Parliamentary Elections in 2014. This last role led me neatly into my current challenge at the Boundary Commission.

This is my second stint at the Boundary Commission; having worked with the Commission for a few months in 2012 – my love of cartography and working with maps drew me back to work on the current review in November 2015 as a Review Manager.

At the Boundary Commission, Review Managers are responsible for different regions – mine are London and the North East. They both provide interesting and different challenges and it has been a great experience to learn about different parts of the country. My role is to lead on both of these regions.

This includes the construction of new Parliamentary constituencies, the organisation and analysis of public comments on the proposals, working with Commissioners, leading public hearings, line management and clerical work. In doing all these task, I am supported by Kevin, my Review Officer.

Background to the Review and its importance

This means the number of constituencies in England must reduce from 533 to 501 and we must recommend new constituencies that contain no fewer than 71,031 and no more than 78,507 electors. When you consider that the existing constituencies vary from around 55,000 to over 105,000 electors, you can see the scale of change required, and the challenge that the Commission faces in doing so. 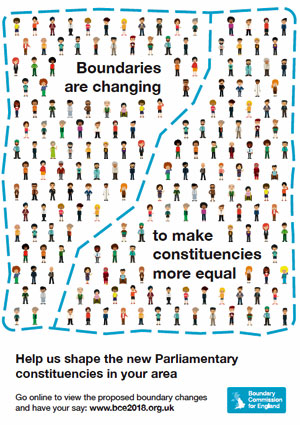 Last autumn we published our initial proposals for new Parliamentary constituencies – this was the first time people got to see what the new map of constituencies might look like. We consulted on those proposals for 12 weeks, including travelling round the country hearing directly from people about the impact of our proposals on their local areas.

We’ve got a huge job now categorising and analysing the nearly 20,000 representations we received during that consultation. We’ll publish all those representations so everyone can see, and comment on, what others have said, before we decide whether to revise our initial proposals.

If we do revise them we’ll run another public consultation later this year, before reporting our final recommendations to Parliament in 2018. After that it’s over to the politicians to decide whether to implement the changes!

We have had a great response to the consultation on our initial proposals. We heard from over 1,200 people in person at our public hearings and have received more than 18,000 written responses, not including the number of people who have signed a petition or campaign.

Over 80% of those written responses have been made using our interactive consultation website – http://www.bce2018.org.uk/. This was designed specifically for this review, it has clearly made it easier for people to submit representations.

I should add that the spread of representations is not necessarily evenly distributed across the country. For example, London has received about 25% of all representations, so I have lots to keep me busy!

At the Commission we’re very well aware of the concerns about women and minority groups and representation in Parliament. As a woman, I share these concerns, but it’s great to know that the Civil Service also considers diversity and inclusion to be vital, and is making great efforts to address the under-representation of women and minority groups in the higher levels of the service.

The recent report by the Women and Equalities Committee in Parliament made a number of recommendations about how the Parliament in 2020 – whatever it looks like – might be more representative of our society. Our role is to make sure our recommendations are robust, based on what the public have said to us, and delivered on time, so that the political parties and others can consider their approach to representation in the House.

Like all public-sector organisations, we take diversity and inclusion very seriously and the Commission’s obligations under the Equality Act’s General Duty was one of the first things it considered when setting its policies for the review at the start of last year. 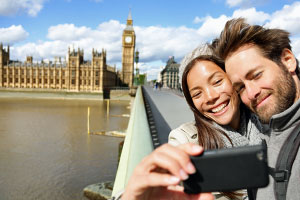 When it comes to making our recommendations, we might hear varying arguments based on diversity in local areas that would fit squarely into our obligation to take into account local factors, and the Commission will be balancing all these arguments against each other before deciding what to report to Parliament.

When it comes to our working environment – I have to say that this is one of the most inclusive teams I have ever worked for! Our inclusion and diversity champions run regular Diversity Days, at the last of which the whole team brought in food from their heritage – this was a good day in the office! And I was really pleased to see that when, last year, we appointed 21 Assistant Commissioners to work on this review, nine were women – not perfect yet, but a real improvement on Boundary Commission diversity in the past!

Coming up next for me and the Review

The next steps for the review is the publication of all 20,000 comments received last year: a four-week process will give the public a further opportunity to comment on what has been written or said concerning the initial proposals offering support to another argument or countering with more evidence. I will be working with my Review Officer to analyse any further evidence that is submitted for consideration before the revised proposals are developed and published as we head towards 2018 and the presentation to Parliament. And after that, who knows?!