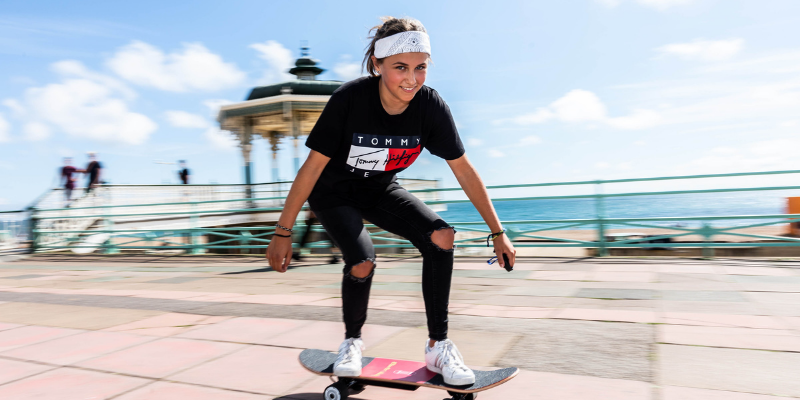 Charlotte Geary has won the IET’s Sports of the Future competition. Charlotte’s invention is called Electrodeck, a skateboard that allows skaters to go faster and do more tricks without ever having to take their feet off the board. Charlotte’s idea has now turned into a model prototype as part of the prize.

“I think at the end of the day, my life has changed so much just from doing a few drawings on a piece of paper. I think when you get opportunities like this you just have to accept them because until you run at the chance to try something new you’re never going to figure out who you are as a person.”

The whole idea behind my invention is a motor-powered skateboard that allows you to travel long distances without having to make contact with the floor every few seconds. I call this the Electrodeck.

Originally, I designed the board so that all the speed and direction was based inside the board and would take place through leaning onto pressure points on the board; this is the design that won me the competition. However, while designing the prototype we soon realised that with the technology provided at the moment, we would have to transfer the speed settings to a handheld device.

I first came up with the idea for the Electrodeck while on my penny board (a smaller skateboard) a few days before the competition was actually announced. I thought it would be such a cool and interesting idea if you could have another fun and efficient way of travelling!

Sports of the Future

The Sports of the Future competition was hosted by The Institution of Engineering and Technology (the IET) to try and get as many younger people as possible interested in both sport and engineering.

My cousin is actually an engineer himself and works for Bombardier, Derby. He was the one who originally told me all about the competition and he helped me slowly put the design together.

Just like all other 13-year-olds over the past five months, I didn’t really have much else to do because of COVID-19 and I guess I just thought it would be something fun and interesting to take part in.

Trying to feel as normal as possible

I think that because I’ve always been a very busy and active person, it was very strange going from having days completely packed with work as well as hobbies like football to being told you’ve just got to stay home.

In situations like this, you just want things to feel as normal as possible and I guess entering this competition and finding something new to try was my way of doing that.

When I found out I had won I genuinely couldn’t believe it because you enter this kind of competitions all the time for a bit of fun but you never really hear of any winners so when I got told that I’d won it was pretty much a speechless moment.

In all honesty, before the competition was announced I’d always been a very creative person, always interested in all the ‘out of the box’ subjects at school.

If you’d asked me about careers before the competition then I would have answered with something music-related, being a singer-songwriter, for example, but getting to explore into new careers over the past few months has really opened up options for me and it’s just made me want to stick to the creative side even more now whether that be the arts or engineering.

I think I’ll end up doing something I like to think of as ‘out of the ordinary’.

Take the opportunities life gives you

I think at the end of the day, my life has changed so much just from doing a few drawings on a piece of paper. I think when you get opportunities like this you just have to accept them because until you take the chance to try something new you’re never going to figure out who you are as a person.

STEM and engineering allow you to be so creative and gives you a way of transforming all your thoughts and crazy ideas from paper to real life. The Electrodeck is a clear example of that. Therefore, when you get opportunities like this, just go for it!

In the future, I think the end goal is to definitely transform the Electrodeck into something bigger. Once we can figure out how the board itself could be constructed without a handheld device, this will hopefully bring sports a completely new level of not just interest but options too.

The end goal is to be able to sell the board in skate shops for people all over the world to buy. A new generation is coming and it’s the generation of the Electrodeck. 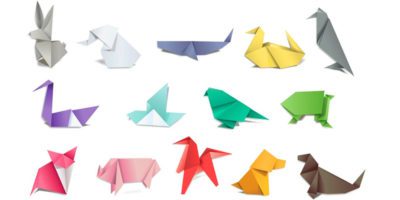 Harnessing the power of practical activity to bring mathematics to life – Sue Pope, Head of Service: Science, Mathematics and Core Skills at the Scottish Qualifications Authority 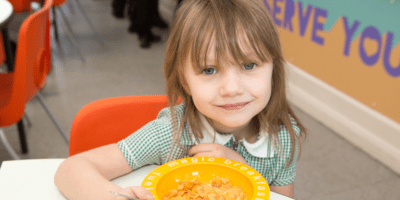 No child too hungry to learn: Doing everything we can to eliminate child hunger – Rachael Anderson, Head of Delivery for Schools at Magic Breakfast