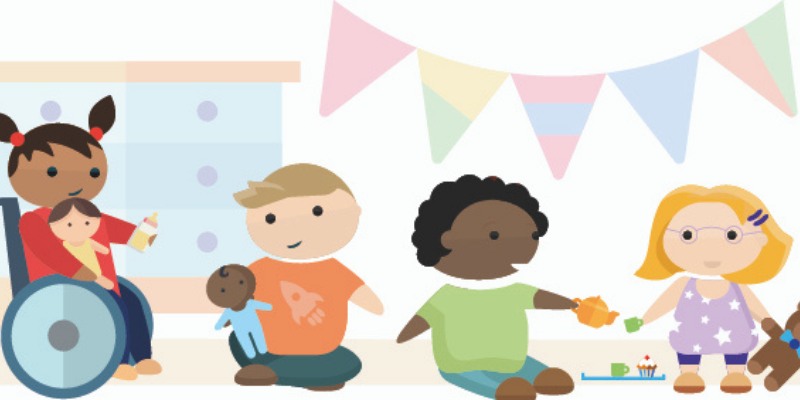 Tessa Trabue joined the Let Toys Be Toys campaign in 2013 after she became frustrated by the proliferation of gendered products, packaging and promotions for toys and children’s books that she felt restricted her young son’s choices. Let Toys Be Toys grew out of a Mumsnet discussion thread in late 2012 – within weeks a group had been formed that began researching and surveying retailers to assess the extent of the problem. Today the group has a strong media profile and has convinced 15 major UK retailers and 11 book publishers to drop the ‘boys’ and ‘girls’ signage from the toy aisles and book covers, and has also developed a Toymark good practice award.

“We hope that, by showing the toy industry that ditching the gender stereotypes is a successful way to market toys, this will encourage more retailers and manufacturers to let toys be toys.”

Our journey to make toys inclusive

Let Toys Be Toys is a grassroots campaign challenging gender stereotypes in childhood – mainly in the ways toys and books are marketed to children. We campaign primarily over social media, asking for change in the toy industry by raising the issues via Twitter, Facebook and Instagram, and following this up with discussions with retailers and manufacturers.

We run workshops and speak at schools, events and conferences throughout the UK, and have been taking our message to an international audience too – we were very pleased to be invited to speak at SheCanHeCan in Monaco, and the Cinekid conference in Amsterdam last October.

We were also thrilled to be recognised as one of the Top 100 Changemakers 2020 by the Big Issue at the start of 2020.

We were really pleased with the success of our early campaigns, which persuaded most of the major UK toy retailers and children’s book publishers to ditch the gendered signs and labels to Let Toys Be Toys and Let Books Be Books.

However, despite the disappearance of the signs, we noticed that gender stereotypes remain a big problem in the way toys are advertised to kids.

Since we last spoke, the campaign has taken a look at toy catalogues, and our research found that promotional images tend to represent children’s play along highly stereotyped lines.

Subsequently, we’ve been in discussions with retailers with a set of asks for making their toy catalogues more inclusive, by doing things like including more mixed groups of boys and girls in their images, and showing more examples of children playing outside of narrow gender stereotypes.

Early on in the campaign, we were approached by parents and teachers who had concerns about the gender stereotypes they sometimes encountered in schools. We know that in order for girls and boys to thrive in education from early years onwards, and reach their full potential, gender stereotyping needs to be challenged early on.

Through our work with schools and various discussions with teaching unions and other institutions, we became aware that very little gender equalities training is offered to those working in education.

This was further demonstrated by the 2017 BBC documentary, No More Boys and Girls: Can Our Kids Go Gender Free?, which showed clearly how gender stereotypes can have a negative impact on children’s self-esteem and self-belief, and that challenging them can deliver real benefits in terms of children’s aspirations, self-confidence and behaviour.

The programme generated a great deal of interest and discussion on social media – especially among teachers, and many commented that they were keen to implement similar approaches in their classrooms, but didn’t always know where to start.

These factors inspired our schools’ team to investigate exactly what, if any, training teachers had received around recognising and challenging gender stereotypes, and we decided to run a survey of teachers.

Our survey findings were pretty disappointing and confirmed what we suspected to be the case:

Based on our findings, one of the things we would like to see is ITT providers reviewing and updating their curricula to ensure that tackling sexism and challenging gender stereotypes is embedded in their training and resources for trainee teachers, with help to do this from the Department for Education.

We would also like to see schools offer CPD for all school staff specifically on challenging gender stereotypes as part of a whole-school approach.

When Let Toys Be Toys launched in 2012, our first survey found gendered signage in over 50% of shops across the UK.

By comparison, our retailer survey at the end of 2016 found that almost no UK toy retailers had signs up in the toy aisles, and that there was a 70% reduction in gendered navigation on websites.

It is extremely rare for supporters to find any girl/boy signposting in toy aisles or on toy retailer websites, and gendered book titles have mostly disappeared too – the titles we occasionally get contacted about tend to be old stock.

Despite the boy/girl signs coming down, gendered marketing unfortunately remains rife in the toy industry, and the pink/blue divide can still be evident in toy aisles and on the websites of the major toy retailers.

We’re continuing our work to persuade toy manufacturers to update the way they package and advertise their toys, such as using a wider range of colours for packaging, making sure that both boys and girls are represented on product packaging and in toy adverts, and moving away from using stereotyped motifs.

Early on in our campaign we also launched our Toymark award for good practice in order to recognise retailers who were doing a great job in the way they were marketing toys, books and bikes to children. 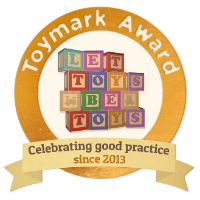 This initiative has been extremely popular with retailers, and we have made the award to more than 50 shops across the UK, with many more nominated and waiting for assessment.

We hope that, by showing the toy industry that ditching gender stereotypes is a successful way to market toys, this will encourage more retailers and manufacturers to let toys be toys. Through our campaigning, we have seen increased awareness and discussion in many areas on how important is to challenge gender stereotypes as early as possible in childhood.

We’re really pleased to be on the Fawcett Society Expert Commission for Challenging Gender Stereotypes in Early Childhood, which has been looking at the evidence in education, retail, parenting, children’s literature and more, and will be releasing findings and recommendations at the end of the year.

What Womanthology readers can do to support Let Toys Be Toys 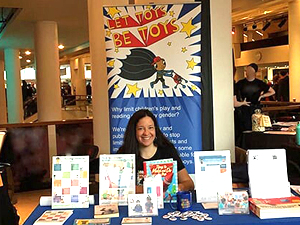 Readers can let us know about any gendered marketing they come across in shops, online or in adverts – pictures are always helpful!

Readers can also help by supporting our Toymark shops – those retailers awarded for their great work in smashing stereotypes. Shops can be nominated for an award by emailing us at toymark@lettoysbetoys.org.uk. We are always looking for help with our Toymark scheme – to find out more details about volunteering, email us at info@lettoysbetoys.org.uk.

Let Toys Be Toys is a completely unfunded campaign made up of unpaid volunteers. Readers can support our work with a donation – all contributions greatly appreciated! 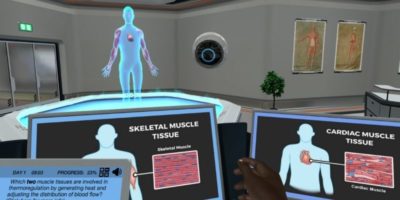 Providing an alternative to physical labs: Virtual simulations that have been keeping scientific experiments going during COVID-19 – Andra Salcudean, Digital Designer and Video Editor at Labster 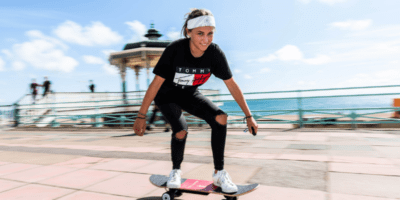 Embracing new opportunities as part of the lockdown engineering challenge that turned me into an inventor – Charlotte Geary, winner of the IET’s Sports of the Future competition and creator of the Electrodeck 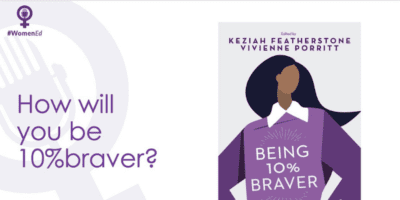