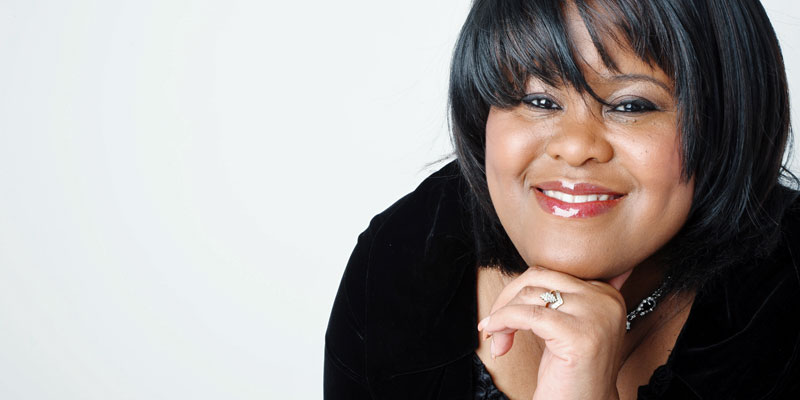 Sandra Kerr OBE is Race Equality Director at Business in the Community. She works together with the Business in the Community Race Equality board to set the agenda for race diversity in the UK as a business imperative. Sandra strongly believes there is a need for wider business engagement to promote best practice for recruiting and developing ethnic minority individuals, marketing to ethnic minority people as profitable consumers, as well as including ethnic minority businesses and entrepreneurs in supply chains and networks.

“…for BAME employees in particular, having a BAME role model in a senior position has an effect on their own aspirations, but too often those role models aren’t visible at the moment. Seeing people like you achieve success inspires you to believe that ‘you can do it too’…”

Sandra, please can you tell us about your career to date and what made you want to work in the equality and diversity space?

Before I joined Business in the Community, I worked in the Cabinet Office advising on diversity and policies on race, gender, disability and work-life balance across Whitehall. I’ve also managed very large teams in a frontline delivery role and spent some years as a personal development and IT skills trainer.

From 2012 to 2016 I was Chair of the Ethnic Minority Employment Stakeholder Group, sponsored by the Department for Work and Pensions, which provided advice to government on issues related to the disadvantages BAME (Black, Asian and Minority Ethnic) employees face in regard to employment and progression. I’m also a member of the Royal Society’s Diversity Committee and since 2014 I’ve been Chair of the Trustee Board for Elevation Networks, a youth employment charity.

I wanted to work in the equality and diversity space because in my front-line delivery role I managed a large diverse and multifunctional team of 120 employees for a four-year period. It was both interesting, challenging and also high performing. I know that diversity works.

What does your role at the Business in the Community race equality campaign involve on a day to day basis?

My job involves a real mixture of things. I could be doing interviews about a news story on BAME employment, or speaking to the Government about our latest piece of research. I could be meeting with our leadership team to discuss what’s been going on with the campaign, or with my research & policy manager to decide what our next piece of research should be. Or I could be attending an event with one of our member organisations, or speaking to a group of young people to inspire them around development and progression.

It’s so varied and there is always something different going on. I also write regular blogs about my thinking on this issue, inspiring events I have attended or about new data and insight that I have found.

We often speak to women employed in sectors where they are in the minority, and the challenges they face. What additional barriers are there for BAME women, and how can we all help?

Business in the Community’s Race at the Top research showed that BAME women had to face the ‘double barrier’ of being both female and from an ethnic minority background. In 2012, 37.1% of BAME managers were women, compared to 39.9% of white managers. However, given there are fewer BAME managers to start with – only one in 12 management positions and one in 16 senior management roles is held by someone from a BAME background – and the gap between BAME representation in the workforce and in management roles is widening, BAME women are at risk of missing out on these senior roles.

The Race at Work report spotlighted that racial harassment and bullying was prevalent in the workplace and there were more than 5000 comments from individuals who were willing to share their story with us on this issue and the issue of leadership on race and diversity in the work place.

A thematic review of these comments by the University of Manchester has providing a hard hitting review of what is happening on race in the workplace and the voices of many ethnic minority women telling their stories are included in the report.

Business can address these issues by monitoring their data on employment and progression by ethnicity and gender, in order to identify any barriers for BAME women in the recruitment process or accessing ‘fast-track’ programmes or other development plans which may impact employees’ progression, and taking steps to address these barriers.

Is there a direct correlation between male domination in career sectors and lack of ethnic diversity?

Our research shows that sectors which are traditionally male-dominated tended to have higher levels of unconscious racial bias, such as construction (69.3%), engineering (70.6%) and military (80.6%).

This suggests that employers in these sectors may wish to consider tackling unconscious bias, such as through providing unconscious bias training to employees involved in recruitment and progression processes – for example, EY have recently seen great success in increasing diversity with their policy of removing details of candidates’ names and backgrounds from their CVs. We would also encourage employers to make use of diverse recruitment panels wherever possible.

How can we reconcile potential changes to the immigration system in the UK with the need for an inclusive approach in the workplace?

The reported rise in racist incidents since the Brexit vote is a cause for concern and underscores that progress on race equality is not stable or secure – and employers must recognise the impact of the outside world on their workplace. We know from Business in the Community’s Race at Work research that racial harassment and bullying are still a persistent feature of work life in Britain – 30% of respondents who experienced or witnessed racial harassment and bullying said it happened in the last year alone. This is negatively impacting BAME employees’ mental health and wellbeing as well as their opportunities for training and career progression.

We need employers to act on these issues now by developing good relations with trade unions, employee network groups, as well as diversity and inclusion specialists; devising equality targets (including a timeframe and action plan for achieving these targets); revising equality and diversity audits, processes and procedures to include reports of racism at work, paying attention to the voices of employees who have experienced and / or witnessed racism in the workplace; and making changes to training and the promotion of equality and diversity for all employees.

What sort of organisations are now realising value of diverse talent? 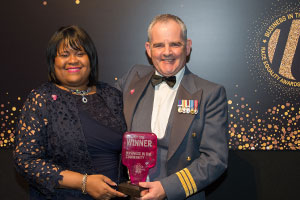 We have 169 members of the Business in the Community race equality campaign and they range across a huge variety of industries. To give some examples, our Race Equality Awards winners and finalists in 2016 included organisations from sectors including finance, the public sector, publishing, media, the legal sector and armed forces – all offering excellent examples of best practice in attracting, recruiting and progressing diverse workforces.

I would love to see other employers use those examples and apply them to their own workforces to increase diversity at all levels, in organisations of every size and in every sector.

How do you deal with those who deny the importance of diversity and inclusion in the workplace, and pass it off as ‘politically correct nonsense’?

The bottom line is that not having diversity in your workplace is a serious risk – not only to your reputation as an employer, but to your business’ bottom line. For example, McKinsey’s ‘Diversity Matters’ research shows that the top quartile of organisations for ethnic diversity are 35% more likely to financially outperform the bottom quartile; for gender, it’s 15%.

We also know that, for BAME employees in particular, having a BAME role model in a senior position has an effect on their own aspirations, but too often those role models aren’t visible at the moment. Seeing people like you achieve success inspires you to believe that ‘you can do it too’.

The UK population is changing rapidly, and that will directly impact on workplaces who are competing in an increasingly global marketplace. One in four primary and secondary school pupils in the UK are from a BAME background – employers are going to need to tap into that talent pool or risk missing out on potentially huge benefits to their organisation.

There’s also the issue of people working longer and needing the right support and training to either find new jobs or stay in their existing ones, and having more women in the workplace yet a persistent gender pay gap and concentration of women in low-paid roles. Responding to an increasingly diverse workforce is a huge challenge for employers, but it also represents a major opportunity.

What is coming up next for you and BITC?

We are working on some new short films and graphic novels based on the Race at Work research to support employers in tackling the issues outlined in the report, and are also in the process of developing some new toolkits for employers. Our three priority focus areas are Leadership, Progression and Recruitment.

The toolkits and materials we are planning are linked to diversity objectives, performance appraisal and KPIs. We are also producing materials on inclusive sponsorship which we hope will mobilise leaders to actively promote diverse talent in the rooms where they are not represented and build diversity into their talent pipelines.