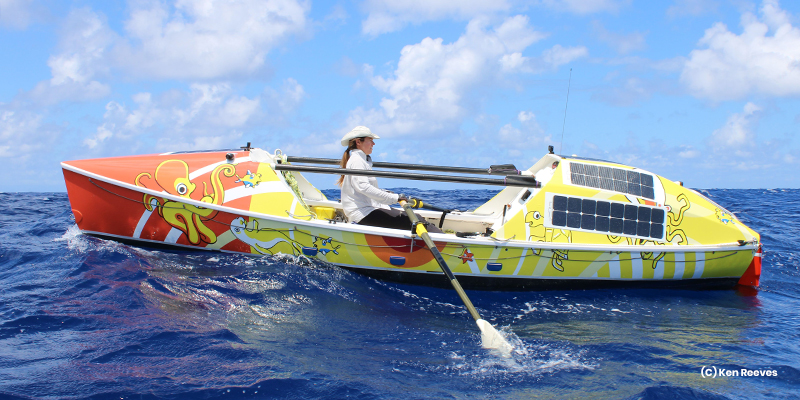 Lia Ditton is a writer and professional adventurer passionate who has now racked up more than 150,000 nautical miles of experience – the equivalent of eight laps of the globe. Lia has just set a record time rowing solo from San Francisco to Hawaii in 86 days. In 2015, she has also been a boat captain of the world’s largest solar-powered boat and first solar electric vehicle to circumnavigate the globe.

“People often ask you: “How do you cope with the loneliness?” I thought about this and it’s not loneliness. You’re not lonely, you are alone. There is a difference.”

How I am feeling after rowing for 86 days

It’s pretty good to be a world record holder, but I have never chased records. Other people have told me I should. You know, “if you’re going to do something amazing then you should get the record.” I never really cared. But I do care now. And I fought for that last night. That’s what I feel.

Now that it’s over, it’s hard to walk on land

It’s a struggle to walk on land after nearly three months at sea because you haven’t walked. The size of my boat is 21 feet, so if you look at the cabin and the deck, I walked a maximum of 15 feet a day, and most of that is crawling with my arms and legs. So, I didn’t even stand up for more than a total of 20 minutes.

Therefore, when you come on land, you don’t have leg muscles. I’d say my body is in really good shape, except for my calf muscles, which are almost gone. And you notice it on the boat because you start to fall backward, like freefall.

Also, my boat rocks continuously. So, on land, I’m still expecting everything to rock continuously, but it doesn’t. It’s flat land and it’s very unforgiving. So, when you go to move something, your brain says it should be here, but it isn’t. So, you’ve got the lack of muscles for walking, and then you’ve got the constant motion. It takes time to get that back. The motion comes back really quickly, but the legs take weeks and weeks.

People often ask you: “How do you cope with the loneliness?” I thought about this and it’s not loneliness. You’re not lonely, you are alone. There is a difference.

Through my writing, and through my storytelling, I actually feel more connected sometimes than on land. However, towards the end, you miss connection, you miss people and laughter. And not living entirely in your own head.

There were a lot of hard parts of this journey. A rower had died before I left. And then two or three weeks in another rower died doing this crossing.

In some aspects, I should have turned back. That was a lot to digest, even though I knew that I could continue, whatever the electrical problems were, I knew I could work through them, I knew that even though I injured my shoulder that it wasn’t going to hold me back. I massively underestimated the psychological impact of nearly drowning and then continuing to massively underestimate it.

Another hard thing was trying to sleep because when the boat rolled the second time, I was asleep and was then thrown inside the cabin. I woke to a lot of water coming in not knowing I could get out.

Getting myself up and not giving up

When I knew about the people who had died, I thought about giving up, and I asked advice to my team, but they did not want to make the decision for me. And I didn’t want to make it myself.

The only ships going by were heading to China or Panama, which wasn’t practical. And I was actually afraid of getting on a ship with a lot of men heading to China in a way that made staying on the boat somewhat appealing to a small degree. But what alarmed me about learning about this shipping route was how far away it was – I was 18 to 36 hours away. You think that the shipping lanes are really close, but if you’re in the water, that’s barely survivable.

But it is survivable. If you know how long it is, you can think “I have to wait 36 hours”,  and you will hold on 36 hours. So, for each time, after I capsized, I had a massive review of all of my safety equipment, and I put it in different places, and I changed everything.

You also train your mental strength to hold on by telling yourself what to do. When I was thrown out of my boat in the first capsize, the voice in my head told me what to do. You coach yourself.

My adventures with sharks 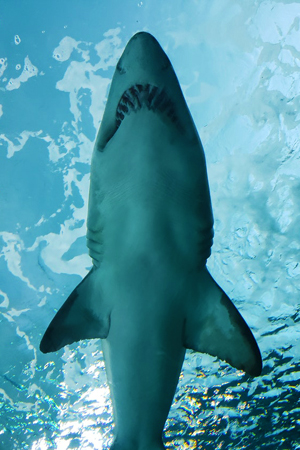 The first shark was doing laps around my boat. The second shark woke me up by hitting the back of the boat with its nose. It rammed the boat and I was like “oh boy”. I immediately had to get up and try and deter the shark because it could damage the boat. So, I shone a bright light in its eyes continuously wherever it went. It was trying to eat the fish under the boat but just a bit annoying and so he stood off a bit and then he just didn’t want to know this bright light so that worked.

How I decide on taking on challenges

I don’t want to encourage somebody to do something more than they think they can do, but I think a way I would look at is “What’s the biggest challenge you’re faced with in your life right now? What is really so difficult for you to take on?”

If people can put their life in perspective and go, “I’ve got this tough situation right now, but it’s nothing like what other people have to go through so maybe I can find a way to push through.” I think maybe that’s where people get their motivation.

I remember running a triathlon, and how it was tough for me to do, but then right next to me was a guy who had just one leg and he was faster than me. That’s an inspiration to me when I was doing that. And that’s where I come from, I guess. I’m sure people can find moments in their life where they need some encouragement, and hopefully, my trip is a moment that they can use. 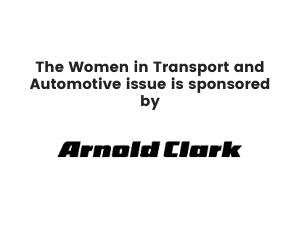