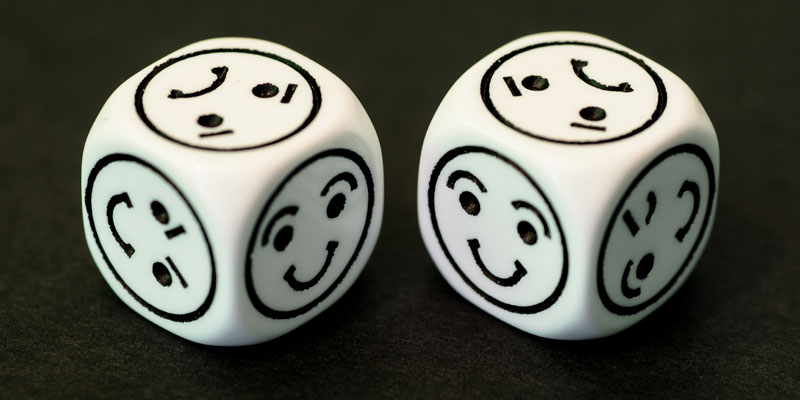 It’s been a pretty spectacular fortnight in UK politics. Scotland almost upped and left the rest of the United Kingdom in a bid for independence and it was a closer call that anyone could have imagined. The media’s use of relationship metaphors about persuading the ‘family of nations’ to ‘stay together’ went into overdrive.

Rightly or wrongly, Scotland was cast as the soap opera feisty wife who’d had enough of being overlooked and undervalued in a 307 year marriage to the increasingly selfish and arrogant England as husband.

In the end, the Scotland decided to stay and to give it one more try after all and ‘Better Together’ won the day. But the UK masses only really cottoned on to the full implications of the vote when we realised that we might need to change the Union Jack. It was close run and we are still together, but only just. The upshot is that things will never be quite the same again. A turnout rate of 84% was unheard of in modern politics.

Opportunity to listen, learn and get involved

The result is that we’re all talking about politics and people are taking a real interest in something that was previously an abstract and oblique concept that was far removed from our daily lives.

Now people are seeing that there is any opportunity to listen, learn and get involved. Stop complaining about the issues that you couldn’t find the time to take an interest in or to have an opinion about when they were being debated by the politicians and you missed it. Wake up, smell the coffee and take an interest.

It is easier for the politicians when voters are disinterested in the minutiae of policy. It allows changes to be made under the radar, which is fine until it is a change that affects you and suddenly it’s happened, it’s too late and you’re stuck with the unpleasant implications of something you had left to everyone else to decide and you’re outraged.

From a female perspective, we’re all affected by the gender pay gap, so we literally owe it to ourselves to hold the political powers that be to account. Our wellbeing and happiness depend on it.

Alan de Botton coined the term “Status Anxiety” in his 2004 book. He talked about how we all worry about what others think of us, we all long to ‘succeed’ and we all fear failure. This couldn’t be truer today.

In his new book “Inequality and the 1%”, Danny Dorling hypothesises that it doesn’t seem to matter how ‘rich’ or ‘powerful’ you are, there’s always someone richer or more powerful than you to make you feel inadequate. I was fascinated to read in a piece by Nicholas Hellen in The Sunday Times this week quoting Peter York of Management Consultancy SRU, who states that some of the highest earners in London and the South East of England consider themselves particularly hard done by as they are being ‘psychologically squeezed’ by being surrounded by so many other people who earn more than them.

It reminded me of the Will Rogers quote, “Too many people spend money they haven’t earned to buy things they don’t want to impress people they don’t like.”

There is always someone younger, thinner, cleverer and richer than you

This perception is undoubtedly fuelled by media stereotypes of ‘success’ and the increasing number of messages we’re receiving through social media 24/7. There is always someone younger, thinner, cleverer and richer than you. So what? Who determines what ‘success’ looks like?

It’s a great compliment to be chosen to appear in the various media countdowns of the most ‘powerful’ or ‘influential’ and by definition ‘success’ is relative, but why do the countdowns invariably include the person’s age? Why is this relevant as a comparator for success? If you’ve achieved something incredible in business or society, why should I care how old you are?

Whether you are 22 or 92, if you have achieved something noteworthy, you will gain my respect. Please deliver us from the ‘Top 40 under 40’ lists, or indeed any list that gauges achievement against age. It doesn’t matter whether you are male or female; it cheapens your achievements if you are considered to be at the younger or older ends of the spectrum.

Women are constantly bombarded with media images of youth and beauty, but according to Dr John Briffa in The Times, men’s testosterone levels start to decline by 1% per year at the age of 40, which leads to fat gain and muscle loss. Oh dear…

The triple whammy social imperative: ‘Succeed’ in life, do it early and look attractive at the same time

I’d contend though, that despite the odd piece in a weekend supplement that might catch your eye, most men are probably blissfully unaware of this statistic, in comparison to the women who are constantly reminded by the media of the triple whammy social imperative to ‘succeed’ in life, do it early and look attractive all at the same time, or else.

From an early age, women are conditioned to compare ourselves to our peers and to judge ourselves by our ‘attractiveness’ and age, in addition to our professional merits.

This made me think of the Abraham Lincoln quote, “Folks are usually about as happy as they make up their minds to be.” And I think there’s a lot to be said for this. How amazing would it be if we all decided to stop worrying about what other people think of us and start focusing on how we can compare ourselves only to our previous selves in order to keep moving forward in life?

Easier said than done, obviously, but let’s all keep working on this. I will keep you posted with my progress…

Whilst we’re talking politics, I must confess I’ve never taken too much of an interest in the work United Nations and apologies to JK Rowling, but I’ve never sat through a whole Harry Potter film in my life, but I was completely blown away by the incredible Emma Watson’s speech as a UN Women Goodwill Ambassador at the UN “HeForShe” campaign launch in New York last week.

The tone was perfectly pitched to address and engage ‘reluctant feminists’ and galvanize as many men and boys as possible (they are aiming for one billion) to become advocates for gender equality – the first campaign of its kind at the UN, or moreover ‘a solidarity movement for gender equality’.

Her expertly crafted and delivered speech was extremely persuasive in tackling the complex and thorny issues around gender and creating consensus. Emma made the brilliant point that, “we don’t often talk about men being imprisoned by gender stereotypes but I can see that that they are and that when they are free, things will change for women as a natural consequence.”

Bravo, Emma. Can’t wait to hear about the campaign’s progress.