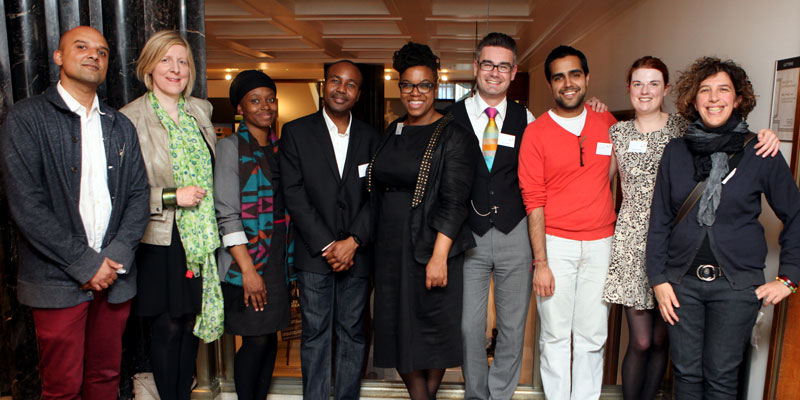 Danna Walker is project manager for the Construction Industry Council, where she leads the FLUID Diversity Mentoring Programme. This innovative scheme was developed by the advisory group she chairs, RIBA’s Architects for Change (AfC) and the Construction Industry Council. Danna is an experienced project manager, qualified architect and electrician with over 20 years’ of experience in design and the built environment.

The FLUID Diversity Mentoring Programme was launched on 14th April at RIBA (The Royal Institute of British Architects) in London. The scheme is open for applications to become mentors and mentees until 31st May 2015.

A bit different and incredibly practical

I started in construction as an apprentice electrician – this was my first job after leaving school. I really wanted to go into a sector that was going to be quite exciting and very challenging.

I went to an all-girls school so joining the construction industry couldn’t have been more different than my schooling! At the time I was very interested in studying art, but I was discouraged by my careers adviser who felt the best I could hope for was a job in a bank, despite having expressed no interest in that area. I decided it would be best to get a trade and do something that was a bit different and incredibly practical.

For me taking up an apprenticeship was really about trying to find an opportunity to both earn and learn – something that would give me a good trade and a foundation that I could build on (no pun intended). So for me it was a very pragmatic decision.

So I started as an apprentice, qualified as an electrician and worked as an electrician for a couple of years, but that interest in art never really left me and it developed into an interest in design. So when the opportunity arose to move on from where I was working and get onto an architecture course, that’s exactly what I did.

Giving back and contributing to the built environment

It was important for me to maintain a connection with construction as I really enjoyed working in that area. For me, being an architect was an opportunity to continue to be practical and use my knowledge, but also to give back and contribute to the built environment.

[To become an architect in the UK ] takes seven years typically as a minimum, which is made up of three years studying as an under graduate, a year in practice, followed by two years post graduate, and then another year in practice before completing the Part 3, which is a professional practice certificate.

Funding is a real challenge, although it’s an even bigger challenge now with the £9k fee as it currently stands . It can be an incredibly expensive course to study and it does concern me that some people will be put off by that in terms of studying architecture. Because it takes quite a long time and is relatively expensive I think there is a danger that we won’t get as many people from varied backgrounds deciding to follow that particular route.

Nine and a half to ten years to become an architect – it really whips by!

According to a study by the RIBA the average time is around nine and a half to ten years for most people [to become an architect]. I decided to take an extra year after I was doing my Part 1, so I was pretty close to the average length of time but I have to say, I felt that it went by incredibly quickly.

So I completed my training and worked for an architect before becoming interested in the strategic issues impacting  the industry as a whole. After getting involved with the skills development work in my practice, an opportunity came up to look at that on a broader platform, and that’s how I came to join the Construction Industry Council (CIC). 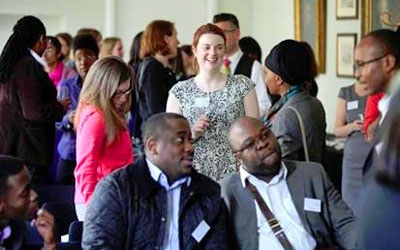 The Fluid programme’s development reflects my experience, having worked in industry, and the research conducted by organisations such as the RIBA, the CIC and others on diversity and the construction industry.

What seems to happen is that we have quite good levels of diversity at student level in architecture for example but the industry faces challenges in retaining people so we see quite a large dropout of people – retention is not just an issue within architecture, it’s right across construction.

A practical intervention into retention and progression

I felt that retention and progressions were therefore key issues we needed to tackle at Architects for Change with a practical intervention to support people in continuing their careers and also thinking about how they might progress.

The programme matches mentees one-to-one with someone who has the experience that the people on the programme are seeking to attain, to support their aspirations. We’ve been running the programme for three years now and it’s been very successful in terms out the outcomes and level of engagement we’ve had.

Since starting Fluid there are now more and more mentoring programmes that are coming to the fore and mentoring for the construction industry is growing which is  absolutely fantastic.

This is one of the key areas in terms of developing people as potential leaders that really needs to be utilised to the max.

The response has been amazing. We evaluate how the scheme has gone and we ask people who have taken part not only about the scheme but the impact it’s had on their lives.

We were really delighted to see that over 80% felt that their confidence had increased and that 92% of the mentees felt that their leadership skills had been improved as well. We also heard from the mentors that around 84% felt their communication skills had developed.

So through the programme of mentoring we’re seeing skills development, we’re seeing an improvement in confidence, we’re seeing both the mentee and mentors  being able to have a positive impact and develop their own skills .

Participants setting the agenda about what they want to achieve

We have a fantastic cohort of volunteers and I’m very pleased that many of them have been coming back each year to continue to mentor new people who are coming on to the programme.

Being a mentor and mentee: Give / get

People who have acted as mentees initially have come back and been mentors and they are fantastic mentors because they understand both sides of the process. We do offer people the opportunity to apply to be mentors and mentees at the same time, so we have a mentoring chain of people acting in both roles and that has worked incredibly well.

We formally monitor what’s going on with the pairing for a year, but we do encourage the mentors and mentees, should they wish, to continue after that. We don’t have to do much in terms of encouraging them. They contact us and say, “We really want to stay in touch. We’re now friends.”

Perhaps they say that the formal part has been useful but they’d like to move on from that and remain in contact informally, and this is all something that we’re really keen to do because we think building your network and your support is incredibly important to your career.

The mentor intake in terms of gender is quite balanced. We go for quite a broad range of backgrounds in terms of the mentees and we encourage that on the mentor side as well.

Some of our female mentees have said to us, that they have found it really interesting to work with a male practitioner in a different context. Everyone has noted the benefit of working with  someone who is maybe not from the same background and certainly not from the same business that they’re in – someone who’s representing and area of interest for them and also a different way of thinking – they see that as part of the challenge and part of the learning opportunity. 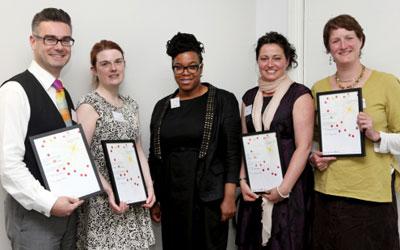 We wanted the programme to be as broad as possible, so I think it’s about leveraging the collective knowledge of a broad range of people and that broad range is partly about background.

It is partly about the disciplines people are in, the programme is pan professional so we might have project managers working with architects. We also want to make sure that other diversity strands are included, so we include sexual orientation, disability, race and ethnicity, as well as challenging socio-economic background in terms of the categories that we’re interested in hearing about people engaging.

Studies that we have looked at seem to suggest that for all of those groups, similar barriers and challenges are faced, so it made sense that this programme represents in some way what we’d like to see. I think the term ‘learning ecosystem’ is a fantastic phrase because that’s what it is about. It’s about lots of varied parts coming together, sharing knowledge, being stronger, and benefiting from that added value.

They can spread the word. They can contact me at dwalker@cic.org.uk if they’re either interested in being a mentee or a mentor. We’d be really keen to support people, particularly those in construction, in developing their careers, so do get in touch!

We’ve literally just launched this year’s scheme and we’ll be looking to have a larger number of participants in terms of the numbers of people that we’re supporting. I’m already looking at how we might continue to scale the programme next year and to ensure in terms of our coverage that we’re reaching as many people as possible.

For information on how to apply to become a mentor or mentee, please click here. 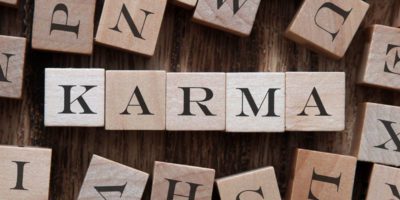 Political karmageddon: Does what goes around really come around? Fiona Tatton, Womanthology Editor 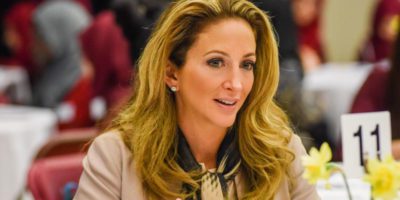 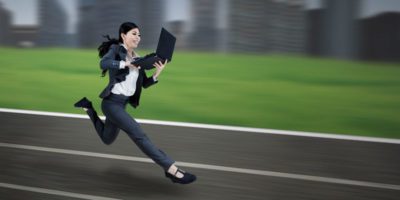