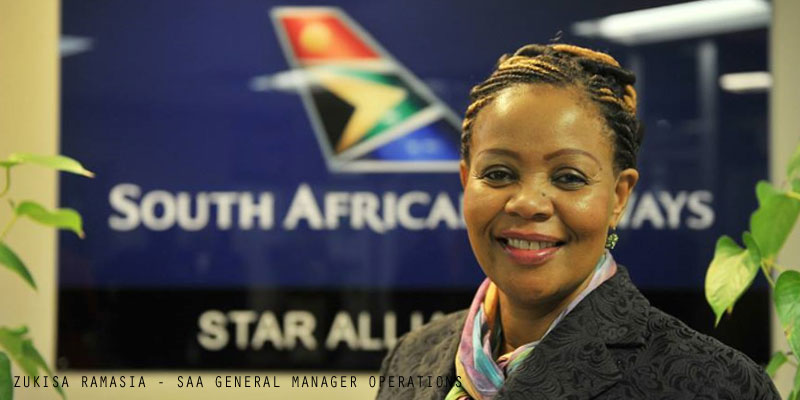 Captain Kavistha Maharaj joined South African Airways in June 1995 as a cadet pilot, becoming the airline’s first black female captain in May 2013. Today she flies the Boeing 737-800. Kavistha became a pilot to fulfil her childhood dream, always having had a desire for adventure and travel.

On 21 August 2014, South African Airways (SAA) celebrated the country’s Women’s Month with a flight between Johannesburg and Cape Town, which was operated by an all-female crew. The flight was symbolic and yet a strong transformation indicator reflecting the airline’s efforts to transcend the stereotypes and barriers of the past, which were manifest in the form of race and gender discrimination. Today SAA women make up 38.96% of all staff, (24.85% general staff; 0.83% cockpit crew and 13.29% cabin crew).

It is an absolute privilege to be a captain flying for the national carrier. I am very proud and appreciative of this opportunity. The response from passengers has been fabulous, especially when there’s an all-female flight deck crew.

Being an airline pilot isn’t just a career – it is a very rewarding lifestyle, though it demands dedication and discipline. It takes perseverance, determination and lots of hard work to turn your dreams into reality. There will be obstacles along the way, but work hard, be strong and don’t lose sight of your goal. Aviation is a dynamic environment and you need to keep up with all the changes. The day you stop learning is the day you should stop flying.

Today SAA has women working as technicians, flight deck crew, cabin crew, and in key operational and support areas throughout the SAA Group.

All the flight preparations on commemorative flight were also conducted by women. 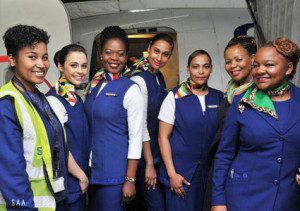 Playing a key role in putting the flight together were: