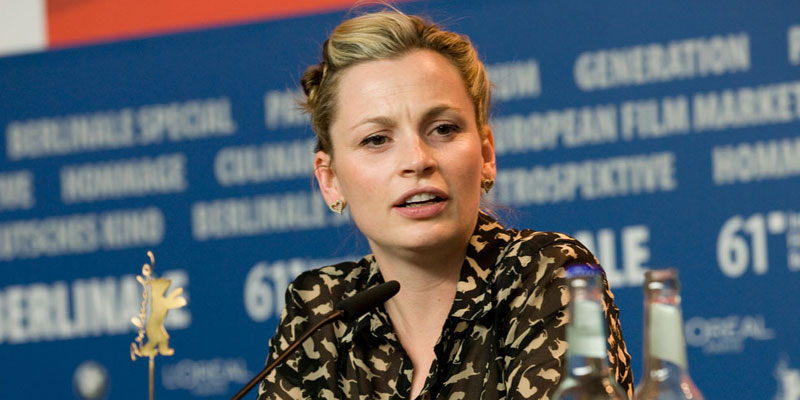 Faye Ward is an independent TV and film producer. Her up and coming project is ‘Suffragette’, written by Abi Morgan and directed by Sarah Gavron, starring Carey Mulligan, Helena Bonham Carter and Meryl Streep, which is due for release in late 2015. Her other credits include producer on Stephen Poliakoff’s award winning drama series, ‘Dancing On The Edge’, which aired on BBC1 in 2013, ‘Jane Eyre’, written by Moira Buffini and Cary Fukunaga, starring Michael Fassbender, Mia Wasikowska and Judi Dench for Focus Features, ‘Toast’ for BBC1 starring Helena Bonham Carter and Freddie Highmore, and ‘Brick Lane’ in 2007 based on the Monica Ali novel.

“…when you’re making a film about a certain type of story it normally leads you to a writer or director that has an affiliation to that subject matter, so we would work with a lot of female writers and directors. I think we’re just very female women! We like women and we tend to gravitate to them just based on those stories that we enjoy, we respect, understand and connect to…”

Please can you talk us through your career to date?

Give or take, my career really started when I joined Ruby Film and Television, which was over ten years ago now. Whilst there, I went from being an assistant to the producer to a producer and exec producer over those years, making both TV and film. I was and am very lucky to work with some phenomenally talent people across many different projects.

For readers not in the industry, please can you describe the role of a producer?

Producers can come in different forms, but essentially the producer’s job is to be responsible for every element of the production. Projects can be originated in many ways; sometimes it is the producer who has the idea for a film, or has read a book they think could be adapted to the screen. Other times it can be a writer or a director that approaches them about an idea they have.

The producer’s job is to develop it, find the right team to create it, find funding to develop it, and by that I mean to pay for the writer and the director to start work on it and then if you are lucky to get that far, raise the money to finance it so it can be taken into production. Next it is about casting the right people both on and off screen to make the best film possible. So essentially, the producer is responsible for really taking a nugget of an idea, sometimes it’s theirs, sometimes it’s someone else’s, taking it then delivering it finally as a film in every practical and creative element of it. The producer is across every single layer of the TV and film making process.

What first got you interested in film and TV?

I have to say I was very lucky in that I’ve always wanted to make film and television since I was a child. I would watch films incessantly; about five or six films constantly and repeatedly. I had a very strong drive from very young, 11 years old, wanting to make TV and film so I could tell stories.

Any time I would meet anybody who had a sniff of a job at a film or television company, I would beg them to let me work for them for free. So because of that when I was younger I worked, for free mainly, over many mediums and types of films from being a runner in a post-production house to being an intern at ITV for TV-am at the time. Floella Benjamin was one of the first people I interned for absolutely years ago.

I didn’t quite know what the role of producer was, but I knew I wanted to work in TV and film. It was very important to me to create stories. I was intrigued that you can create a world that people can become immersed and also tell you about their experiences.

Is there any such thing as a ‘typical’ route into film and TV production?

My story isn’t unusual. I do encourage the intern system. I know it’s a little controversial at the moment and that has possibly created negativity towards internships, as not everyone can afford to work in this way, but most people in the film industry will have started at the very bottom and worked their way up.

When people come to me to say, “I want to be a producer,” or “I want to be a director,” or whatever it is, and they’re very young, I’ll say to them it’s very good for them to work in every different department so when you do become a director or you do become a producer, you have a broad understanding of what everyone does and you have experience of it. I would encourage people to do some location scouting, or a bit of ADing (assistant directoring) so you get to understand what is required for every role and so you get a bit more of a sense of exactly what you want to do.

The titles ‘producer’ and ‘director’ are the ones everyone knows, but it’s not until you get in to the industry that you realise what a first AD does, so it would be very hard for you to wake up one morning and say, “I want to be a first AD”.

The company you where you used to work, Ruby Films is led by a team of women. Can you tell us more about how the company was set up and how being female led allows it to differentiate itself from the competition?

Ruby Films was originally set up by two women and the majority of the staff that work there are women. Interestingly about Ruby, it wasn’t a strategic choice to tell stories about women.

It is essentially run by people who really enjoy a story and of course because the majority of the team are women, they are just naturally attracted to the feminine stories. Ruby does have an unusually large roster of films named after female characters. In about four years we’d made: Syliva, Tamara Drewe, Jane Eyre, Temple Grandin, Elizabeth (not made by Ruby Films but at Working Title). So it was just a natural instinct that people in the building were attracted to female stories.

Then in turn when you’re making a film about a certain type of story it normally leads you to a writer or director that has an affiliation to that subject matter, so we would work with a lot of female writers and directors. I think we’re just very female women! We like women and we tend to gravitate to them just based on those stories that we enjoy, we respect, understand and connect to.

Is it the distribution of a production that is key to determining its success?

Distribution is pretty much key to determining the film being a success. The film also needs to be great as well as being distributed well. There are also lots of very good films who haven’t found their market and that can come down to many things, releasing on the wrong date, the campaign wasn’t working, the weather being great!

I think it is worth thinking about distribution when developing a movie so hopefully in the early days you attract the right home from the beginning. I think most films tend to do very well when they’ve found this. Don’t get me wrong, there are many, many films that do change homes as they go on their journey and they are very successful.

Distribution is very important because your film has to have an audience; that is the purpose of it, to be seen and to get it to an audience it needs to be distributed. It’s irrelevant whether you’ve made a good film if there’s nobody to see it. It’s always about the storytelling. It’s about finding the right story to get to the right audience and to think really hard about whether there is an audience for that story.

How are government tax breaks helping the British film industry to compete internationally?

There’s a bit of a boom going on at the moment and that’s because we’ve had a UK film tax credit here for a long time and that’s always been great, but definitely the escalation of the industry in the last year has been part of the television tax credit that came in, I think it was last April, where TV now also gets tax credit.

That really has created a massive boom for the industry in addition to film, it’s incredibly helpful for the industry. It’s generated amazing work here and from overseas. The Brits are fantastic filmmaking craftsmen and I think that goes a long way to be attractive to projects, so the addition of the financial incentive makes it a great home for a project.

What advice would you give women looking to get into production?

To be honest, I’d give the same advice to men as well, which is be very passionate about what you want, to put yourself out there to work and to dip your hand into anything you can do, so if there is an opportunity to work for a different department (I’m talking about at the start of your career) take all the opportunities because most opportunities lead to something else and the more people you meet the more people you know, the more understanding of the film industry you’ve got. And that goes a long, long way.

Is it something you have to do straight out of school or is it possible to transition into the industry in later life?

You get less people doing it in later life, but I would definitely encourage that. Why shouldn’t anyone be able to change their career? Of course they all can.

Interestingly enough, when we had our internship at Ruby, my one major thing was that I didn’t want us to have qualification restrictions (i.e. you didn’t have to have a degree to be an intern) and you didn’t need to be a certain age.

One example of that was a woman who was in the industry years ago, left to have two children (the kids were like seven or eight) and she wanted to get back in, so she asked to be an intern for us, which of course is very unusual. I think she was in her late 30s, possibly even early 40s and we got her to come in to be an intern for a month and she was fabulous. From then on she got work with other people and is now firmly in the industry. I think it’s always important to try anything you want to try.

Are you able to tell us about any of your up and coming projects?

Suffragette is my main up and coming project. It’s in post-production and it’s due to be released in 2016. Carey Mulligan stars, alongside Helena Bonham Carter, Anne Marie Duff, Brendan Gleeson, Ben Whishaw and Meryl Streep.