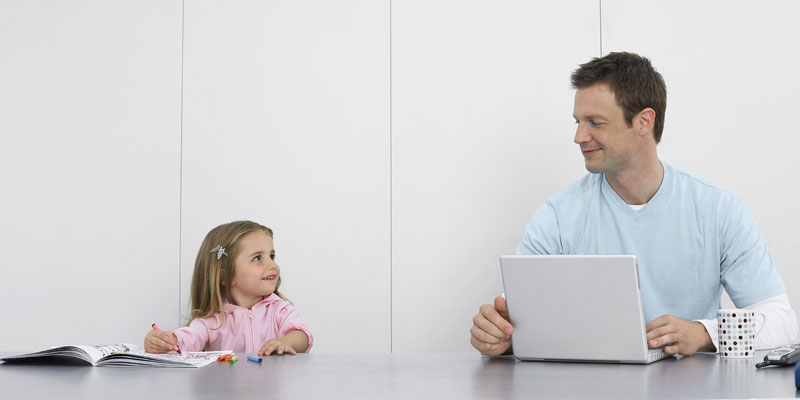 In a recently published study into requests for flexible working arrangements, presented at the 109th Annual Meeting of the American Sociological Association, Christin found that many arrangements exacerbate discrimination based on parental status and gender. She analysed reactions both women and men received when they made flexible working requests (either asking to work at home or to work non-traditional hours).

Breadwinning is still regarded as men’s primary responsibility. Should we feel ‘grateful’ if men contribute to childcare or other household tasks?

These [research] results demonstrate how cultural notions of parenting influence perceptions of people who request flexible work. Today we think of women’s responsibilities as including paid labour and domestic obligations, but we still regard breadwinning as men’s primary responsibility and we feel grateful if men contribute in the realm of childcare or to other household tasks… In an arrangement where both partners contribute equally at home and in terms of paid labour – men, but not women, would reap workplace advantages. In this situation, a move towards gender equality at home would perpetuate gender inequality in the workplace.

Both men and women who requested to work from home or work atypical hours to take care of a child were viewed as more respectable, likeable, committed, and worthy of promotion, and their requests were more supported than those who requested flexible work for reasons unrelated to childcare.

I was surprised because so much of the research talks about how parents – and mothers in particular – are discriminated against compared to their childless counterparts. When it comes to flexible work, it seems that engaging in childcare is seen as a more legitimate reason than other, non-childcare related reasons, like training for an endurance event or wanting to reduce your carbon footprint.

Combating flexibility bias – what can be done?

In order to combat flexibility bias, women can do very little. The onus is on organisations. Employers / supervisors need to first adopt objective standards for granting flexwork requests. Currently, individual employees go to their bosses and make a request. He or she then decides to grant or deny the request based on what he or she thinks the employee will be doing at home – and based on whether or not he thinks the reason for the request is compelling enough.

It would be better if there were objective standards so that the employees in the same position – regardless of their gender, parental status, or reason for the request – would get the same answer. Similarly, companies should adopt objective criteria for hiring and promoting flexworkers.

If a boss makes the decision to promote someone it should be based on a tangible outcome – like the number of billable hours – not what he thinks this person may or may not be doing at home. In short, corporations need to overcome their fear of losing control and trust employees to do the jobs they were hired to do. A person – not a company – knows how he or she works most efficiently and what kind of work schedule would facilitate meeting other non-work related demands in his or her life.

The next generation of Millennials are seeing things differently; flexibility becomes the new normal

In Kathleen Gerson’s new book – The Unfinished Revolution – the vast majority of young people want a job that facilitates work-life balance. As these people work their way through the ranks and become employers and managers, it is possible that flexibility will become the new normal.