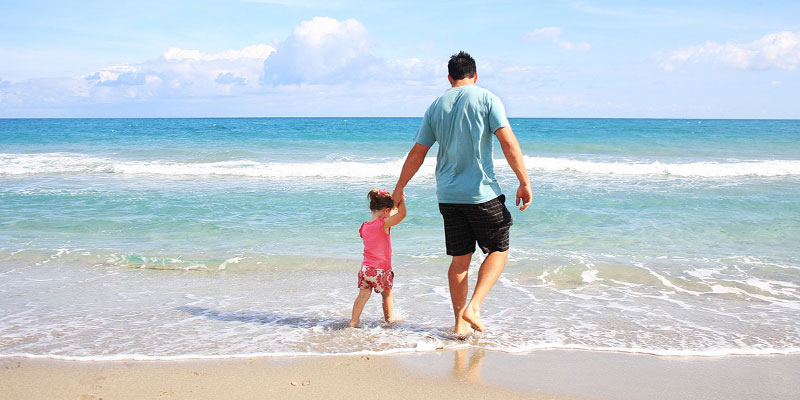 Dr. Istvan Kiss is a Reader in Mathematics based at the University of Sussex. He is married with a four-year-old daughter.

“…I come from very tightly knit family, and despite this I feel that the role of the father these days is very different compared to 15-20 years ago. These days dads are more hands on and I would say that this deepens and cements the relationship between father and child…”

My role is extremely multi-faceted. I never expected to be exposed to so many different things. My role includes all aspects of teaching and research. It goes from supervising D.Phil. [Doctor of Philosophy] students and meeting academic advisees to writing research papers and monographs.

In addition I have a number of administrative roles, such as being the coordinator of one of the research groups in my department, being an impact officer and dealing with issues around the impact of our research beyond academia.

I’m also involved in training associate tutors and liaising with companies that provide internships or placements for gap year students. Another important part of my role involves applying for research funding and trying to drum up interest from industry for research collaborations. So it’s a very “no two days are the same” type of role, requiring many types of skills.

My wife has been in the City for more than 10 years. She has been in various senior roles within the investment management and analytics area.

I would say that we are “beginners” as we only have one child – we have Louisa who is four and a half. She’s currently at nursery. She’s going to start reception in September.

It’s quite tough and challenging, especially when both parents are in full time employment in fairly senior roles. It’s definitely not easy and I must say that there are lots of surprises that no one ever thinks about before embarking on establishing a family!

As academics we are very lucky as we have more flexibility than other roles. My role does not require you to be in the office from 9-5. Writing research papers, marking work or doing research can always be done at any point in time, even when the children are in bed during the evenings.

I applied for flexible working conditions, meaning that I can finish no later than 5pm. You might be a bit surprised because you would expect that everybody finishes at five, but contractually we can be required to teach at later hours.

So I had to apply for flexible working conditions to declare that I’m not contracted to teach after 5pm. The university, Head of Department and the Head of School were all very supportive about this and I think it really helps.

In charge of the morning routine with my daughter 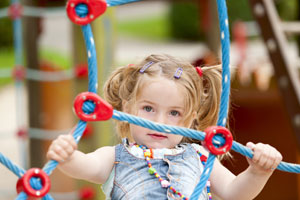 Most mornings I’m in charge of Louisa, including the morning chores and then taking her to nursery. And most days I’m in charge of picking her up from nursery, although we share these chores since my wife also has flexibility: working from home occasionally and flexible working hours.

There is also flexibility from the nursery itself as it provides extra sessions – after school care – where you can have your child in nursery until six 0’clock in the evening. It’s a very long day for a child I would say but, despite this, in the evening when we go home, she’s still saying, “Can we go to the playground?!” Surely you must have had enough play today?!

Drafting in help from family and friends in the school holidays

[The academic year] is helpful in some sense, but another major issue for us is presented by the fact that the children have very long holidays. So at this point we have to draft in help from family or have to think of additional childcare.

I’d just like to emphasise that the end of the teaching term does not mean holiday; research and all other activities come to the fore. I think it’s very different from schools in general. Doing research, applying for grants and supervising Ph.D. students – it’s a never-ending job.

I come from very tightly knit family, and despite this I feel that the role of the father these days is very different compared to 15-20 years ago. These days dads are more hands on and I would say that this deepens and cements the relationship between father and child.

People say that girls are “daddy’s girls”, but Louisa is very much a “mummy’s girl”. It can present some difficulties when she leaves early in the morning or comes back late at night, Louisa can be a bit upset, “Where is Mummy? When is Mummy going to come back?”

Louisa is bi-lingual (my native language is Hungarian) but she is much, much more proficient in English than in Hungarian. When we visit the grandparents it helps a lot because the grandparents don’t speak English, so it makes a big difference. When she meets family she automatically senses and switches. The Hungarian floods back and improves a lot even over a few days.

To me it does seem that there is probably a shift in culture and, from our perspective it has definitely got better over the years. I think things are definitely evolving in the right direction.

[Employers can support by] offering more possibility for flexible working, so arriving early or leaving early, or arrive late, stay later or having the possibility to work one day from home or even things like offering cover for occasional emergency childcare.

One of my wife’s previous employers offered five days per year of emergency childcare cover. They had a group of nurseries in the South East who enrolled in the project and you had the possibility of dropping off your child in case something happened.

I also know of colleagues who opted for an 80% contract, not full time. In academia such arrangements are possible and allow people to alter or revise their work and family time balance.

We also have some nice initiatives at the university. One of our colleagues proposed to organise a summer camp and she was trying to drum up interest from various academics. The idea was to discuss with a company who focuses on organising such events and translate that into the University of Sussex setting.

This type of holiday camps would then allow children to be on campus during the long summer holiday and they can engage in various activities at University, hoping also that cost wise this is going to be more favourable than placing them in [external] summer camps.

I’m not sure how far that is going to go, but I’m assuming there will be a lot of people who are going to be interested in contributing and getting their children to participate.

In general I’d suggest trying to contribute more to everyday tasks and chores (e.g. shopping and cooking) around the house and taking on more responsibility. Simple things, such as preparing breakfast or dinner some days can make a big difference.

I don’t really overthink how to contribute as it seems to come naturally to me. I do things for the ‘common good’, rather than becoming philosophical and looking for very principled ways of addressing and thinking what are the positives and negatives of doing various things.

It’s just based on intuition and if people around you are happy then you are doing something good.