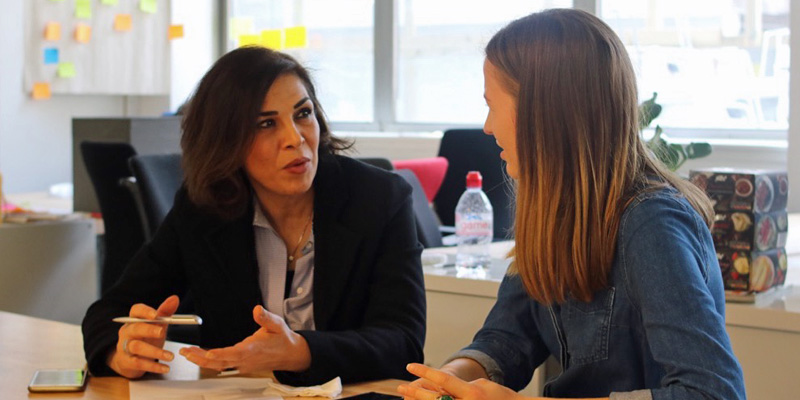 Mursal Hedayat is the founder and chief executive of Chatterbox, a social enterprise that trains refugees as foreign language tutors and connects them with students and professionals across the UK. Mursal’s mother arrived in the UK from Afghanistan 23 years ago; a civil engineer who spoke four languages fluently, she was keen to work but found herself becoming trapped in low-skilled work – eroding both her skills and confidence. This experience is shared by many other talented people in the refugee community and, Mursal drew on this inspiration to launch Chatterbox and unlock the potential of the refugee community.

“…If you’re going to learn a language, why not change someone’s life as well?”

Setting up Chatterbox to recognise and highlight untapped talent

I set up Chatterbox after university. I did a postgraduate programme called Year Here, which taught me about social entrepreneurship, and at the end of that programme I set up Chatterbox because I thought that as someone who comes from a refugee background it would be helpful to devise solutions to the issues refugees face today. 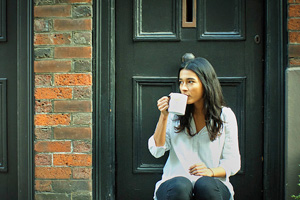 Chatterbox is about recognising and highlighting the enormous untapped talent and potential within the refugee community. I think people are subconsciously aware of how qualified, educated and motivated people who become refugees are to restart their professional lives but they ignore, unconsciously or consciously, their need to integrate into the labour market and it’s resulted in quite horrific unemployment statistics for the refugee community.

One study reports that the unemployment rate for the refugee community at more than 50%, compared to the national average, which is enormous. This is despite the UK refugee community in the UK having higher levels of education and training than the native population, which was discovered by a recent European Union study.

So, clearly there’s a market failure here to integrate refugees, so that’s what Chatterbox taps into to produce pedagogically and socially impactful language learning services like our conversation practice courses, which are used by several UK universities and businesses for people who are already learning on a course and want to get extra conversational practice.

It’s also for people who have already got a lot of language skills who want to maintain their skills at that level. We’re also building our own courses in languages like Arabic, Mandarin and Spanish and these will be coming out throughout the year, so it’s an exciting time for Chatterbox.

The professionals taking part in our programme include teachers. About 50% of the people who have applied to work with us are former teachers – everything from university professors to primary school teachers. The other 50% are degree educated professionals coming from legal backgrounds, medical backgrounds and business backgrounds – people who shouldn’t be unemployed, but somehow they are in this messed up world we live in. 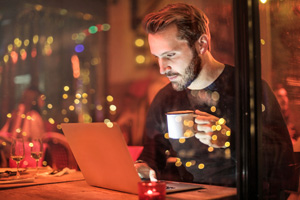 Language learning, especially online language learning, the market in which we operate, is often devoid of the human aspects that make language learning so enjoyable and meaningful. Part of that ‘humanness’ is the culture behind language. If you’re learning a language like Arabic, which has such a rich history and cultural heritage, and is spoken differently in different regions of the world, you wouldn’t be able to tell that story in an interesting way by reading it in a text book.

That’s why our conversation practice service is so popular for people who are already learning or are using existing tools like through text books or on their mobile phones, because it’s one thing to read about a cultural phenomenon in the past, but another to really appreciate the cultural significance of the language you’re learning, directly from people speaking it and living it.

The organisations supporting Chatterbox include Bethnal Green Ventures, who were our first investors. Nesta is a think tank that has supported us, as has UnLtd. We are also supported by refugee agencies like the International Rescue Committee and the Red Cross for our recruitment.

The response to Chatterbox has been phenomenal. We’ve been recognised through a number of awards, and most recently the Varkey Foundation Next Billion prize. I think that shows how relevant the issue we’re tackling is and how much the solution makes sense.

Refugees are discriminated against in the labour market. Their degrees don’t count any more when they move to certain countries. They are discriminated against by some employers, but one thing that no-one can deny is that they are talented linguists and using this as a catalyst for their reintegration into the market really makes sense. I think that’s what is being recognised when we have been successful in awards.

So, it’s an exciting time for Chatterbox. The Womanthology community can keep updated on our news and product launches by subscribing to the newsletter on our website – www.wearechatterbox.org. You can also buy conversation practice sessions in a lot of our languages and you can even take part in our new Arabic course.

More than anything, just follow us on social media and keep up to date with what we’re doing. We might not have the language services that you need right now (as we’ve only been set up for a year and a half!) but there will be more coming soon! If you’re going to learn a language, why not change someone’s life as well?

Coming up next, we’re developing courses for learners of all languages. We’re working on amazing languages like Mandarin, Arabic and and Spanish at the moment. We’re also going to be scaling up our conversation practice service. We’re looking to work with businesses to develop workplace learning programmes. We’ve got interest from some big multinational corporations, as well as smaller organisations so if Chatterbox is something you want to bring to your workplace, school or university we’d love to hear from you so do get in touch. 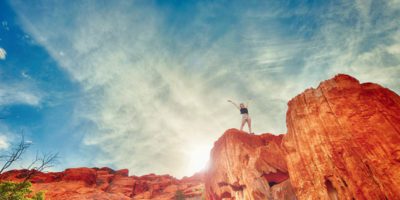 Join the changemakers, channel your energy into something positive and become part of the feel-great revolution – Fiona Tatton, Womanthology Editor 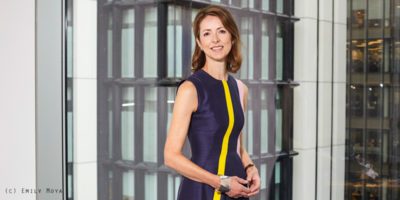 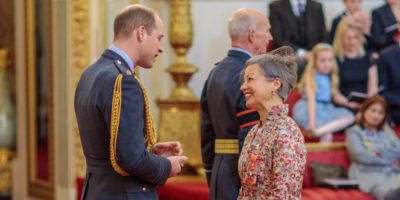 Digital nation: Why I’m so grateful to be recognised for championing international trade in tech and how digital can be the great equaliser for everyone – Jacqueline de Rojas CBE