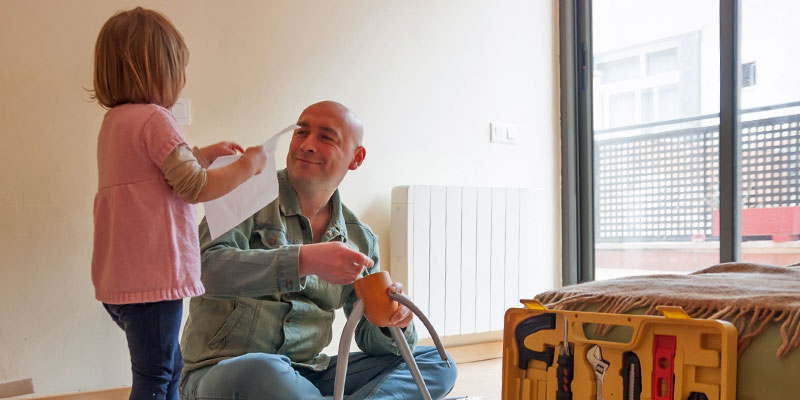 Professor William Webb is President of the IET (The Institution of Engineering and Technology) and is CEO of the Weightless SIG, the standards body developing a new global M2M technology. Prior to this William was a Director at Ofcom where he managed a team providing technical advice and performing research across all areas of Ofcom’s regulatory remit. William has a first class honours degree in electronics, a Ph.D. and an MBA.

The 23rd of June was National Women in Engineering Day – a day dedicated to raising the profile and celebrating the achievements of women in engineering.

Women – just 6% of engineers in the UK

According to our most recent skills survey, women represent just 6% of engineers in the UK. This is one of the lowest percentages in Europe. And, women are also under-represented in occupations such as science, graphic design and broadcasting, according to the Department for Work and Pension’s Not Just for Boys campaign.

Did you also know that 98% of internet coding is programmed by men and only 14% of technology jobs are filled by women? (Yvette Cooper, Labour MP)

Engineering skills shortage of 1.82 million in the UK

The lack of women in engineering is a very significant problem, contributing to skills shortages which damage the economy. If we continue to fail to attract women (and men) into engineering, the UK will be in a significantly weakened position to find the 1.82 million engineers it is estimated the country will need from 2012-2022 (according to the EngineeringUK 2015 – The State of Engineering report).

So, why is it proving so difficult attracting women into engineering? The Government certainly has an important part to play in addressing the gender imbalance in engineering but I don’t think they can make this happen alone. I think it’s down to many reasons – it’s the image of engineering in the UK, the careers advice girls are given in schools and the lack of inspirational engineering role models for girls.

Engineering: Intrinsic in everything you look at

It is hard to know when the right moment is to pitch engineering to young people. There is such a wide variety of options available and engineering is intrinsic in everything you look at from fashion to power-generation to biomedicine.

There are also jobs that haven’t even been invented yet that will eventually be available to today’s young people. And, while it is currently difficult to get a job in other sectors, in engineering jobs are available and it is reasonable to assume that trend will continue given the global infrastructure projects taking place.

Perhaps one of the most important things we must do is change perceptions of engineering and technology careers held by parents, teachers and, most importantly, by girls themselves.

Our recent research with parents of children aged nine to twelve, which formed part of our Engineer a Better World campaign, found that despite the fact that 39% of girls said they enjoyed their ICT lessons at school, only 14% said they would be interested in pursuing a technology-related career.

We also need to celebrate those women that do work in the industry and showcase these role models to the future generation of engineers. Finding the right role models is one of most impactful ways to do this. Martha Lane Fox was one of the first prominent females to fly the flag for high-achieving women in the digital sector. But there are others – and initiatives like the IET’s Young Woman Engineer of the Year awards are all about finding more of them.

These awards recognise the achievements of female talent in engineering and aim to encourage and inspire other girls and women to enter the profession. This year’s awards close this Friday 26th June, so if you know any inspirational young female engineers, encourage them to enter and help us show more girls and women how exciting, challenging and creative engineering can be.

For more information about the Engineering a Better World Campaign and to read the full report, visit: