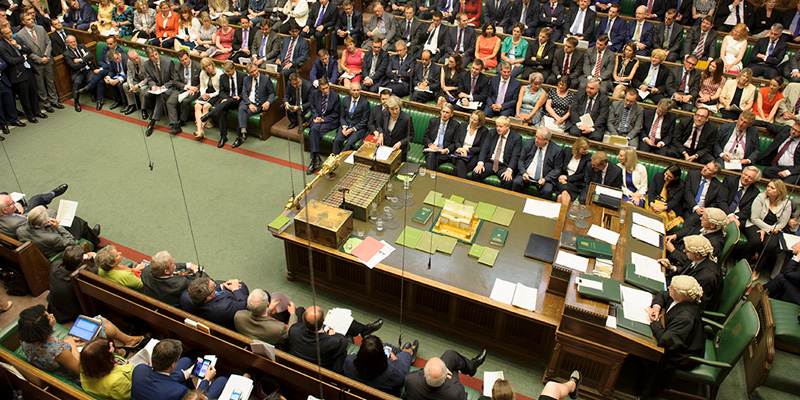 Hello, and welcome to issue 79, the General Election Special. So, another general election is almost upon us. Some, like Brenda from Bristol, who became an online sensation after her BBC interview seeking reactions to the announcement of a general election, would proclaim: “Not another one!” In the first instance, I was inclined to agree with her. After all the Brexit division and then the US election (perhaps best not to get me started on that…) many people felt drained through all the division and divisiveness. Who wants to switch on the television news and watch tension and political backstabbing night after night?

I reflected on this, and then I quickly realised that although sometimes it doesn’t feel like it, living in a democracy in a developed country remains a privilege and there are people around the world who aren’t so fortunate who would swap with us in a second. It’s such a first world problem. “I switched on the television and the news just too stressful.” Well boo hoo. Poor us with all our choices. This general election is an opportunity to have our say and make change so let’s embrace it. But let’s also make it more gender balanced, and also more human.

It’s not just about ‘women’s issues’

Yes, a more gender balanced general election campaign means that we get to hear more about the issues that affect women in society, which are so often overlooked at present. But having a better gender balance means we also get a more rounded perspective across the board. This really couldn’t be simpler.

In fact, issues that are labelled as ‘women’s issues’ affect us all – if childcare provision is poorly funded and expensive, this isn’t just a problem for women, it’s a problem for the whole of society if the working mothers (and fathers) of the UK can’t work if they choose to. It means the nation’s income is reduced and there’s lower tax revenues, which affects us all.

The way women are treated in society says a lot about society itself, so ‘women’s issues’ are not ‘women’s issues’ at all – they’re all our issues. In the same way, issues like the high rate of male suicide are a huge concern for all of society. Let’s take a human view, because we are all humans after all, hopefully…

Politics needs to be more real

I remember back in February watching a YouTube clip of Health Minister, Nicola Blackwood, being moved to tears when she heard how her colleague, Shadow Health Minister, Jon Ashworth MP had been affected by his father’s alcoholism.

Health Minister Nicola Blackwood is moved to tears after hearing MPs describe how their lives were affected by their parents’ alcoholism. pic.twitter.com/p30FlkGfBB

I was scrolling through the comments on Twitter and I was appalled by how much criticism she received, simply for showing empathy and compassion. (There was lots of support, but it was by no means universal.) It was also incredibly brave of Jon Ashworth to share his story. I don’t know about you, but I’d much rather MPs act like real people rather than robots. Why should parliament be somewhere that emotions are switched off and compassion is dead? Surely, in the health sector more than anywhere, we’re in need of more compassion, not less?

I intensely dislike watching old school parliamentary debates where there’s lots of braying and guffawing. The culture of parliament still feels like an old boys’ club where women are supposed to act more like men in order to get on, even though we currently have a female prime minister.

Another highlight that chipped away at this culture was where speaker, John Bercow, welcomed Chloe Smith, MP for Norwich North, who had interrupted her maternity leave to take part in the historic Brexit vote and she brought her baby with her. “I say to the Honourable Lady, don’t be sheepish about it, the little baby is welcome to come in.” More empathy, this time from a man. We can all ‘do’ empathy and it’s by no means gender specific.

It’s moments like this when we know that things are starting to change. And we need more of them.

So, I’m not saying that we should all just go out and vote for female candidates in order to elect more women. Clearly, men are a vital part of the solution too.

It was fascinating on 24th April to read the party responses to comments from Maria Miller MP, Chair of the Women and Equalities Committee when she said that the 2017 general election is an “unmissable opportunity” for political parties to demonstrate their commitment to gender equality in the House of Commons:

“Gender equality in the House of Commons can’t be put on the back burner for another five years. It’s time for the leadership of each of the parties to show that actions speak louder than words.”

Read them and decide on the level of interest for yourself:

So, I say to you, the general election isn’t just about making parliament more gender balanced, it’s about making it more human, so if you’re in the UK and you’re making your decision, why not ask your candidates where they stand on gender balance and see how they do? If they know their gender pay gap from their equal pay then things might be able to change for the better, and if not, well, there’s always 2022. It’s up to you…