You are currently reading Issue 53: Women in Exporting, April 2016
Skip to content 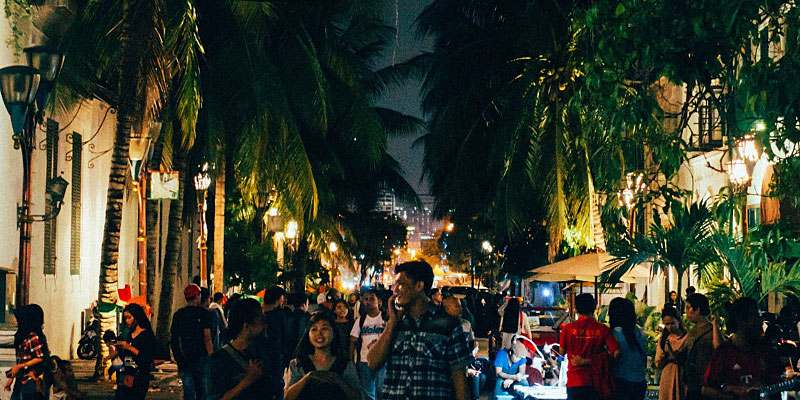 I started my career in banking back in 2000 as a personal banking data entry clerk – I wasn’t sure what I wanted to so thought I would take this role as a temporary stop gap. Twelve years later and with a few promotions under my belt, I had progressed to working as a strategy director in a major international corporate bank, based in London but with global responsibilities.

This was my first real exposure to working on an international scale – shaping cross border transactions and solutions that met my client’s financial needs really exposed me to what doing business internationally meant in practice. I was also fortunate and lived and worked in Hong Kong for six months, helping the local teams in market.

My husband was then offered a transfer to head up a business in Jakarta, Indonesia, for a three-year period. After some initial hesitations, he took the role and so began six months of a long distance relationship and date weekends in Dubai! It sounds very glamourous but the reality was very different.

I decided to resign from my job in London and join the expat wives abroad and embrace all that went with that title … afternoon tea, getting my nails done once a week, spa sessions at luxury hotels. But I was bored within a month!

I was hopeful that given my credible banking CV, I would seamlessly slip into that world again but 10,000 miles away from where it all started. It became evident very quickly that this wasn’t an open route for me owing to various Indonesian Government restrictions and the fact that the banking was almost a closed sector.

I then joined the British Chamber of Commerce in Jakarta as a senior consultant role became available for a part time expat to help get them get ready to take on a major UK Government project. I had the right skill set, having spent a large part of my banking career in the risk function, so I was able to implement frameworks and help bring the local team up to speed in readiness for the go live date on the project.

The UK Government project was all around the initiative to get UK SMEs [small and medium sized enterprises] exporting and for the Chambers of Commerce overseas to provide that support conduit. Needless to say, my part time role soon became a full time role and my team grew three fold over the two and a half years I worked at the Chamber in Jakarta. I loved meeting with UK SME businesses and finding out first hand their drivers, ambitions, concerns and absolute passion for their products.

Upon our return to the UK in 2015 (and after the birth of our daughter, Sophie!), the British Chambers of Commerce in London was advertising the current role I now occupy and the rest, as they say, is history!

The British Chambers of Commerce connects numerous Chambers of Commerce around the UK and overseas – nearly 90 overall – via our Global Business Network. Through it, we unite local business networks, connected to tens of thousands of businesses. SMEs join their Chamber of Commerce for no-nonsense advice, business growth and trade services – as well as the connection to business networks around the world. So when a small company is looking for a trusted supplier in Singapore, they know they can find it through us!

The UK is heavily reliant on consumer spending to grow the economy. Moreover, we have had a long-standing trade deficit – which stood at £34.7bn for the full year of 2015 – meaning we are importing much more than we are exporting right now. It is important for a more balanced economy, as well as for the growth potential of UK businesses, that we put focus more on exporting.

We work side-by-side with many public sector organisations, such as the Institute of Export and UK Export Finance. There are many bodies that support exporters – just try Googling ‘export support’! – the key is for each of us to signpost businesses to each other, as exporters might not be aware of all the different organisations that can offer them useful services.

Born global: The rise and rise of the ‘accidental’ exporter 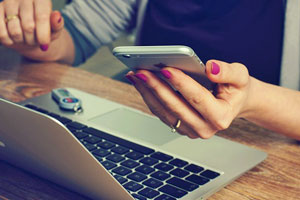 We see a lot of companies becoming ‘accidental’ exporters – where their products are bought by someone overseas, via the company’s website, and the seller subsequently has to learn about customs and other procedures required to make the sale happen. Afterwards they may start considering this country and other markets where they can sell their products – something which could not have happened so quickly without the internet.

Any product, from anywhere seems to be within our reach as consumers – the next step is to encourage companies to feel the same about other markets!

My advice is to be curious, prepare and be tenacious! It can take a fair amount of groundwork before you can become a successful exporter. First, identify in which markets there will be demand for your product, and why there is a niche. Then, get to know the intricacies required to export there: from customs procedures to cultural differences. And then, when it comes to working in market – do not be daunted by these new experiences!

There will, undoubtedly, be differences in working habits – from the time required to complete an order to the paperwork required – the key is to understand which ones you are comfortable dealing with.

It’s important to do your research and have an open mind! If I’d researched my opportunities available in Indonesia ahead of landing in country, I would have saved myself a lot of uncertainty and focus in the wrong areas.

It can be very daunting entering into what is at first, an alien environment but support is there – the British Chambers of Commerce Global Business Network is a useful source of guidance and expertise. It certainly did take me a fair amount of time to get used to the way in which women are viewed in less developed countries … I think I spent the first few months counting to ten on a regular basis!

But through understanding and embracing all that was thrown at me, I learnt how to operate in a professional and respected manner. Relationship building is absolutely key in these types of environments, both on a personal and professional level.

Coming up next for the British Chambers of Commerce

We are actively building up our Global Business Network – with more and more overseas Chambers joining our ranks. What this means is that a UK business can go to their local Chamber and find support in over 30 markets overseas – and we want this number to keep growing, so that businesses know they can call on a reliable Chamber of Commerce, providing services from market intelligence to introduction to local partners, wherever they go! 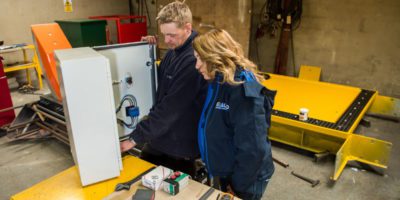 Protecting people and property by engineering solutions for a safer world – Debbie Heald, Co-owner and Managing Director of Heald Ltd 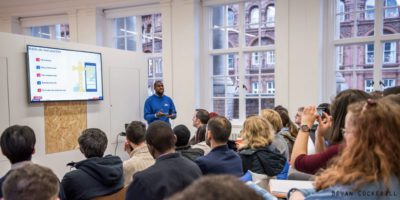 Bringing digital skills to SMEs so they can grow their businesses internationally – Holly Stephens, Partnerships and Marketing Programs Manager for Google’s The Digital Garage 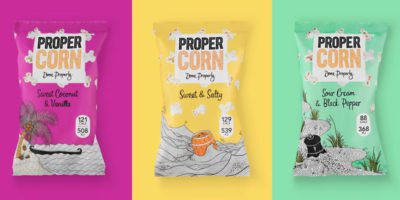